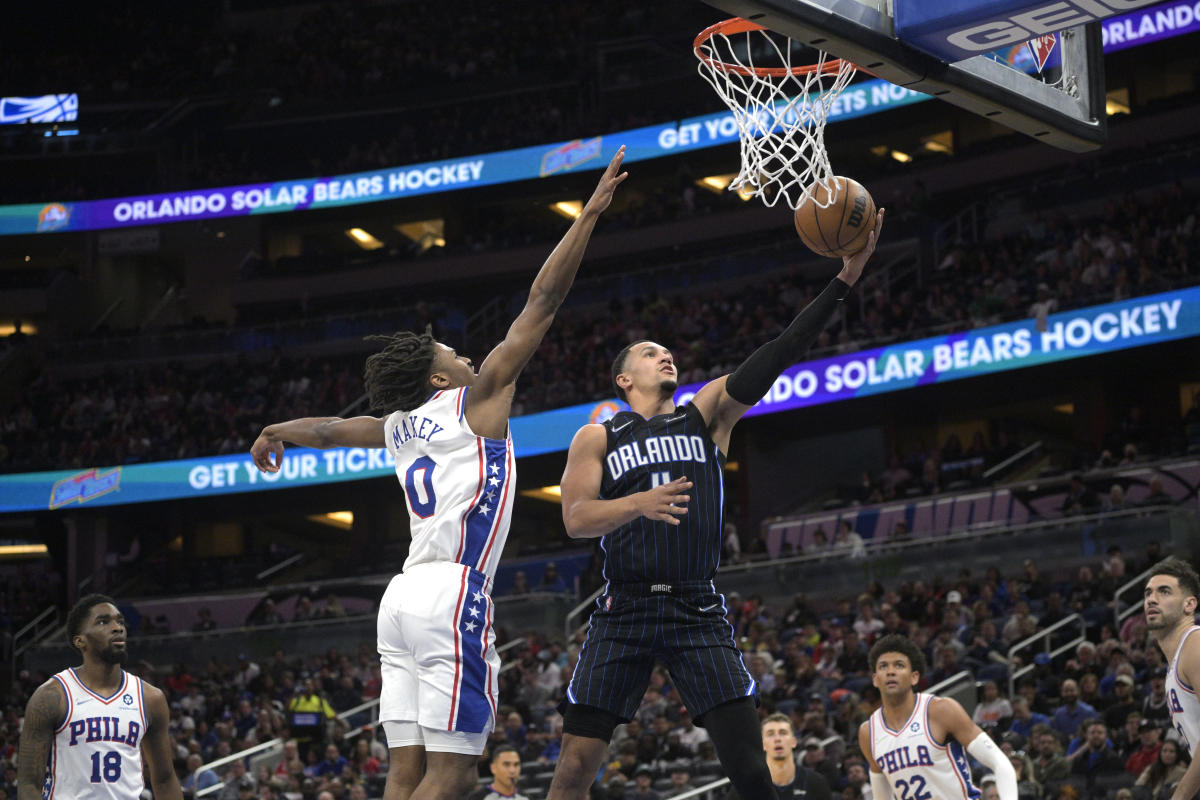 Orlando Magic rookie Jalen Suggs was ruled out of playing Tuesday versus the Brooklyn Nets due to a right ankle bone bruise, head coach Jamahl Mosley said at shootaround.

Suggs has battled through a sprained right ankle for much of the past two weeks after initially injuring it on March 4 versus the Toronto Raptors. He missed two games but was eventually cleared to play and appeared in each of the last three games.

The fifth pick suffered his latest setback on Sunday in a loss to the Philadelphia 76ers. He was hobbled throughout the contest and was ultimately ruled out of returning late in the game. Mosley said Suggs is considered to be day-to-day with the injury.

We’re going to keep monitoring just to see exactly how he pulls up. Giving him some time off in this situation is probably the best thing for him so that we don’t have any more reoccurring injuries there. He is just going to monitor day-by-day and see how he goes with a little bit of rest.

The Magic have often been cautious with injuries and will not rush Suggs back into action too quickly. The contest on Tuesday will be the 24th that Suggs has missed: He was sidelined 20 games due to a fractured thumb and four because of right ankle injuries.

Suggs, in 46 games, is averaging 12.1 points, 4.4 assists, 3.7 rebounds and 1.2 steals this season. He ranks eighth in scoring among all first-year players and third in assists.