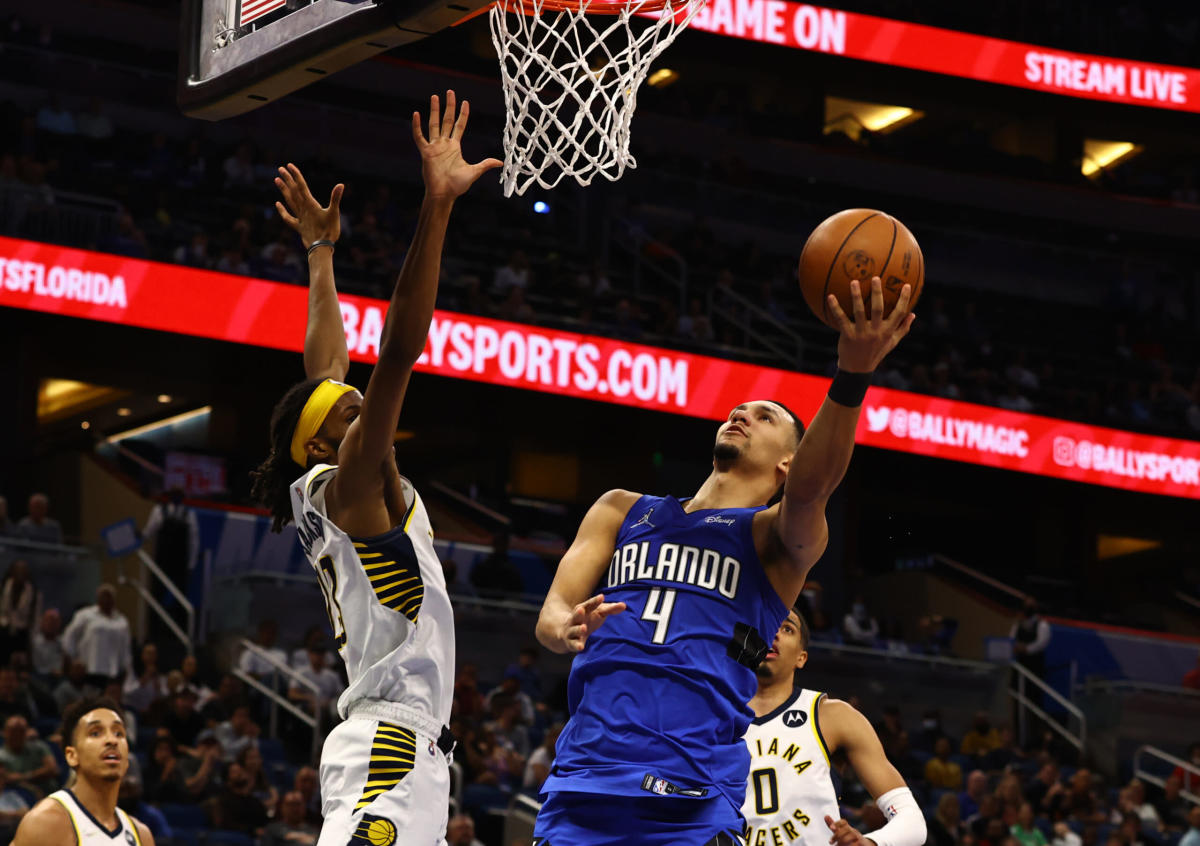 Orlando Magic rookie Jalen Suggs did not practice with the team on Monday due to a sprained right ankle, head coach Jamahl Mosley said.

Suggs appeared to injure his ankle on Friday in a win over the Toronto Raptors. He recorded 15 points, seven assists and six rebounds in 29 minutes of work and was hobbled throughout the contest. The team held him out on Saturday in a loss to the Memphis Grizzlies.

The fifth pick attempted to play versus the Grizzlies but was ultimately a late scratch from the lineup. He is listed as questionable to play on Tuesday against the Phoenix Suns and will continue to receive treatment in order to suit up in that contest.

“Jalen did sit out today’s practice,” Mosley said. “We’re just going to keep evaluating him and see how he does with responding to the treatment as we go forward.”

The Magic have often been cautious with injuries this season and will not rush Suggs back into action too quickly. He has missed 22 games this season due to various injuries, including 20 due to a fractured thumb and one because of a previous right ankle sprain.

Suggs, in 43 games, is averaging 12.5 points, 4.5 assists, 3.7 rebounds and 1.3 steals this season. He currently ranks seventh in scoring among all first-year players and third in assists.

Franz Wagner among rare company to start every game this year