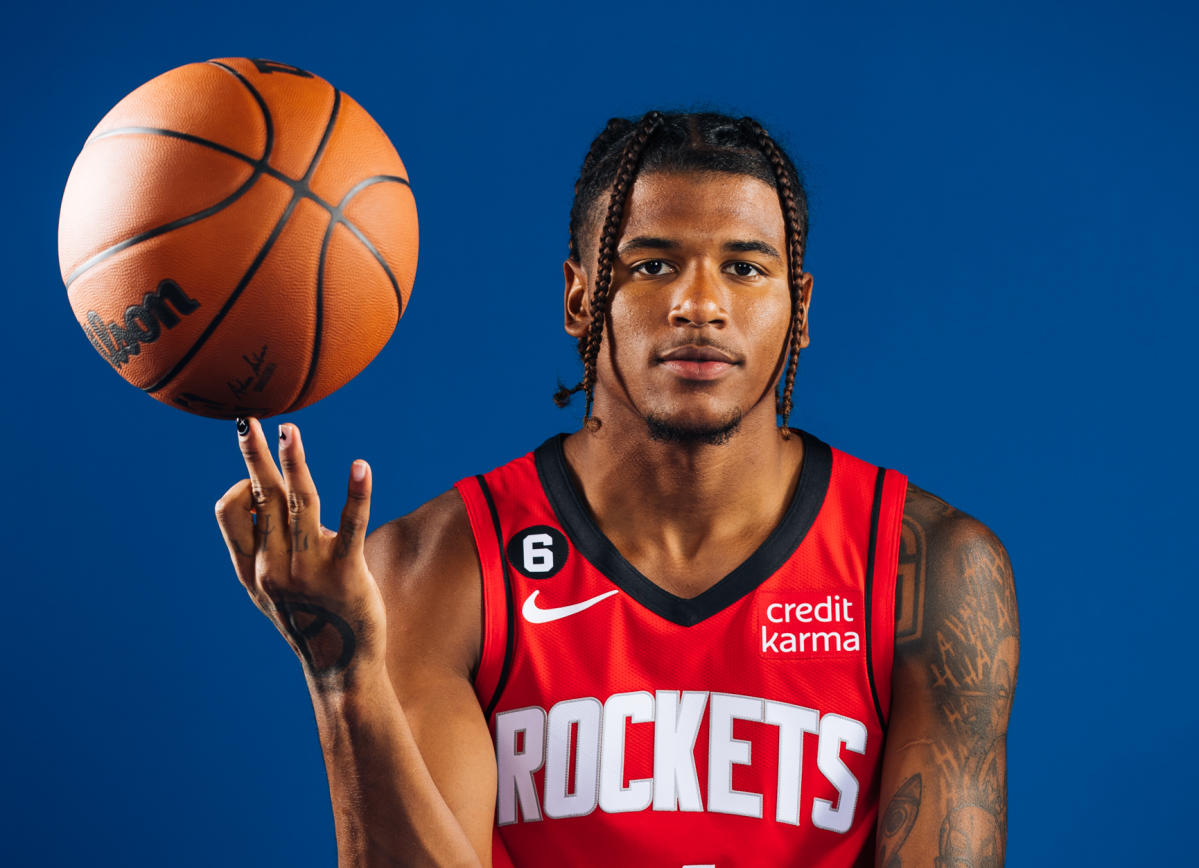 LAKE CHARLES, La. – With both knees iced after a rigorous second day of Rockets training camp, shooting guard Jalen Green stood on the sidelines waiting on his cue from a member of Houston’s communications staff to let him know it was time to interview.

During that brief wait, the McNeese State University men’s basketball team was taking the floor, warming up for practice.

As the second-year prospect watched players take some shots, you could hear him speaking to himself as he observed players that he might have competed against, had he opted to play college basketball.

“That’s flat,” Green said to himself. “Gotta get up more on that jump shot.”

Green, 20, probably was repeating something he heard during the numerous hours of shooting drills done with assistant coach John Lucas after practice. He is so dialed in to taking his game to another level and making Houston successful that he marvels at the opportunity given him at such a young age.

“Carry my team to more wins than last year, and hopefully be an All-Star,” said Green during Rockets media day about some of his personal goals he wants to achieve this year.

As he spoke to the media on Tuesday, Green had the same energy and enthusiasm from last season that landed him a spot on the 2021 All-Rookie First Team.

“I feel great,” Green told reporters. “I’m ready to start the season. I’m excited to get back. I feel like I’ve learned a lot more over the summer and worked a lot on my game to progress and stack days coming into the season.”

“Just getting the rhythm and finding what is going to work and not going to work within the starting five,” Green said. “From the first day (training camp) we didn’t play so much, to today we were playing a lot more and we just found rhythm.”

Much has been made about how Green, who was selected with the No. 2 overall pick in the 2021 NBA draft, changed after last season’s All-Star break. In that span, he elevated his game to the next level, averaging 26.1 points per game while shooting 41% from 3-point range in his last 10 games of the season.

He also scored 25 or more points in seven of those games, including a season-high 41-points versus Atlanta to close the season.

Green attributes some of his second-half success to backcourt mate Kevin Porter Jr., who also elevated his game during the final seven-game of the season. The tandem gave the Rockets fans and coaching staff a glimpse of what they could potentially become in the future. Yet, Green doesn’t feel the need to rush the process.

“I wouldn’t say that it is a sense of urgency,” Green said when asked about picking up where they left off. “We all want everyone to win on the team and we want everyone to be comfortable and happy. We feed off of each other’s energy, too, so it just makes it a lot easier.”

Green and the rest of the Rockets have one more day of training camp before heading back to Houston for their first preseason practice on Saturday and a game on Sunday against San Antonio.