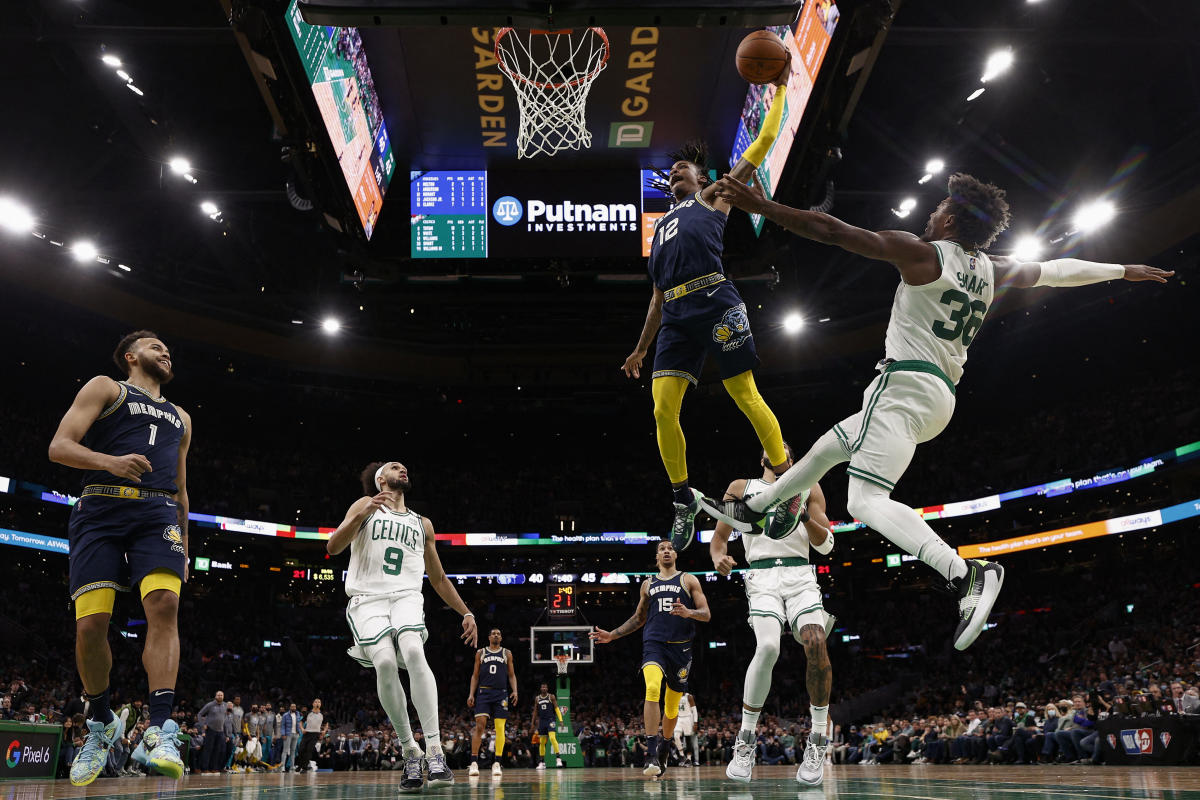 The Memphis Grizzlies star is a walking highlight.

Morant, just before halftime of their matchup with the Boston Celtics at TD Garden, threw down an absurd left-handed slam on Marcus Smart off a pass from Kyle Anderson.

The play is one of many he’s had in recent days and weeks.

on Monday night, which set a franchise record and marked the second-straight game where he scored a career-high.

During that game, Morant not only threw down a wild dunk over Spurs big man Jakob Poeltl, but he also hit a ridiculous fade-away buzzer-beater at halftime.

That buzzer-beater quickly became the . It reportedly picked up more than 42 million views almost overnight, and accumulated more than 80 million views from that game in general.

As of Tuesday, he had 385 million views so far this season, the in the league.

Morant entered Wednesday’s game averaging 27.6 points, 6.6 assists and 5.9 rebounds per game so far this season, his third in the league. He’s helped lift the Grizzlies into third place in the Western Conference, too, shortly after earning his first All-Star nod.

Though he fell short of earning Player of the Month honors in February — that went to Luka Doncic in the Western Conference — Morant certainly isn’t letting that get to his head. These last several games more than prove that.