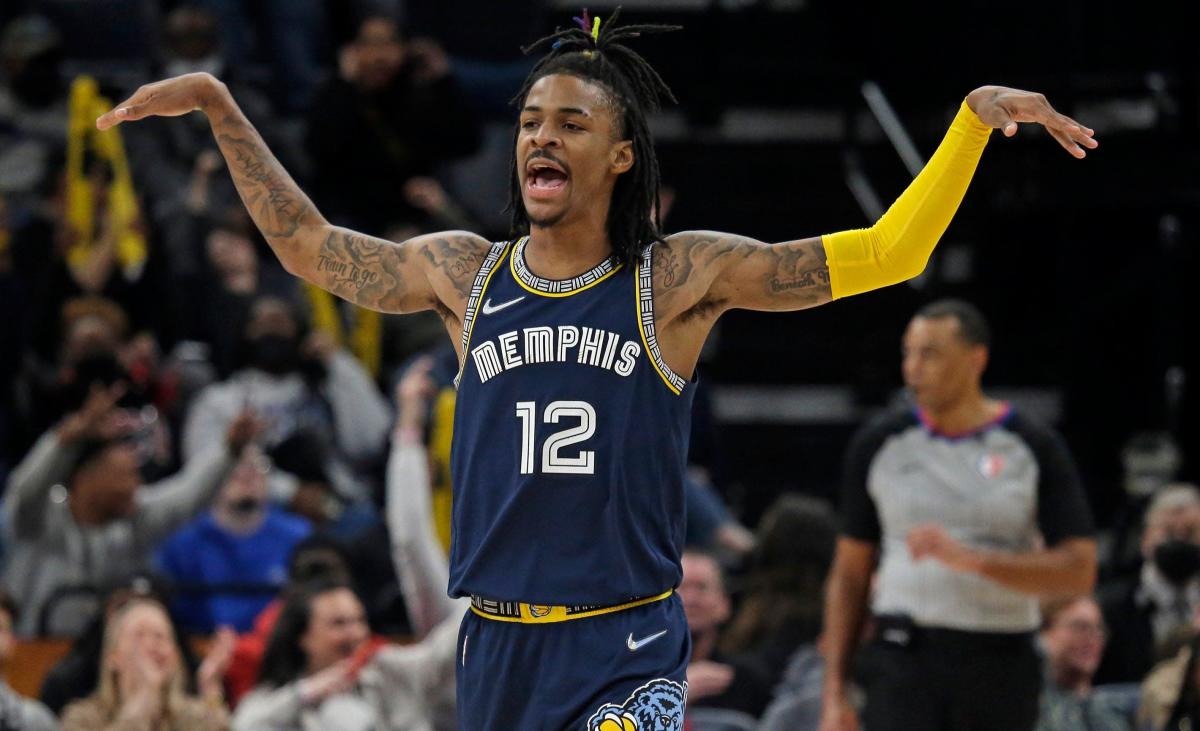 A game that was supposed to be about Gregg Popovich’s ranking on the all-time coaching wins list turned into an all-time Ja Morant highlight tape.

Logo 3-pointers, poster dunks, buzzer-beaters and and a franchise-record 52 points were on the menu Monday night for the Memphis Grizzlies All-Star.

Morant’s big performance was more than enough for the Grizzlies to defeat the San Antonio Spurs 118-105 at FedExForum.

The crowd went wild and showered Morant with “MVP!” chants as he topped 50 points for the first time in his career, breaking the franchise single-game scoring record he had set two days earlier. The anticipation built after each basket.

Here are three observations from the Grizzlies’ win:

It’s best to be careful when Morant makes a jaw-dropping play. The first instinct is always to call his wild finishes some of the best plays you have ever seen, but there was no need for recency bias on Monday night. Morant scored 29 points in the first half, and his last two baskets had each level of the FedExForum crowd standing on its feet.

First, Morant rose up from the left edge of the paint and dunked over the 7-foot Jakob Poeltl with contact. Then, Steven Adams launched a pass the full length of the court as Morant jumped, tipped the ball and made a midrange jumper buzzer-beater with 0.4 seconds on the clock.

Pop to be denied

Popovich entered Monday’s game one win shy of tying Don Nelson for the most regular-season coaching wins of all time. His Spurs played like they wanted to get the job done in Memphis. Six Spurs scored in double figures. Morant was joined by De’Anthony Melton (15 points) and Tyus Jones (13 points) in double figures for Memphis.

The Grizzlies blew a 15-point lead two games ago against the Minnesota Timberwolves and led by as many as 17 before it got within one point against the Chicago Bulls. Memphis had an 11-point lead entering the fourth quarter Monday and it was trimmed to seven before Grizzlies coach Taylor Jenkins called a timeout. In came Morant and that was all she wrote. The game didn’t get any closer.