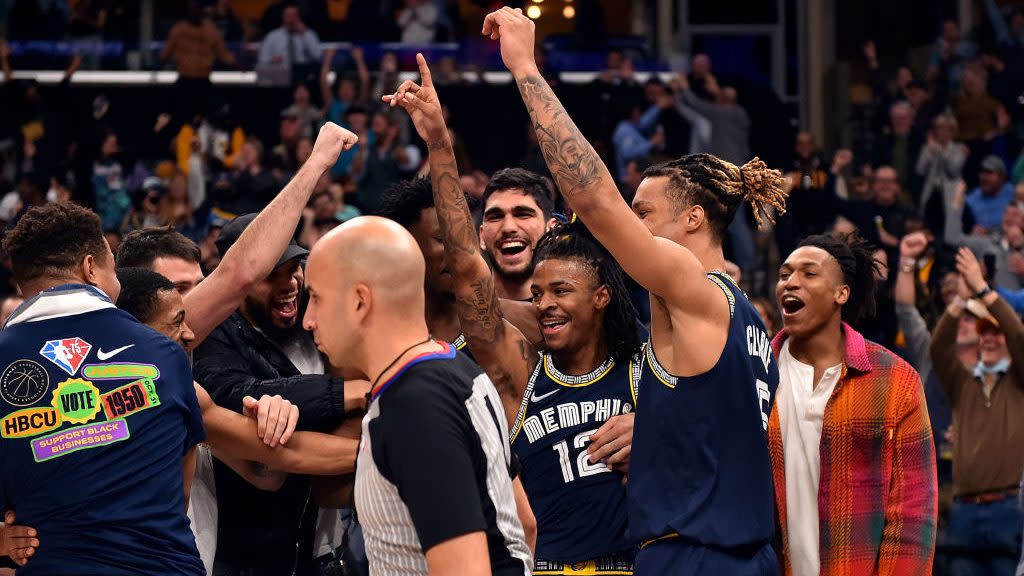 Ja Morant had maybe the Dunk of the Year over Jakob Poeltl.

The most exciting player in the NBA keeps one-upping himself. A game after scoring a career-high 46, Morant set a new personal best with 52 points in the Grizzlies’ 118-105 win over the Spurs on Monday.

His dunk on Poeltl was awesome:

But I’m partial to Morant catching and converting this full-court inbound pass from barely inside the 3-point arc while falling out of bounds with 0.4 seconds left in the second quarter:

And nearly every single one of Morant’s baskets was electric.

More on the Grizzlies

See also  Victor Wembanyama solidifies himself as the favorite to go No. 1 in the 2023 NBA draft