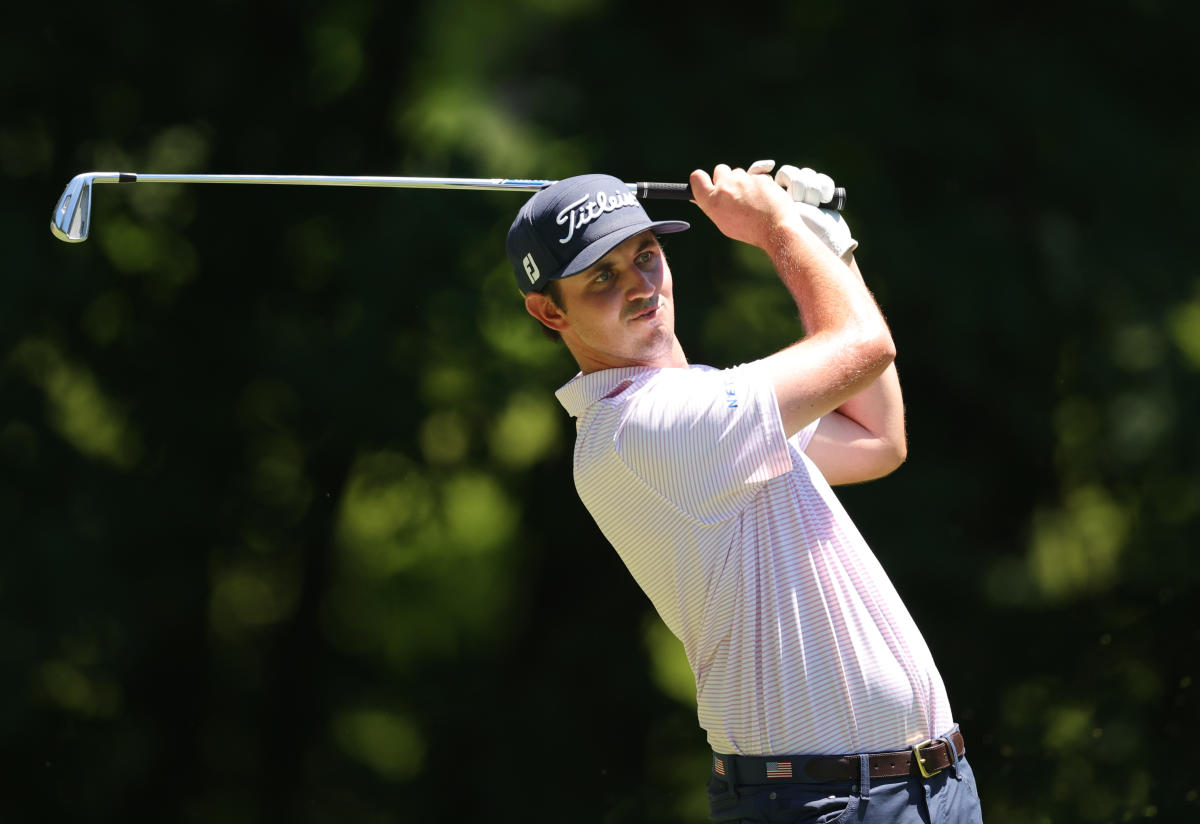 J.T. Poston picked up right where he left off on Sunday afternoon.

Poston, after a dominant start to the week in Silvis, Illinois, cruised to claim a wire-to-wire victory at the John Deere Classic. The win marks Poston’s second on the PGA Tour, and his first since the 2019 Wyndham Championship.

“Wire to wire, having the lead for so that it’s just hard not to think about that fine line all week,” Gooch said.

“I tried to stick to the game plan. Got off to a great start and then kind of started to try and get some back. Hit a lot of good shots down the stretch. Flener did a great job keeping my head in it and focused on the next one.”

Poston opened the tournament with a 62 for the second straight week, matching his career low. He then took a four-shot lead after his 65 on Friday, and took a three-shot lead into the final round thanks to a clutch birdie on the par-5 17th.

He didn’t waste any time on Sunday, either. Poston made three straight birdies to start his day, including one deep putt from just off the green, to suddenly take a massive five-shot lead over the rest of the field.

Though that lead didn’t hold, Poston kept the rest of the field well behind him the rest of the way. He nearly drained a 67-foot putt at one point, too, but the flag got in the way.

Poston, after a pair of bogeys on the front, rattled off 10 straight pars before making birdie at the 17th to keep his lead at three.

From there, he quickly closed out his 2-under 69 round to take the win.

“I was just trying to breathe,” Gooch said. “I was really — I think there were a lot of nerves, a lot more than the first few days. I was just battling through them. I think after today day, after this week, I feel like knowing I can play with those nerves and I can still win, still shoot a solid score considering the pressure and trying to win out here.”

While Poston’s season got off to a rough start — he missed six straight cuts last fall — he’s turned things around significantly this summer. Poston finished T3 at the RBC Heritage in April and pulled off a top-10 finish at the Wells Fargo Championship nearly a month later. He finished in second at the Travelers Championship last week, too, which marked his fifth top-25 finish of the season.

The Tour will hold the Barbasol Open next week, though most of the sport’s biggest names will be at the Genesis Scottish Open. That DP World Tour event is the final one before the British Open in two weeks. The Scottish Open has banned all LIV Golf players from competing, but it will still have 14 of the 15 top-ranked players in the world.