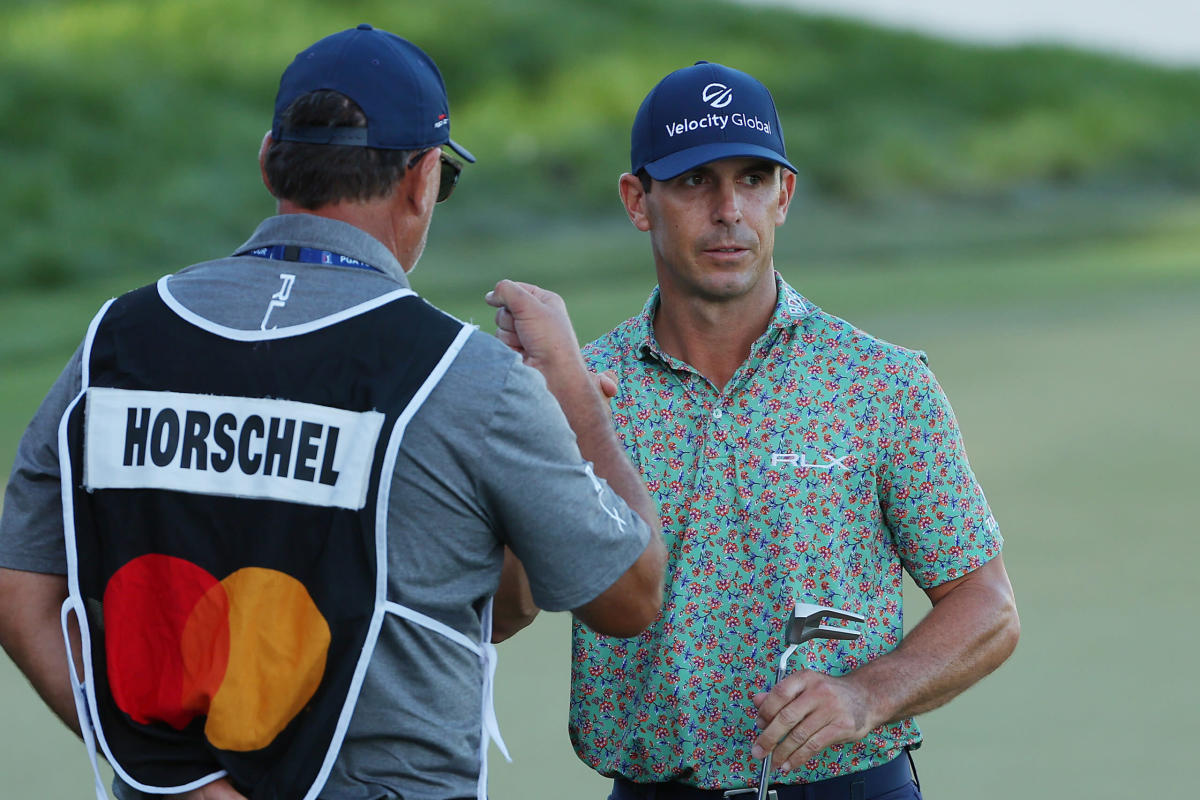 ORLANDO – Graeme McDowell stiffed his approach at 18, tapped in for birdie and signed for 3-under 69 at Arnold Palmer’s Bay Hill and Lodge for one of just seven rounds in the 60s on the third day of the Arnold Palmer Invitational. But that doesn’t mean the former U.S. Open champ wasn’t spent after a trying day on the course.

“It’s a stressful golf course with a lot of shots that stress you out,” he said.

McDowell, who lives in the City Beautiful, planned to kick up his feet, check out the remainder of the broadcast, fire up the grill and watch the rest of the field get roasted by baked-out greens.

“I might have to drink a little less wine than I was going to,” said McDowell, who teed off more than three hours ahead of the leaders Saturday. “It’s very difficult out there and not getting any easier.”

By the end of the day, McDowell stood tied for sixth at 3 under. The wind blew and scores soared. Just ask rookie Hayden Buckley, who skied to an 84 and ditched his putter outside scoring and left his caddie to retrieve it. At least he finished the round with his short stick. Australian Matt Jones heaved his into a lake in frustration.

“It’s just on a knife edge,” said Rory McIlroy, who struggled to 76 and was tied with McDowell after three rounds. “The last few years, we sort of know what to expect coming here. It just seems to be this way over the weekend. It’s just hard. It’s hard not to get frustrated.”

McDowell described the greens as icy and the rough as U.S. Open length. Add in the crosswinds and it was a recipe for disaster.

“If you don’t hit the fairway, it’s almost impossible to hit a green,” McIlroy said.

Billy Horschel was one of the few, the proud to shoot in red figures, sinking a 30-foot birdie putt from just off the green – after taking a fortunate free drop from the rough because of a sprinkler head – at 18 to post 1-under 71 and share the 54-hole lead at 7-under 209 with Talor Gooch. Those who embraced the challenge, such as Horschel, seemed to fare better.

“This is awesome golf. It’s testing and it wears you down,” he said. “I can’t even say we all enjoy it all the time, but we do enjoy because it does reward fairly good golf shots on a regular basis. It rewards people who think their way through a shot and how it needs to be played to really turn out properly.”

“It was not fun, but it’s the right test,” said Max Homa, who made a hole-in-one at the 14th en route to a 73 and attested to Scottie Scheffler tying for low round of the day with 68. “I played with a guy who’s one of the best players in the world, and he played a really good round of golf and made it look pretty easy.

To his point, only 16 of the 78 players that made the cut were in red figures after three rounds. For a time it looked as if Viktor Hovland might run away with the tournament. The 24-year-old Norwegian holed out for eagle from 38 yards in a greenside bunker at the par-5 sixth hole to offset a shaky bogey-bogey start to his third round.

“I kind of thought I was in no-man’s-land, just try to chunk it out there and give myself a putt at it. Came out really soft and landed in the first cut and just died and went in,” he said. “That was really nice for at least the next few holes, and I was really in a good rhythm until some bad shots on the back nine.”

He was 10 under for the tournament and leading Gooch by four strokes at the turn after a birdie at No. 8. That happened to be his final birdie of the day, and he sprinkled four bogeys on his inward card including at the final two holes to shoot 75 and trail the co-leaders by a shot.

When asked if he enjoys playing a tournament where single digits could very well be enough to win Sunday and earn his first victory on U.S. soil, Hovland said, “To be honest, not really. I think now it’s maybe on the border where everything kind of becomes a scrambling competition. As I’ve said before, that’s not really the strength of my game. But what I think is cool at least is I’m able to be in contention in a tournament under these conditions that don’t really play into my hands.”

Horschel, who was born and raised in Grant-Valkaria, Florida, about 90 minutes from Bay Hill, said he expected Sunday to be an emotional day, especially if he were to slip into the winner’s red alpaca sweater.

“It would be very special. You said I grew up an hour from here, came here as a kid, caddied in the Pro-Am multiple times. A lot of family and friend support around here,” he said. “Then you add on Arnold Palmer’s name to it. It would be something very special that at the end of my career I could say that was a special victory.”