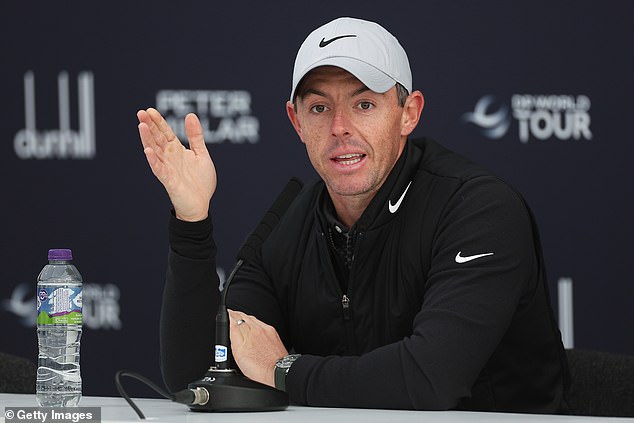 He’s been golf’s most vociferous critic of the breakaway LIV tour but there are tentative signs Rory McIlroy might be softening his perspective.

While there’s not quite any suggestion the Northern Irishman is about to abandon the PGA Tour for Saudi millions, McIlroy has said he wants the parties to hold talks and work together.

And while the 33-year-old believes the atmosphere is too delicate for those discussions to be held right away, he implied they need to happen sooner rather than later.

‘I’ve always said there’s a time and place where everyone involved needs to sit down and work together,’ McIlroy said. ‘It’s very hard to do that right now with court cases going on.

‘There’s a natural timeline to let things settle down a little bit. People can go into those meetings with a cooler head.

‘Right now, with where everything is, it’s probably not the right time but we probably can’t leave it too much longer. I’m all for getting around the table and sorting things out.’ 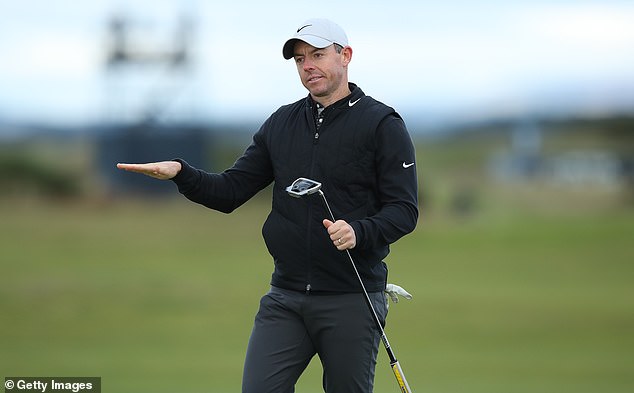 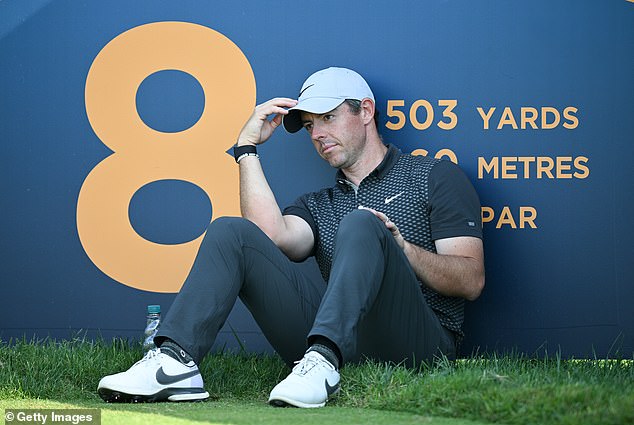 McIlroy also said that LIV players should be getting ranking points for the events they play in, as well as being eligible to compete in majors.

‘If Dustin Johnson is somehow 100th in the world it’s not an accurate reflection of where he is in the game,’ McIlroy said. ‘But at the same time, you can’t make up your own rules.

One key argument at present over the ranking points is that LIV tournaments are three rounds, where as PGA Tour and DP World Tour events are four.

PGA Tour commissioner Jay Monahan said last month that he didn’t have any intention to hold talks with LIV, referring to the court rows that McIlroy also alluded to.

‘As it relates to any of the scenarios for LIV players, and coming back, I’ll remind you that we are in a lawsuit,’ Monahan said. ‘They’ve suited us. I think talking about any hypotheticals at this point doesn’t make a lot of sense.’

Earlier this week, it emerged that Phil Mickelson and Ian Poulter, two of the bigger names to switch to LIV, were stepping away from the lawsuit and removing their names as plaintiffs. 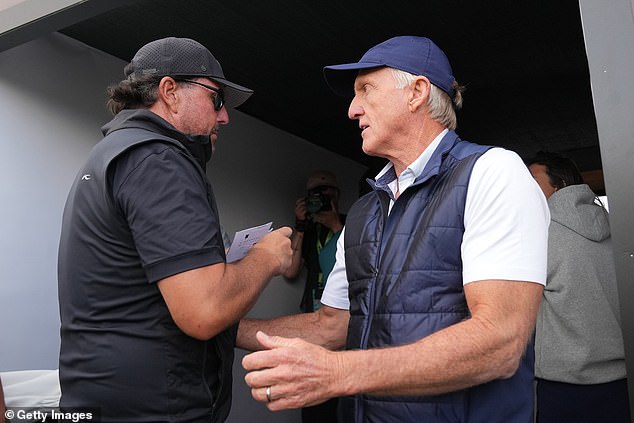 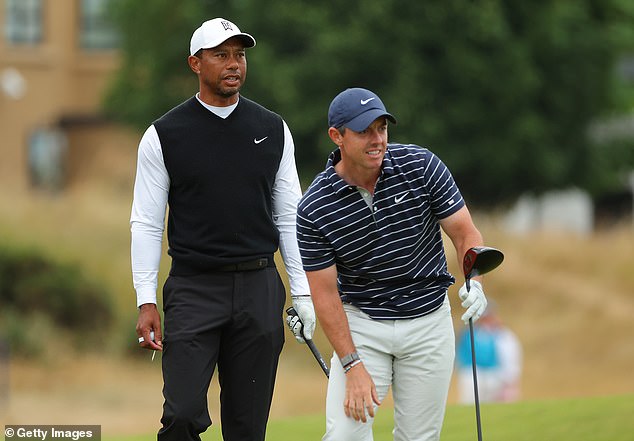 Tiger Woods rejected an offer of around $700m-$800m to join LIV, Norman said

But McIlroy’s words still mark a shift in tone. In late August, McIlroy said he ‘hates’ LIV and the fact that LIV players were able to compete in the PGA Championship at Wentworth, which was held in September.

‘If you believe in something I think you have to speak up, and I believe very strongly about this. I really do,’ McIlroy said.

‘I hate what it’s doing to the game of golf. I hate it. I really do. Like it’s going to be hard for me to stomach going to Wentworth in a couple of weeks’ time and seeing 18 of them there. That just doesn’t sit right with me.

Furthermore, McIlroy’s friend Tiger Woods rejected an offer in the region of $700m-$800m to join LIV – as confirmed by LIV commissioner Greg Norman.

Bryson DeChambeau, one of the higher profile players to switch to LIV, told Tucker Carlson in August that he ‘personally knows’ a resolution will be found between LIV and the rest of the world of golf.

‘I definitely think it will wash itself out in the future, pretty shortly.’