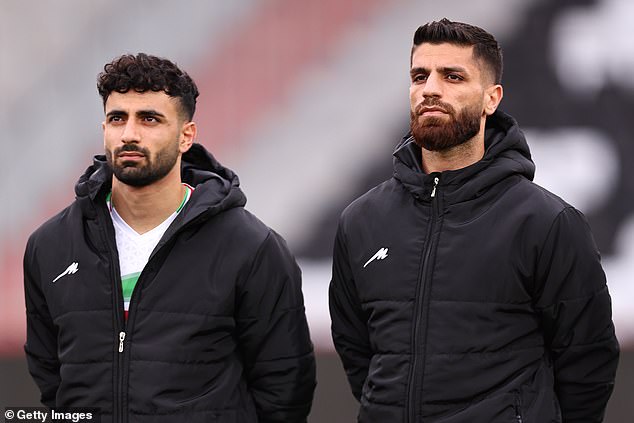 Iran’s football team covered their national team’s kit and emblem during the national anthems before kick-off at home against Senegal in their final match before the World Cup.

The game – which ended 1-1 – was overshadowed by the widespread demonstrations coursing throughout the world in the wake of the death of Mahsa Amini, 22, who was in police custody when she died.

The team stood arm in arm prior to the match, and only took off their black jackets to play the match in Austria, which was played behind closed doors in attempt to dissuade protest by edict of the Iranian FA.

However groups of protestors flocked to the stadium in an attempt to get their message heard on national broadcasts as the clamour for justice continues.

Bayer Leverkusen forward Sardar Azmoun wrote on Instagram on Sunday: ‘At worst I’ll be dismissed from the national team. No problem.

‘I’d sacrifice that for one hair on the heads of Iranian women. This story will not be deleted. They can do whatever they want. 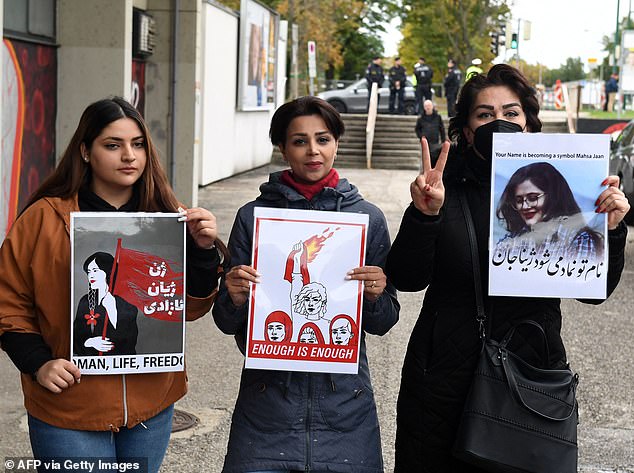 ‘Shame on you for killing so easily; long live Iranian women.’

His post was later taken down in favour of a less strongly worded version, but the forward has since joined his team-mates in blacking out his social media profile pictures as a show of solidarity. 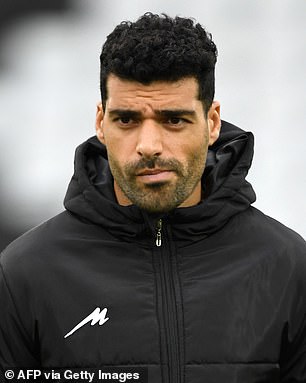 Amini’s death has sparked demonstration and cries for justice not just in Iran, but across the world.

She was placed under police custody, having allegedly worn a headscarf improperly earlier this month, and as such many female protestors have taken to the streets without state-mandated hijabs and even cutting their hair in an act of defiance.

The team’s silent protest comes just days after two demonstrators were accosted by Austrian police, holding placards declaring Amini was ‘murdered by the police of the Islamic Republic of Iran’ ahead of a friendly with Uruguay.

Iran’s next outing will be on November 21 against England, who’s manager Gareth Southgate was one of the only spectators allowed in the stadium. 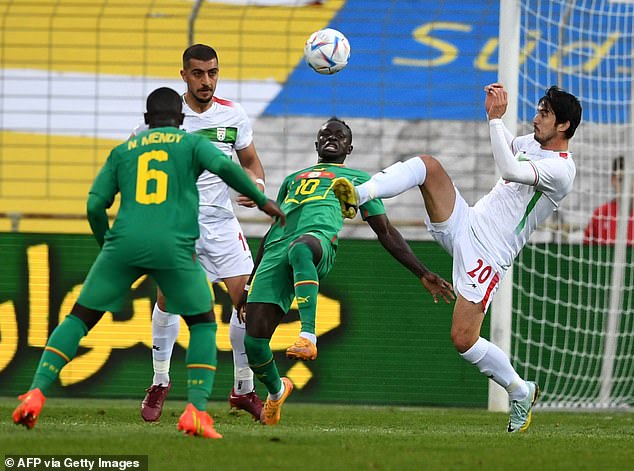