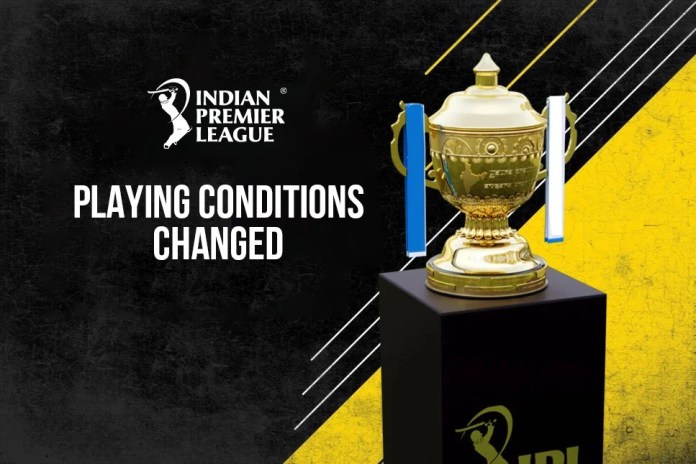 IPL 2022: BCCI brings about major changes in playing conditions – The Board of Control for Cricket in India (BCCI) has brought about some major changes in the playing conditions ahead of the IPL 2022 season. The 15th edition will feature multiple DRS referrals, while COVID-19 rules have been updated in case of an outbreak within the team. The BCCI have also taken a page out of the new MCC rules, with a new batter to take strike after a dismissal. Follow Insidesport.in for all IPL 2022.

As per a Cricbuzz report, the BCCI have announced some major changes to IPL 2022’splaying conditions, in line with the changing environments in the game. A major change comes into the rule of schedule changes, with BCCI announcing that teams stand a chance to lose points should they be unable to field a XI after a COVID-19 outbreak, and a rescheduling of the same isn’t possible.

In a BCCI communique, the Indian cricket board stated, “Unable to field a team on account of COVID for any match due to having less than 12 players available in the playing XI (of which at least 7 must be Indian) plus 1 substitute fielder.

The change is major considering that last season the BCCI had decided to reschedule the entire second half of the season later following an outbreak. Should a repeat happen, the team, which will be unable to field a team, will concede two points to their opponents. A team should at all times have at least 7 Indian players available to field a team, and a failure to do so will see them lose out on the game.

In another change, the BCCI have also increased the number of referrals per innings from one to two. Furthermore, in a rule recently endorsed by the MCC, a new batsman will strike after a dismissal even if the batsmen have crossed during a catch.

“Upon a catch dismissal, irrespective of whether the batsmen have crossed or not the incoming batsman will take the strike, except if it’s the last ball of the over,” the BCCI informed the teams.

The BCCI also suggested said that in case of a Super Over to break a tie in the playoffs final is not possible, then the team that has finished higher in the league will be declared winners.

“If conditions do not permit a Super Over, or subsequent Super Overs within the time available to determine the winner as described, then the team which, at the end of the relevant regular season, finished in the higher position in the league table will be deemed the winner of the relevant play-off match,” the rules state.

The IPL 2022 will take place in Mumbai and Pune and the playing conditions have stated that the BCCI has the discretion to conduct the play-offs at any other venue. The playoffs are likely to be conducted at another venue, with Ahmedabad and Kolkata as potential options.