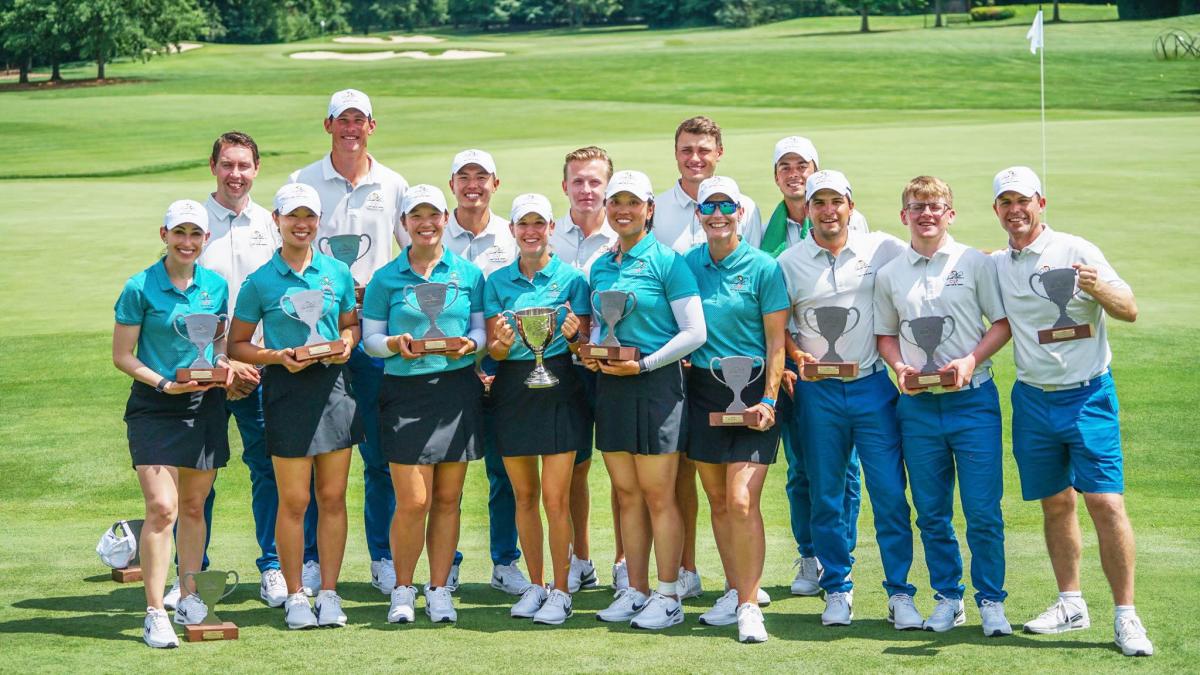 For the third time in the past four editions, the Internationals have won the Arnold Palmer Cup.

The Internationals broke out of an 18-18 tie entering Sunday’s singles session by winning 13 of the 24 matches, and they ended up with a 33-27 result at Golf Club de Geneve in Switzerland.

Leading the way for the home side was Arkansas’ Mateo Fernandez de Oliveira, who complete a 4-0 week by beating Baylor’s Johnny Keefer, 4 and 3. The U.S. boasted a 4-0 player as well in USC’s Amari Avery, who beat Stirling’s Lorna McClymont, 6 and 5.

“I’m so happy for this and the team,” said Mississippi State’s Julia Lopez Ramirez, who earned the Internationals’ first point on Sunday with a 4-and-3 victory over Stanford’s Brooke Seay.

Added Texas Tech’s Ludvig Aberg, who tied North Florida’s Nick Gabrelcik in singles: “If you look back at the players who have played in this tournament before, it is a testament to how strong college golf is and where it’s headed. A lot of the people who played this week will do great things on the pro golf circuit as well, so being able to win as a team is fantastic.”

Aberg was one of three International players who were awarded professional exemptions. Aberg received an invite into the 2023 Arnold Palmer Invitational. Stanford’s Aline Krauter and Alabama’s Benedetta Moresco will both play in the Evian Championship later this year.

“This exemption is literally perfect,” Aberg said. “For what he did for his legacy and this sport, it is great to get associated with Mr. Palmer. Anytime that you can test the waters before you’re going to do it for real helps tremendously.”