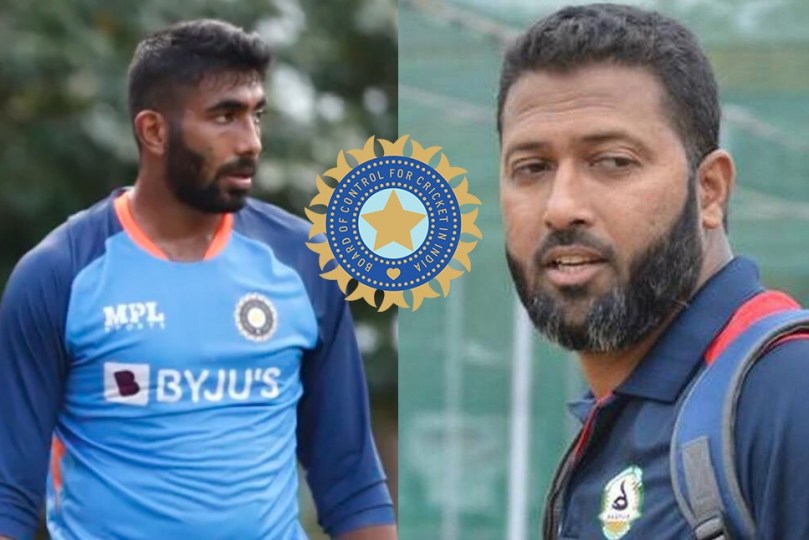 INDIA T20 WC Squad – Jasprit Bumrah Injury Management:  Things are not looking good for India ahead of the T20 World Cup. After Ravindra Jadeja, Jasprit Bumrah has become the second key India player to miss the ICC event. The latter’s episode brings into question regarding the BCCI injury management as well. Can BCCI and the team management be blamed for Bumrah’s back injury recurrence? Former India opener Wasim Jaffer wondered if things would have been better had he been rested for the Australia series recently. Follow Jasprit Bumrah T20 WC LIVE Updates with InsideSport.IN

The big concern in the recent Bumrah episode was the way he was declared fit. Did the BCCI rush him? He even played two matches against Australia after missing the West Indies tour and Asia Cup. Now, the player has broken down despite being deemed fit to be included in the T20 World Cup squad then as well.

See also  No place for Kuldeep, will Shakib find a place?

The BCCI injury management has been a problem for some years now, especially when it comes to pacers. They tend to get injured more often. Interestingly, it was only around 12 months back that there were some new rules with regards to players’ rehabilitation. NCA physios and doctors had to declare an injured player fit before any team selection.

All the Indian bowlers have been at the NCA for treatment sometime in the last few years. In recent times, Harshal Patel, Bumrah, Hardik Pandya (all-rounder), Deepak Chahar, Bhuvneshwar Kumar among others. This is happening during a time when the players workload has been closely monitored. Add the curious case of Navdeep Saini back problems, there are many cases, which points towards poor injury management.

Boom Boom Bumrah is back. pic.twitter.com/LTQyxzoqOW

Now, the problem does not end there. It is the decision making when it comes to injury management. Bumrah’s recurrence of his back injury is not new. The likes of Hardik and Chahar’s injuries have also recurred in a short span, leading to some serious questions about the BCCI injury management.

Coming back to the latest episode of Bumrah, Jaffer had a pertaining question. Did BCCI rush Bumrah into playing against Australia?

“On the hindsight if he would have been rested for Australia series, he might have taken time and got ready for the World Cup. That is what I feel – whether they pushed him too early to play and it recurred. That is what I can think. Probably the stress fracture might have been there not to that extent, but it could have gone worse after playing a couple of matches,” Jaffer said in a ESPNCricinfo video.

To be fair, the BCCI have been trying to address injury problems of the Indian players. They have some good physios and trainers among other officials. But, somewhere down the line, the recurrence of injuries is a serious problem, which needs to be addressed.