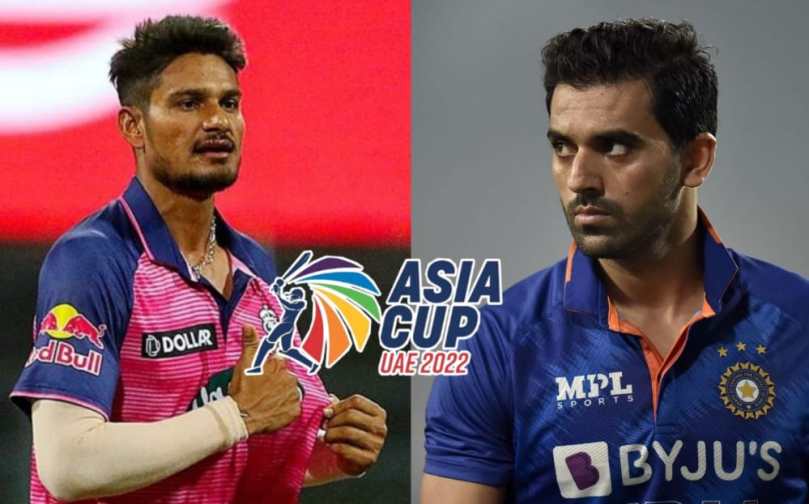 India Squad Asia CUP – India Squad Asia CUP: Deepak Chahar is NOT injured and is still with the team while Kuldeep Sen has got a call-up as a net bowler in Team India. Chahar’s injury news circulated like wildfire. But InsideSport can confirm that he is not injured. Chahar is still with the squad in Dubai as he continues to be a standby bowler. Follow All Asia Cup 2022 LIVE Updates & IND vs PAK LIVE Score updates with InsideSport.IN.

“It’s absolutely rubbish. He is still with the team in Dubai. He joined the practice yesterday and will continue to do so today. He is absolutely fine. Kuldeep has joined as a net bowler. He is a fine talent but not as a full-time option,” a senior BCCI official told InsideSport.

It is worth noting that Chahar was tipped to be included in the main squad after he made a succesful return to the Indian team during the Zimbabwe series. The selectors were in discussion to include him in the squad. But reportedly he has again injured himself and has returned back to India.

The doubts on his fitness was the reason that the selectors had picked Avesh Khan ahead of Chahar in India squad for Asia Cup squad.

Who is Kuldeep Sen? Kuldeep came into limelight via his performance for Rajasthan Royals during the IPL 2022. The fast bowler from Reva successfully defended 15 off the last over against Lucknow Super Giants in a thrilling last-over finish.

Third of the five siblings, Kuldeep started playing cricket at the age of eight. Even the academy he played for waived his fees so that he could pursue his dreams.

In his debut season, he had scalped five wickets in an innings against Punjab and ended the season with 25 wickets.

In 16 first-class matches, Kuldeep has bagged 44 wickets, while he has four List A scalps in his kitty. In the T20s, he grabbed 12 wickets from 18 outings.

See also  Ashes: England collapse with the bat AGAIN against Australia as tourists are all out for 185