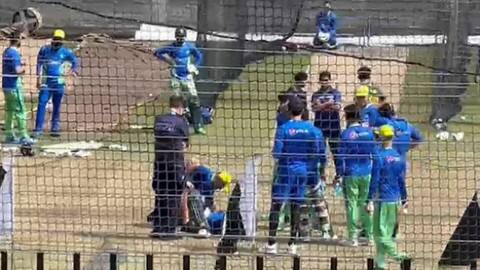 IND vs PAK LIVE –  Pakistan Cricket TEAM NETS, Shan Masood Injured: Pakistan batter Shan Masood has been discharged from hospital. He was rushed to hospital after getting hit on the head during Pakistan’s practice session. While he he is being treated for concussion, he is asymptomatic and will be retested again on Saturday. As per information available with InsideSport, it was a Mohammad Nawaz shot that hit Masood on his head in the close nets. Pakistan had a full nets session while India had an optional session at the MCG: Follow ICC T20 World CUP 2022 LIVE Updates with InsideSport.IN

“All of Shan Masood’s neurological observations are normal. His CT scan only shows superficial bruising where the ball struck him. He currently is asymptomatic and as concussion, he will be re-tested tomorrow,” PCB said in a statement.

Shan Masood has been taken to hospital for scans after being hit on the head by a ball during Pakistan’s net session.#T20WorldCup pic.twitter.com/pkN4w6Ppbu 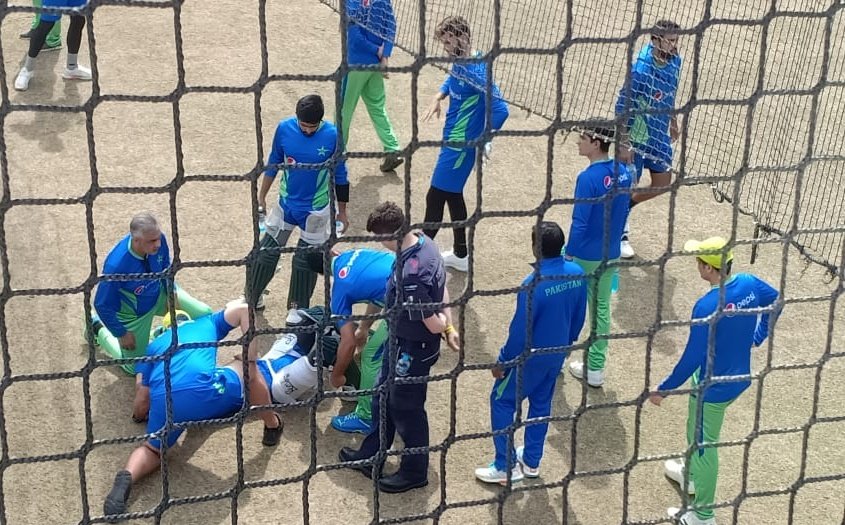 The unfortunate mishap occurred during the Pakistan team’s training session in Melbourne on Friday. Masood was batting at the nets while Mohammad Nawaz was batting in the opposite nets.

As Nawaz hit a powerful shot, it struck Masood. Mohammad Nawaz looked distraught as he dropped to the ground in fear of the worst.

Immediately, all his teammates rushed to him. Physios too immediately rushed in fearing a bad concussion. After attending to him, physios recommended that he be taken to hospital immediately. Masood will undergo MRI scans before taking a call on his immediate future.

Masood was tipped to be named in the playing XI to bolster Pakistan’s middle order. Now, the team has to wait for an official update on Masood’s health update. As things stand, he is expected to miss the India clash.

A moment of extreme scare. Mohammad Nawaz is distraught and down on the ground after his shot hits Shan Masood flash at the back of his neck😳

As reported earlier, Pakistan’s training session got underway on Friday. It was during this time Masood got hit on the head, It is still not clear who was the bowler to have bowled a nasty bouncer. The Babar Azam-led side’s training is going in full swing. The batters were seen having rigorous nets session. In the picture, we can Babar Azam, Rizwan, and the batters hitting cover drives.