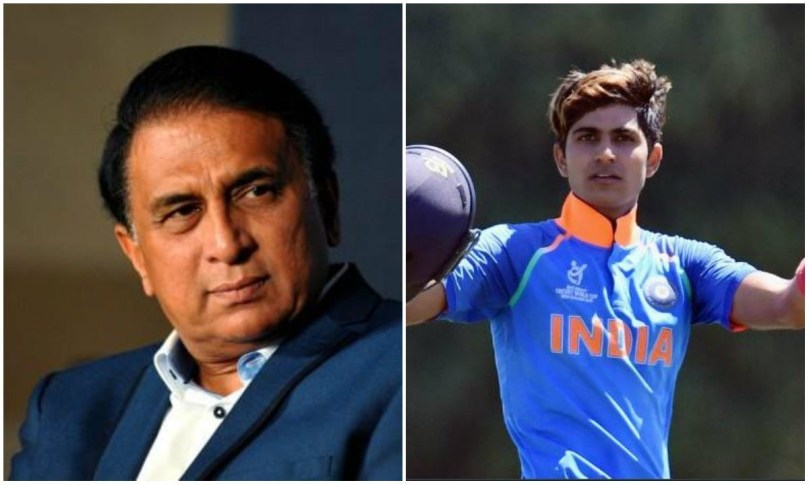 IND vs NZ LIVE – Sunil Gavaskar backs Shubman Gill: Life comes full circle for Indian opener Shubman Gill. It was in 2018 in New Zealand when Gill starred in India’s U19 World Cup triumph under Prithvi Shaw’s captaincy. Three years down the line, the same country offers Gill a golden opportunity to take critical steps toward realizing his dream of competing in the men’s 50-over World Cup, which will be held in India next year. Guess who is backing him? None other than the legendary Sunil Gavaskar himself. Follow IND vs NZ Live Updates with InsideSport.IN.

Other than sharing the same initials -SG, both Sunil and Shubman have one thing in common – opening the innings for India. Sunil Gavaskar knows a thing or two about it. The first man to reach 10,000 test runs knows what it takes to be an opener. What he also knows is how to cash in when an opportunity presents itself. India is all set to take on New Zealand in the 3-match-ODI series under Shikhar Dhawan’s captaincy. However, the one batsman Gavaskar will keep a close watch on is opener Shubman Gill. Coincidentally, the batter also made his ODI debut in New Zealand in January 2019.

Gavaskar labels the upcoming ODI series against New Zealand as a “golden chance” for Shumban Gill to strengthen his case as Team India opener for the 50-over ICC World Cup next year. As per Gavaskar, a strong showing against New Zealand will keep Shubman in good stead.

“Life is about learning though and if this(Shubman Gill) rare talent has done that then Indian cricket will be the one to benefit. Things do fall on a platter after the Under-19 World Cup, where a few good performances gets them the riches and glamour of the IPL and sadly some of them think they have arrived,” Gavaskar wrote in his column for a newspaper daily.

This isn’t the first time Gavaskar has lavished praise on the young Indian opener. At the start of the year, Gavaskar revealed that Gill is arguably the most promising of all youngsters at the moment in Indian cricket.

“Shubman Gill has been somebody I had heard a lot about, particularly after the Under-19 World Cup in New Zealand. A lot of people who played a lot of Test cricket came to me and said look he is probably the most promising of all youngsters,” Gavaskar had said.

Shubman Gill himself has been vocal about playing for India in the 2023 World Cup. In the last ODI series against South Africa at home, this year, the right-hander is looking forward to the ICC global event.

“Exciting times lie ahead. I am really looking forward to playing the ODI World Cup next year. As a player I can just give my best and hope that I am part of the team,” Shubman told a newspaper daily in an interview.

Competition gets intense for the opener’s slot

Indian cricket is currently blessed to have a barrage of openers, especially in the white-ball format. Apart from Shikhar Dhawan, who will be leading the ODI side in New Zealand, regular openers Rohit Sharma and KL Rahul have been rested for the series. Though the duo will be back in action in the upcoming away series against Bangladesh,

For Shubman Gill to even come close to being considered as a back-up option, he needs to score, and score on a consistent basis. 2022 has been a good year for the right-handed batter, who has already amassed 530 runs from nine matches at an average of 75.71. However, most of those runs came against minnows Zimbabwe and against a declining West Indies attack earlier this year.

The 23-year-old’s first major test would be against New Zealand pacers, and that too in their backyard. He has done well in Kiwi Land in the past, and that should boost his morale going into the ODI series. His talent has also garnered praise from an ex-cricketer across the border.

“India will have to look at Shubman Gill, keeping the (2023) World Cup in mind. He is a fantastic player. Rohit Sharma will remain captain in ODIs, but he will need good players,” ex-Pakistan spinner Danish Kaneria said on his YouTube channel.

Special feeling. Going to cherish this one ❤️ pic.twitter.com/AjWPq8RZwn

See also  Virat Kohli, Rahul to step down, check status of 6 other captains