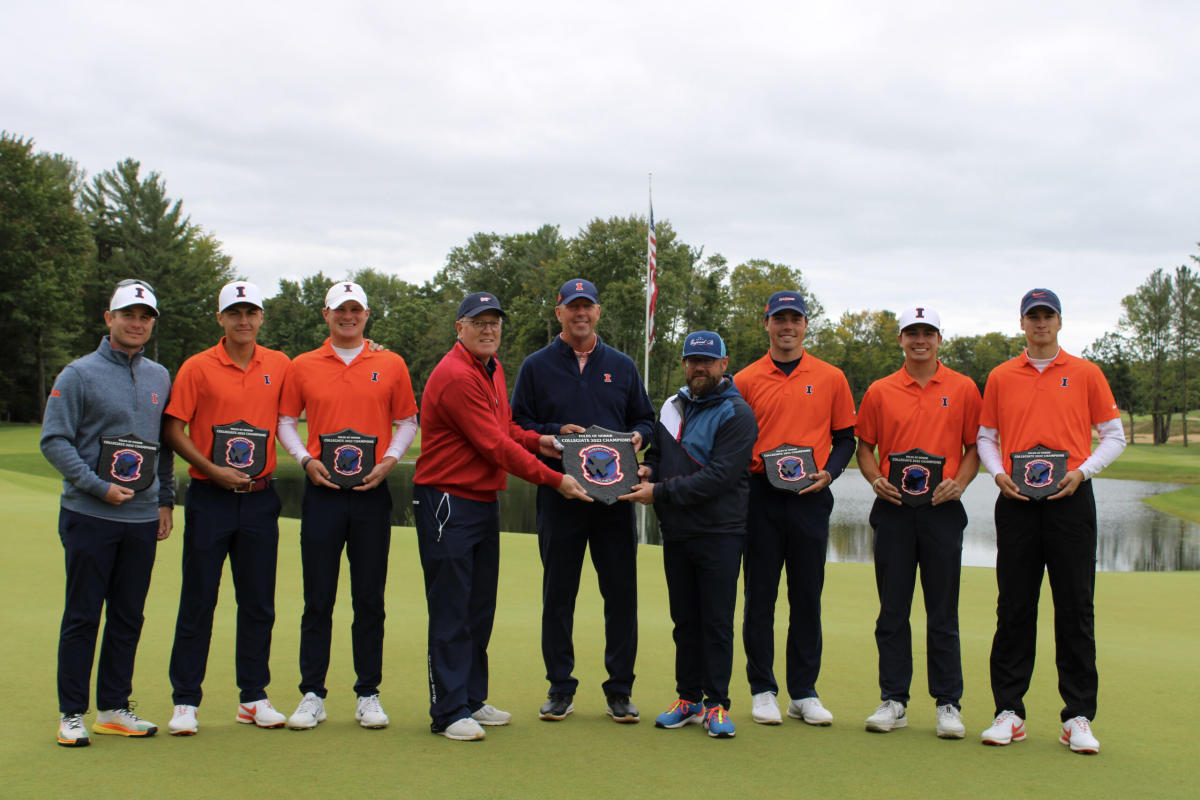 Illinois men’s golf shot 10 under this week over three rounds to win the inaugural Folds of Honor Collegiate by 15 strokes.

“That was a goal this week. When you have an event that you believe is going to be around for a long time, has tradition and heritage to it, we wanted to be the first winner and we got it done,” said Illinois men’s golf coach Mike Small.

Illinois fell short last week at Olympia Fields but this time, they finished.

“To have a lead yesterday in the second round was the key to the tournament. … Today when you have a lead like that, you want to come out and expand on it or hold it strongly on the first nine holes, and we did,” said Small. “We are getting better every week and that’s all you can do.”

Liberty senior Jonathan Yaun notched his second collegiate win after defeating NC State’s Maximilian Steinlechner in a two-hole playoff. Yaun chipped in from off the green on the 18th hole to win the tournament.

“That was by the grace of God, that’s all I can tell you,” said Yaun. “Underneath that pressure, without his peace out there, just walking and that freedom, I don’t I could’ve done that. Definitely going to give props to the lord there.”

For many people, including Jonathan, the game of golf came second this week. The real importance was honoring the fallen soldiers who sacrificed their lives for our country.

“I played for God and country this week. I played for people who, unfortunately, passed away. It’s very powerful, what they’ve (fallen soldiers) have done. I am very thankful to be able to honor those people today,” said Yaun.

Arizona senior Chase Sienkiewicz shot a course-record 5-under 67 in the final round Wednesday and credited his play to Tyler Pickett, an Army Staff Sargent who was killed in the line of duty in 2008.

“I wrote TP on my ball today because I played in the Patriot All-America Invitational last December. I played for Tyler Pickett. I had his name on my bag all week, so I thought I’d carry him with me today. That was really cool to play for,” said Sienkiewicz.

Sienkiewicz finished T8 at 2 under. As a team, the Arizona Wildcats finished in second at 5 over.