For the first time at the French Open this year, Iga Swiatek was struggling. As she faced Danka Kovinic of Montenegro in the third round, she had not produced her best but still coolly moved to a 6-3, 4-1 lead with a double break.

Just as Swiatek seemed to be progressing to victory, she hit a wall. Her forehand, already lagging in the first set, crumbled. Within a few minutes, Swiatek had lost four consecutive games in a row, including a run of 11 points. As she flailed, Kovinic, a talented shotmaker with an enormous first serve, played freely.

Suddenly, it was over. Swiatek’s forehand returned right as she served to stay in the set at 4-5 and as Kovinic made crucial errors on important points, Swiatek won the final three games to reach the fourth round with a 6-3, 7-5 win.

Swiatek has won 31 matches in a row, moving her to one win shy of equaling Justine Henin’s winning streak at her ultimate peak in 2007. The No 1 is 38-3 this season and she has won 17 of her 19 career matches at the French Open. In her four appearances in Paris, she has never failed to reach the second week.

In an era of parity in women’s tennis, at a time when there has never been so much belief among the lower-ranked players when they step on the court against top 10 players, the final games underlined an increasingly rare spectacle: the aura. Over the course of her immense winning streak, Swiatek’s on-court presence has only grown and it is a challenge in itself. Beating her will not only require an opponent to match her tennis level, but also to overcome her reputation. All the while, in the tight, crucial moments, she remains so confident in everything she does.

Swiatek said that even after her 31 wins, thinking about defeat is inevitable during matches. The important thing is managing them. “There are thoughts,” she said. “I try to be really strict in terms of my thoughts and try to really focus on some solutions and finding solutions. The biggest part of the job is to manage them properly and to really shift the focus on the right things.”

While Swiatek advanced, the top women’s seeds continued to fall. She is the only remaining top 10 player left after Paula Badosa, the third seed, retired from her third-round match as 29th seed Veronika Kudermetova led 6-3, 2-1. Aryna Sabalenka, the seventh seed, was defeated 4-6, 6-1, 6-0 by Camila Giorgi, the 28th seed. 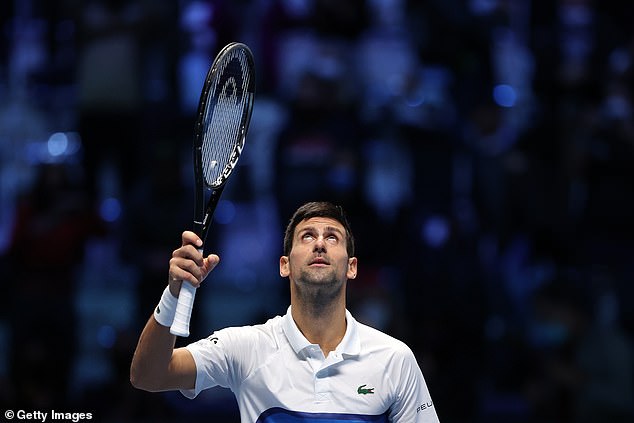