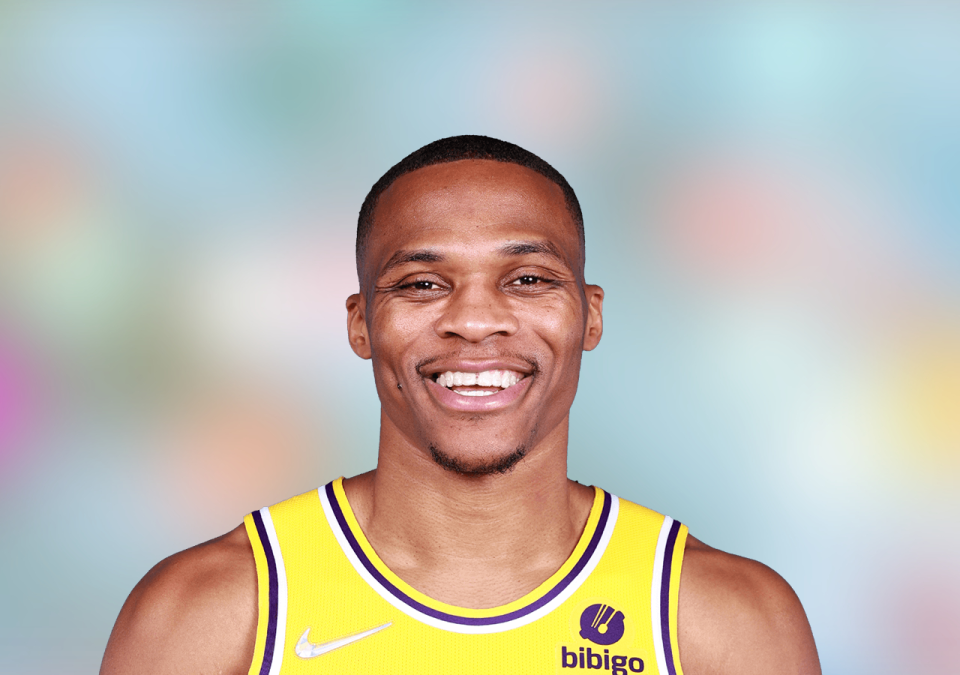 Russell Westbrook, the L.A. native whom the franchise completely overhauled its roster to acquire in the offseason, was asked if that type of reception from Lakers fans would be something he takes home with him, after his team lost for the ninth time in its past 12 games. “Nah,” he said. “Take it home? For what? S—. Take it home? I got three beautiful kids at my house. Why would I take it home? If they boo, they can take their ass home. I ain’t worried about that. It doesn’t bother me none. … “I can only answer if I take them home: No. But as for our team, I don’t think it’s something we got to deal with. And kind of move forward.”
Source: Dave McMenamin @ ESPN

Bill Oram @billoram
Russell Westbrook very bluntly said he thinks opponents scouting report is just to play harder than the Lakers. “And it’s working. Until we determine and have the determination that we’re not gonna allow it, especially on our home floor, it will continue to happen to us.” – 1:45 AM

Kamenetzky Brothers @KamBrothers
Russell Westbrook acknowledged the lacking energy and effort in this game, along with the Lakers’ tendency to get down on themselves when things aren’t going well. He even imagined that’s on the scouting report by now. “Play harder than them and see what happens.” AK – 12:55 AM

Ryan Ward @RyanWardLA
Russell Westbrook on the team’s 23 turnovers: “One of those nights.” – 12:52 AM

See also  Big Face Coffee is back in business!

Sam Quinn @SamQuinnCBS
Russell Westbrook just had his 12th game of the season with more turnovers (seven) than made field goals (five). – 12:29 AM

Sam Quinn @SamQuinnCBS
Russell Westbrook has taken as many shots (12) as Austin Reaves, Talen Horton-Tucker, Stanley Johnson and Malik Monk combined.
Those are the only four players the Lakers have used tonight that are in their 20s, and idk, I’d kind of prioritize getting them touches. – 11:40 PM

Bill Oram @billoram
Over his last 20 games Russell Westbrook has averaged just 2.5 turnovers per game. He has 7 tonight and zero assists. – 11:29 PM

Brad Turner @BA_Turner
Russell Westbrook 3-for-9 from the field, but also has 6 turnovers in the first half. – 11:07 PM

Oleh Kosel @OlehKosel
Who cares he made that. Let Russell Westbrook shoot ALL the jumpers. – 10:26 PM

Jim Eichenhofer @Jim_Eichenhofer
Same starters for #Pelicans, who remain big (Hayes and Valanciunas at 4 and 5 spots). Should be some interesting matchups with Lakers going with Westbrook, Reaves, Ariza, James, Howard – 9:20 PM

“I think each play we get down on ourselves too much and just not playing as hard as we can,” said Russell Westbrook, who had 16 points, one assist and seven turnovers. “Teams are coming in and playing harder. And I believe that’s kind of the scouting report, just play harder than them and see what happens and it’s working. Until we determine and have a determination that we’re not going to allow it, especially on our home floor, it will continue to happen to us.” -via Los Angeles Times / February 28, 2022

L.A. plays three teams above it in the standings this week — the Dallas Mavericks, LA Clippers and Golden State Warriors — and then has a road-heavy schedule for the rest of March. “We got a tough stretch with Dallas, Clippers again Thursday, then Golden State on Saturday,” LeBron James said. “And we still got 10 road games this month, or March, so it don’t get easier for us.” -via ESPN / February 28, 2022