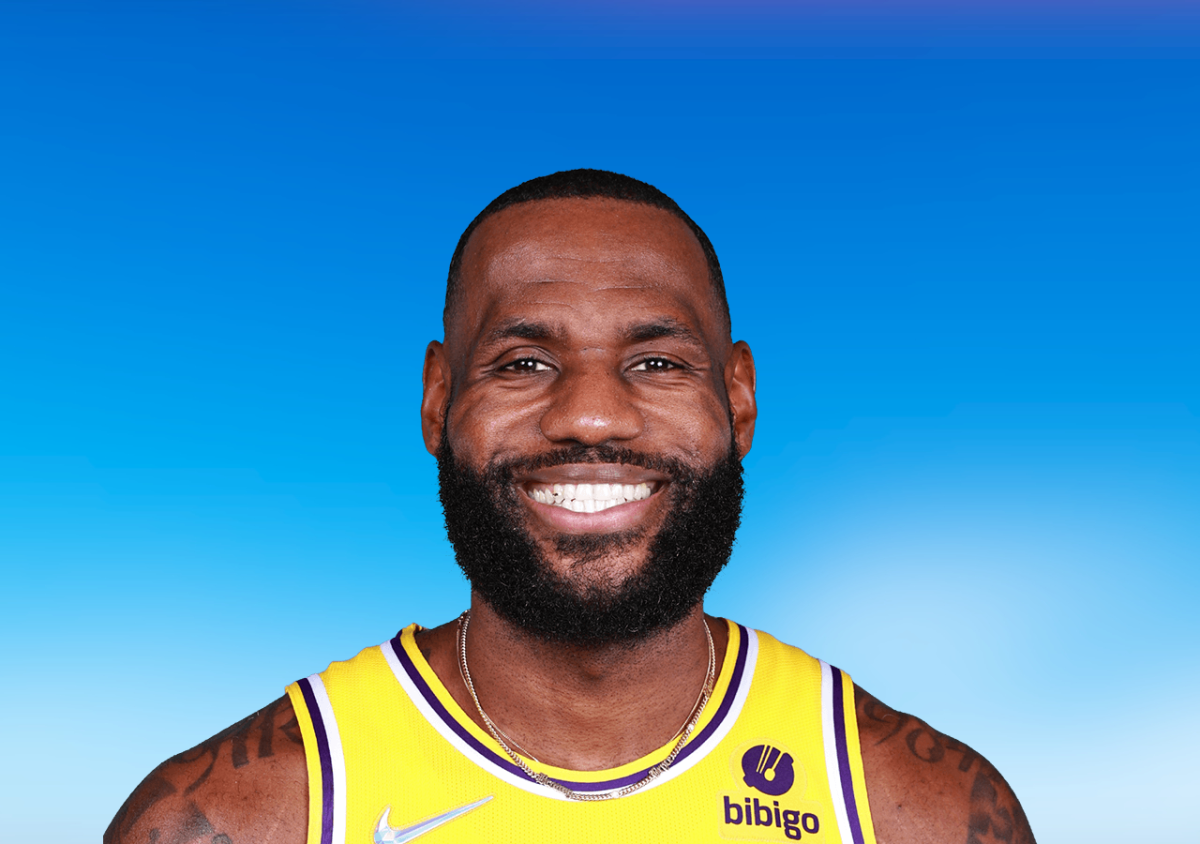 LeBron James received a lot of heat for the Lakers’ struggles this season, but Magic Johnson tells TMZ Sports he still wants to see LBJ in a Lakers uniform for the foreseeable future. We spoke with Magic — who won 5 titles with the Lakers during his career — out in L.A. this week, and asked him if the Lake Show should trade its 37-year-old superstar after the team missed the playoffs this season. Magic told us absolutely not … saying he wants LeBron in the purple and gold “for a long time.”
Source: TMZ Staff @ TMZ.com

Joe Cowley @JCowleyHoops
Last shot? Kobe, MJ or Bron? Which Bull would be the first eaten on a deserted island and who would survive? DeMar DeRozan has thoughts, and let it rip in The Interrogation Room …
Read it:
chicago.suntimes.com/sports-saturda… – 7:57 AM

The Ringer @ringernba
Ja Morant joins Kobe Bryant and LeBron James as the only players in NBA history to score 45 or more points twice in the playoffs before turning 23. #TheVoidNBA pic.twitter.com/9jZhPStfTQ – 5:12 PM

Sam Amick @sam_amick
ICYMI, my latest look at the Kings and Lakers coaching searches, the Phil Jackson factor in Laker Land, intel on how the org sees LeBron’s contract quandary, the Westbrook component and more, at @TheAthletic
theathletic.com/3295039/2022/0… – 2:11 PM

Kamenetzky Brothers @KamBrothers
Friday’s @LockedOnLakers podcast! Westbrook may be a Laker again next season? LeBron prefers year-to-year deals rather than an extension? Some folks close to the Lakers would prefer Phil Jackson stay away? #FirstListen @LockedOnNetwork @LockedOnNBAPods
podcasts.apple.com/us/podcast/rus… – 10:26 AM

Matt Steinmetz @SteinmetzNBA
LeBron James is going to be all-time NBA scoring leader. But I always think of him as “pass-first” guy. I actually do think, at his core, he’s more passer than scorer. – 9:25 PM

Sam Quinn @SamQuinnCBS
I think the general consensus is that the smear campaign the Lakers front office has engaged in against Frank Vogel has made their coaching job less desirable.
I’ve wondered if their anti-LeBron/Klutch leaks will, in time, make them less desirable to stars as well. – 12:28 PM

Justin Kubatko @jkubatko
📅 On this day in 1969, the @Los Angeles Lakers Jerry West had 42 points, 13 rebounds, and 12 assists, becoming the first player in NBA Finals history to record a 40-point triple-double.
Since then, only two more players have joined him: LeBron James (2015) and Jimmy Butler (2020). pic.twitter.com/OjXguVY05g – 12:01 PM

Brady Hawk @BradyHawk305
Hey, I don’t know what’s going on with the Heat, so let’s hypothetically say LeBron got traded there for all of their young pieces in the middle of a playoff run
I didn’t think it could get worse lol – 10:18 AM

Marc Stein @TheSteinLine
We spent so much this time season marveling at what LeBron James was doing at 37.
Chris Paul turns 37 on Friday.
More NBA from me: marcstein.Substack.com – 12:24 AM

Eric Pincus @EricPincus
Seeing that @Stephen A. Smith suggested the Lakers trade @LeBron James – I dug into that topic back in late February, specifically if LeBron chooses not to extend this summer. Wasn’t suggesting they should, just analyzing the potential issues @BleacherReport bleacherreport.com/articles/29538… – 4:31 PM

Katy Winge @katywinge
Coach Malone on how Nikola Jokić can improve – it’s not on the court, but to continue to grow as a vocal leader.
“This is your team. Speak up. Hold people accountable.”
Malone mentioned the way LeBron grew as a leader when he was in Cleveland. Said can’t care what people think. – 1:51 PM

Ohm Youngmisuk @NotoriousOHM
With one ‘good eye,’ Ja took down the Warriors, evened the series and did something only LeBron and Kobe have done before turning 23 espn.com/nba/story/_/id… – 11:21 AM

By the way, we also ran into ex-NBA star Al Harrington at LAX this week … and he shared Magic’s opinion, telling us the Lakers should definitely hold on to LeBron. -via TMZ.com / May 7, 2022

If LeBron James ultimately decides against signing an extension with the Lakers in August, sources say Buss wouldn’t see his desire to play out the final season of his contract as a reason to consider trading him. Without an extension, James’ current deal will expire after next season (in which he’s owed $47.1 million). It’s a natural question to ask in these sorts of situations, as the notion of James leaving the Lakers empty-handed by signing elsewhere in the summer of 2023 would be less than ideal. Still, all signs point to the year-by-year approach being considered acceptable by the Lakers — so long as the relationship with James is still in a good place. -via The Athletic / May 6, 2022 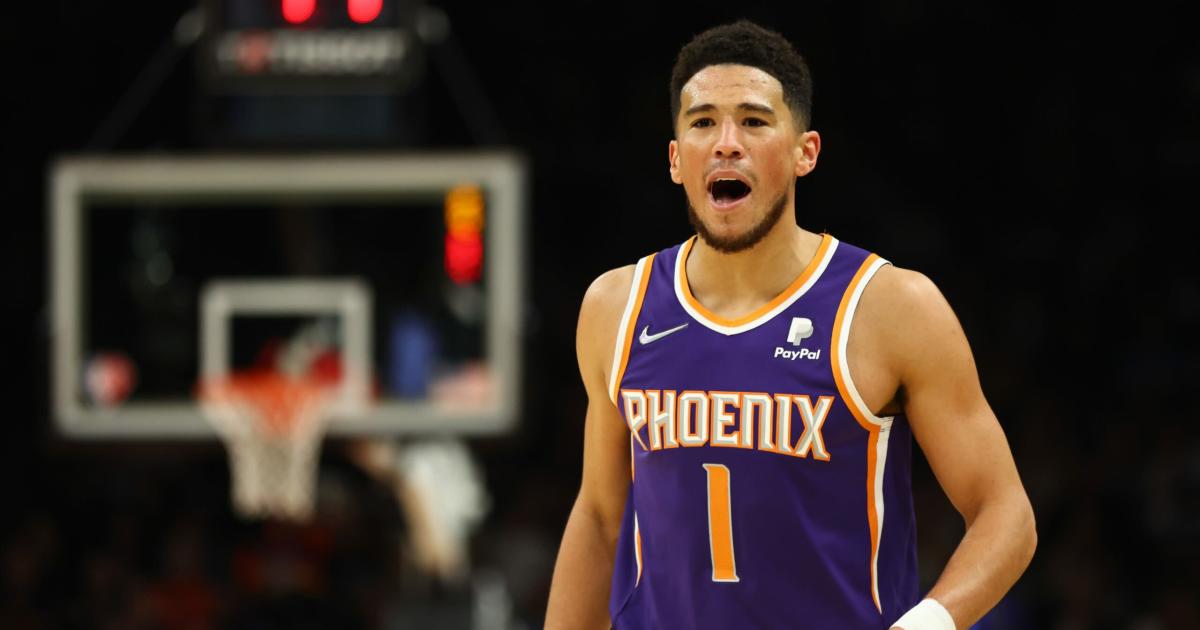 L.A. gets burned by Phoenix Suns