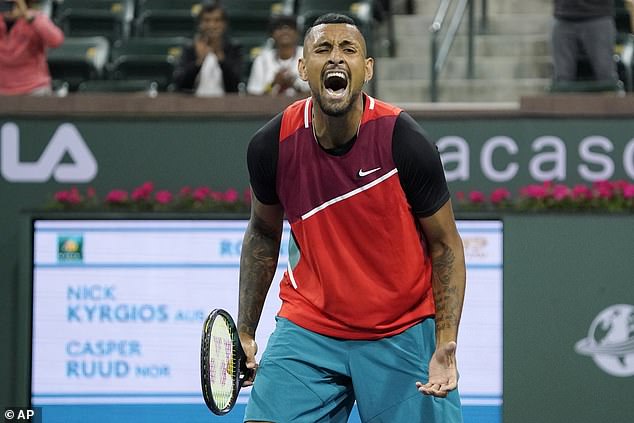 ‘I hear no talking now’: Nick Kyrgios drops the F-bomb in furious sledge after beating old rival Casper Ruud to reach the last 16 at Indian Wells – three years on from Norwegian calling Aussie gun an ‘IDIOT’ for throwing a chair at the Italian Open

Nick Kyrgios has had to wait four years to get his revenge over grudge rival Casper Ruud, and the brash Aussie gun took his chance to rub salt in the wounds after advancing at Indian Wells.

Kyrgios and Ruud last met at the Italian Open in 2019, when the Australian was defaulted from the tournament after throwing a chair onto the court in the final set of their clash.

Norwegian star Ruud labelled Kyrgios an ‘idiot’ in the aftermath of the controversial incident, and when the 26-year-old was matched up with the World No 8 in the last-32 in Indian Wells, it immediately spelt fireworks.

Kyrgios ensured that he got the last laugh over Ruud on Tuesday, defeating the 23-year-old 6-4 6-4 in a merciless performance to advance in California.

Footage has now emerged of the Australian taunting his rival after his impressive performance.

The 26-year-old later took to Instagram to apologise for his slur, admitting that emotions got the better of him during the match.

Kyrgios now moves onto face another of the tournament’s young guns, Italian 10th seed Jannik Sinner, in the next round. 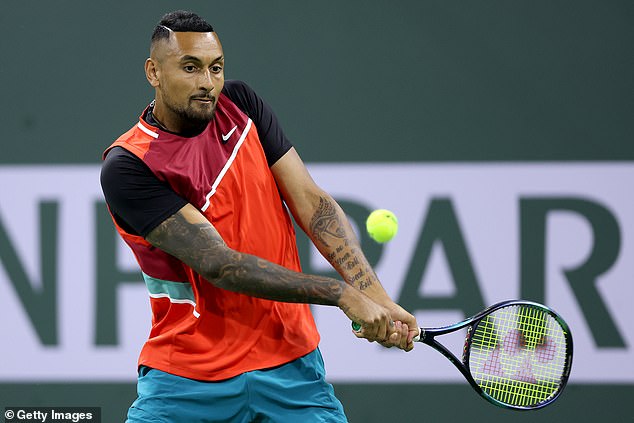 Kyrgios, 26, met his Norwegian rival in the last-32 in Indian Wells and won via straight sets 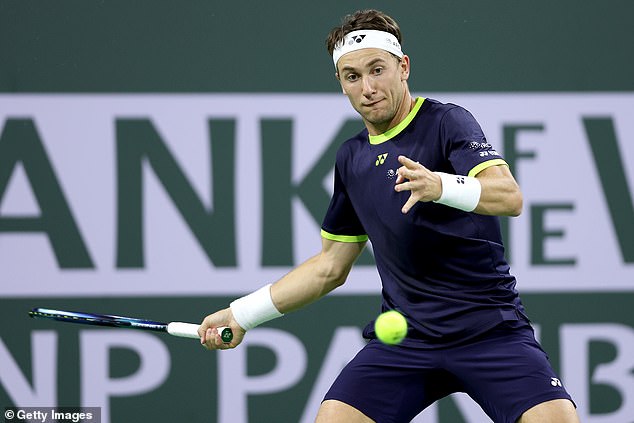 He entered this tournament as a wildcard and either Dan Evans  or Rafael Nadal lie in wait for the World No 132 should he defeat his Italian opponent. Nadal, 37, remains unbeaten in 2022 after his remarkable Australian Open triumph.

This year’s tournament has not been short of drama, with Naomi Osaka reduced to tears after a heckler shouted ‘Osaka you suck’ during her defeat by Veronika Kudermelova.

Osaka was trailing just 0-1 to Kudermetova when the heckle came from the stands. The Japanese star, 24, was visibly upset by the incident and instantly began to cry.

She immediately approached the chair umpire to ask for something be done. But, the umpire explained that she didn’t know who it was and could not take any action.

As a result, Osaka asked if she could use the umpire’s microphone during the match to address the crowd herself as it was ‘weighing’ on her heart.

Nadal and British star Andy Murray have since implored the Japanese sensation to be better equipped to deal with adversity moving forwards.