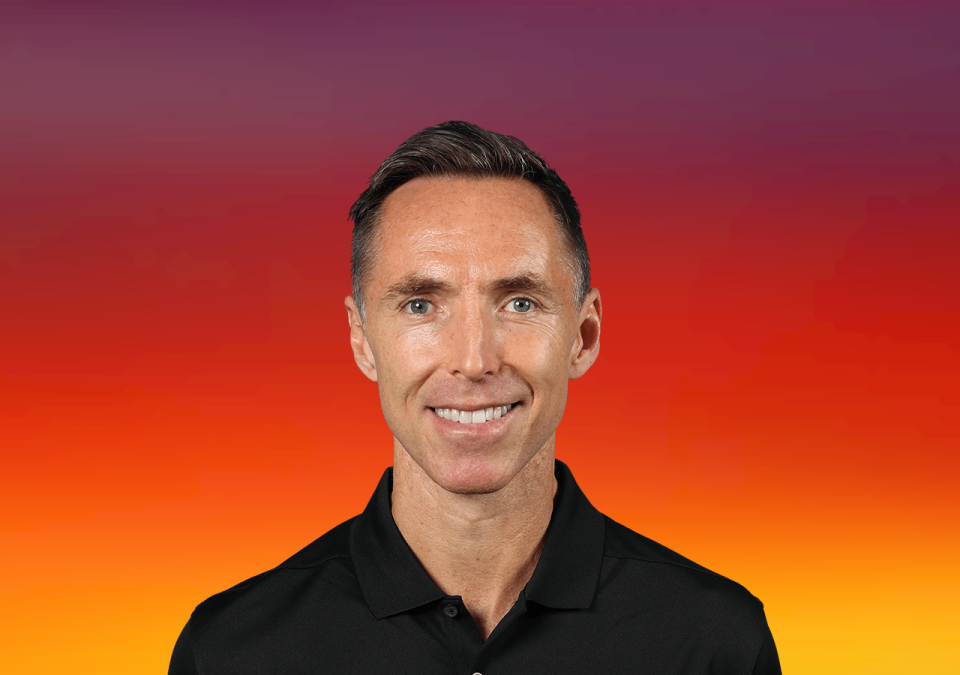 Steve Nash on Ben Simmons’ chances of playing in regular season: ‘I have extremely high hopes’ he Brooklyn Nets still have no idea exactly when Ben Simmons will be able to make his season debut as he continues to deal with a back injury, but coach Steve Nash said after Tuesday’s shootaround that he has “extremely high hopes that we’ll see him in the regular season.” “He’s just doing his rehab, strengthening,” Nash said. “We’re still doing that side of things rather than court work right now.”
Source: Nick Friedell @ ESPN

Alex Schiffer @Alex__Schiffer
Goran Dragić doubles down on his Steve Nash/diet comment from over 10 years ago. He has never seen the man eat a cookie. – 11:18 AM

Brian Lewis @NYPost_Lewis
To be specific, I asked Steve Nash what his optimism level in Ben Simmons playing by the end of the regular season. His response was “extremely high.” #nets #nba – 10:56 AM

Nick Friedell @NickFriedell
Nash says Ben Simmons still isn’t traveling with Nets as he continues to rehab his back. Nash says his confidence remains ‘extremely high’ that Simmons will be back before the regular season ends. – 10:46 AM

Alex Schiffer @Alex__Schiffer
Steve Nash said both Seth Curry and Cam Thomas are game-time decisions tonight in Orlando. Ben Simmons did not make the trip, given the back-to-back tomorrow against Dallas. – 10:43 AM

Brian Lewis @NYPost_Lewis
Are the #Nets too reliant on Kevin Durant? Talking Ben Simmons and other Brooklyn tidbits with @DHenryTV youtu.be/cnRB3x36F3A via @YouTube – 2:07 AM

Will Guillory @WillGuillory
Jose Alvarado is the first rookie to finish a game with 15+ points, 10+ assists and 5+steals since Ben Simmons in 2017. – 9:24 PM

Brian Lewis @NYPost_Lewis
Steve Nash after Kevin Durant drops 53 in #Nets win over #Knicks: “Kevin was unbelievable, obviously. Carried us. Made a lot of big plays. Rebounds, assists, the whole deal. He was Kevin Durant on full display.” nypost.com/2022/03/13/kev… via @nypostsports – 9:03 PM

Nick Friedell @NickFriedell
Nash said that Kyrie came into the locker room at halftime but didn’t say much to the group, just listened.
Drummond in seeing Kyrie courtside: “That was dope … it was cool for him to watch the game and support the team.” – 3:52 PM

Barbara Barker @meanbarb
So Kyrie was in his teams locker room at the half but couldn’t sit on bench. When asked why, Nash shrugged and said “I dunno the rules that well.” pic.twitter.com/hmjKs6yEob – 3:50 PM

Kristian Winfield @Krisplashed
Steve Nash said Seth Curry has been dealing with an ankle injury for some time, and that because it was an early game, he couldn’t get it right in time for tip-off. Said Curry’s absence also played a factor in Durant playing 43 minutes tonight. #NetsWorld – 3:49 PM

Alex Schiffer @Alex__Schiffer
Steve Nash said Seth Curry’s had an ankle/calf issue since he came to Brooklyn. Doesn’t see him out long-term. Thinks an early game today made it hard for Curry to be ready to go. – 3:49 PM

Dave Early @DavidEarly
Steve Nash says Irving was in the locker room with the team at halftime. Adds he doesn’t know why Irving cannot sit with his team on the bench. – 3:49 PM

Dave Early @DavidEarly
Steve Nash says Seth Curry has had an ankle/calf situation that’s been bugging him. Said the issue has been there so it’s not a surprise. – 3:48 PM

Dave Early @DavidEarly
“We were well prepared for it so it didn’t really phase us.”
Steve Nash on the oddity of Kyrie Irving in attendance as a spectator. – 3:47 PM

John Hollinger @johnhollinger
Nash once again is Team #foulup3
Knicks have no timeouts, should have missed second one on purpose. – 3:35 PM

Dave Early @DavidEarly
Over the last 4 or 5 games Kevin Durant has been sharing the court with *two* non-floor spacers a lot. Drummond-Brown, or Johnson-Claxton, etc. introducing Ben Simmons eventually may not dramatically alter their spacing/composition. Can use him much like they use B. Brown. – 2:06 PM

Kristian Winfield @Krisplashed
Timeout, Steve Nash: His godson RJ Barrett just finished for a dunk in transition that makes this a 37-36 game. Barrett’s got 8, Randle’s got 9, and Fournier’s got 12. We’ve got a game. Knicks took full advantage of KD’s minutes on the bench. – 1:45 PM

Ajayi Browne @ajayibrowne
“His conditioning has improved.”
⁃Steve Nash on Kyrie Irving. – 11:25 AM

Brian Mahoney @briancmahoney
Steve Nash says he hasn’t seen Kyrie Irving yet but expects him at Barclays Center today. Can watch game against Knicks but can’t play in it. – 11:24 AM

Ian Begley @IanBegley
Steve Nash says he expects Kyrie Irving to be at Barclays Center in the stands today for Knicks-Nets. Due to his vaccination status and NYC’s vaccine mandates, Irving can’t play on the court today but he can watch the game as a spectator. – 11:22 AM

Nick Friedell @NickFriedell
Nash says he believes Kyrie will be here today at Barclays to watch the game. – 11:21 AM

Dave Early @DavidEarly
Steve Nash believes Kyrie Irving is coming to Barclays (for what would be his first appearance as a spectator) isn’t sure if he’s here yet. Doesn’t want to wade into the situation with an opinion. – 11:21 AM

Alex Schiffer @Alex__Schiffer
Steve Nash said he hasn’t seen Kyrie Irving today, but expects him to be in the building as the new rules allow him into Barclays Center, but not on the court. – 11:21 AM

Ajayi Browne @ajayibrowne
“I’m just going to stay out of it.”
⁃Steve Nash on Kyrie Irving not being allowed to play at Barclays Center. – 11:20 AM

Ajayi Browne @ajayibrowne
Steve Nash says,
“I hope that our guys are locked in and have some sense of desperation — We have most of our guys back in the lineup.” – 11:19 AM

See also  Would James Harden take less than max to stay with 76ers?

Kristian Winfield @Krisplashed
Here’s an update on Ben Simmons, the Nets star who has yet to fully participate in practice and could be out until April.
Patty Mills has been in an apples-to-oranges similar situation, when T-Mac joined the Spurs for their 2013 playoff push. nydailynews.com/sports/basketb… – 5:21 PM

Ky Carlin @Ky_Carlin
Joel Embiid is happy that the team can finally move on from the Ben Simmons game and move forward with their season #Sixers sixerswire.usatoday.com/2022/03/12/joe… via @SixersWire #NBA – 1:57 PM

“The biggest thing we’ve tried to do is to have him be involved in everything,” Nash said. “The traveling is the one caveat where sometimes you’re weighing the cost benefit of him on airplanes and buses and different beds. When he’s with us we want him in every meeting, in every walkthrough, in every film session, whatever it may be so he’s around the group. We’d love for him to travel, be with the team all the time, but we have to weigh that scenario as well.” -via ESPN / March 15, 2022

Philadelphia 76ers veteran Danny Green is spilling tea about Ben Simmons ahead of the matchup against the Brooklyn Nets on Thursday. While Simmons won’t be playing in the showdown, he will be on the bench, subjecting himself to a Philly crowd that’s sure to let him hear it, and then some. One claim Green passed along during an appearance on The Ryen Russillo Podcast was Simmons changing his phone number without anybody telling him on the team. The Sixers veteran said he texted Simmons “a bunch” but never heard back. -via Clutch Points / March 10, 2022

ProCity Hoops: Ben Simmons changed his phone number without telling anyone on the team. Danny Green personally reached out and sent “a bunch” of texts over a few weeks, but Ben didn’t respond. Nobody heard from him until he showed up at practice. – Danny Green via The Ryan Rusillo Show -via Twitter / March 10, 2022