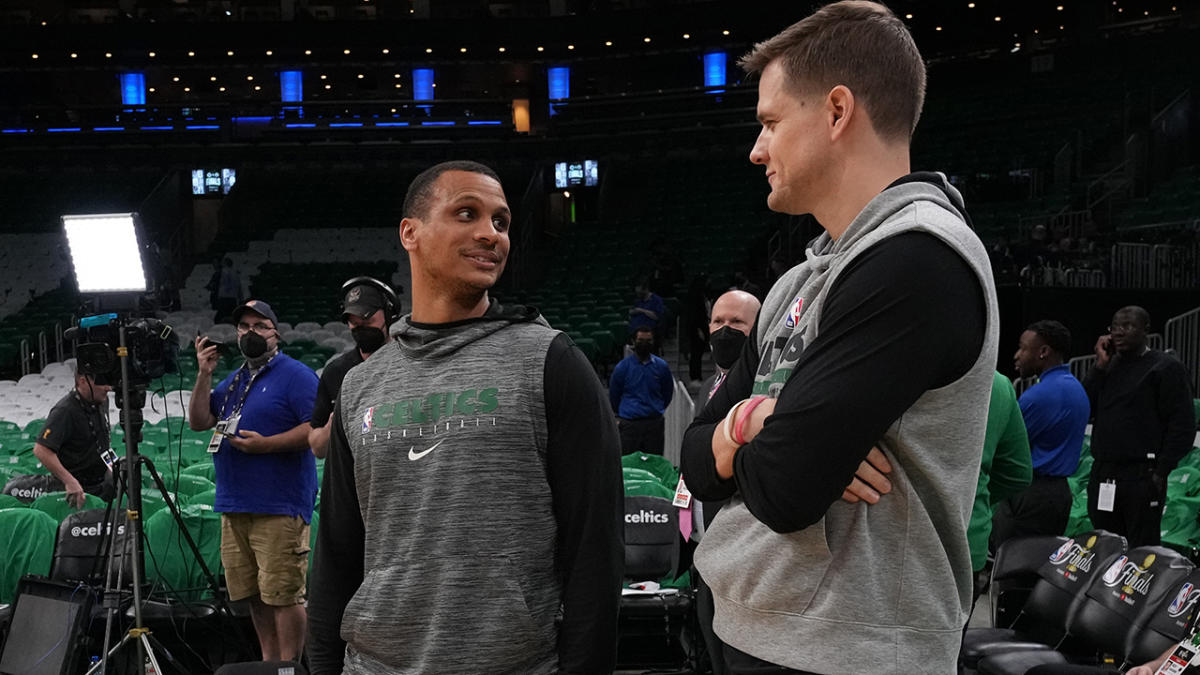 It’s “next man up” for the Boston Celtics with head coach Ime Udoka suspended for the entire 2022-23 NBA season. C’s president Brad Stevens is confident the team will be in good hands.

“Joe’s going to be in charge,” Stevens said. “It’s not an easy timing for him or the rest of the staff, but he’s an exceptionally sharp and talented person. I believe strongly in him and his ability to lead people, his ability to galvanize a room and get it behind him. And his ability to organize and understand all that comes with running a team during a season.

“He’s got really good help on his staff. Damon Stoudamire and Ben Sullivan, those two guys are critical in my opinion, to Tony Dobbins, Aaron Miles, D.J. MacLeay. They’ve got a good staff. They’ve got a good group. And on down the line, and obviously Matt Reynolds, those are the assistants that are all there in addition to others.

“They’re a really good group and they’re going to need to pull together, and they’re going to need to really support each other. I believe in Joe’s leadership and again, with all of them bringing their strengths to the table, I think that this will be an unbelievable challenge but it’s also — I’m really confident in the team and the coaching staff that’s going to take the court on Tuesday. It’s not what we expected to have happened, but I’m very confident.”

Mazzulla became an assistant coach for the Maine Red Claws, Boston’s G-League affiliate, in 2016. The Celtics hired him as an assistant coach in 2019, and he spent two seasons on then-head coach Stevens’ staff before Stevens replaced Danny Ainge as president of basketball operations in 2021. Mazzulla was the only C’s assistant to remain on the staff when Udoka took over last summer.

The decision to name Mazzulla interim head coach didn’t come without its own controversy. Mazzulla was arrested twice while he was a student at West Virginia, including an incident of domestic battery in 2009.

Asked about those Mazzulla’s transgressions, Stevens doubled down on his belief in the man who will be leading the Celtics in 2022-23.

“I will tell you this; I believe strongly in Joe’s substance as a person,” he said. “He has been very open about how those moments impacted him in every which way. You can see it in the way he carries himself. He’s been working with us for three years, and you’ve probably seen articles from that time, and that I saw three years ago when I hired him.

Mazzulla and the Celtics will get to work next week when training camp begins.

You can watch the full Celtics press conference below: