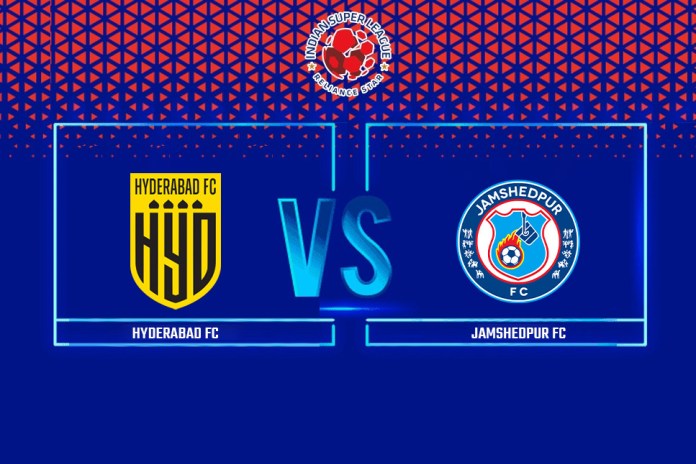 HFC vs JFC: Two teams fighting for pole position will face each other in a clash of titans when Hyderabad FC take on Jamshedpur FC in the Hero Indian Super League at the Athletic Stadium in Bambolim on Tuesday. Follow all the ISL 2021-22 LIVE Updates only on InsideSport.IN

Hyderabad are sitting pretty at the top of the table, having qualified for the semifinals for the first time with two games in hand and 35 points in their kitty. Jamshedpur need one point to seal their maiden semi spot, having 17 played 17 matches and with 34 points.

While Hyderabad are assured of a last-four berth and Jamshedpur virtually sealing their place too, it will be more about the top position in the league table and winning the League Shield. Jamshedpur have a game in hand and Owen Coyle would want his wards to make the most of it.

The big worry for Coyle would be the unavailability of Greg Stewart who picked up his fourth yellow card in the final moments of Jamshedpur’s win over NorthEast United. Stewart has been involved in 54.5% of his team’s goals this season and will be sorely missed. The Scottish playmaker has been in fine form of late, netting five goals and providing two assists in the last four matches.

Jamshedpur can only bow out if they lose all their remaining three games and Mumbai City FC lose against Kerala Blasters FC and win their final match of the season against Hyderabad. Both teams will then end up on 34 points and Mumbai will go through on head-to-head count.

“We are only thinking about facing Hyderabad FC. Like I have said before, we really need to focus on one game at a time because if you look too far ahead then you get punched in the nose in the sport of football. So we are going to be playing fantastic opponents, an outstanding team with great individual talents along with a terrific coach,” said Coyle on the eve of the game.

Coyle also informed that while Jitendra is out for the game, a call on Boris Singh will be taken at the last minute.

“Greg is also suspended and there are also a few others who will be missing. Jordan Murray might play for longer minutes which is good for us but he is still not at his 100% yet, although he is getting better on a daily basis and there are others who have some niggles.”

See also  Omicron: Watford have trip to Burnley postponed due to Covid outbreak

As far as Hyderabad are concerned, Ogbeche will again look to continue his stellar show and lead the line for Manolo Marquez’s side. The last time the two teams met, the game ended in a 1-1 draw.

Hyderabad FC and Jamshedpur FC have faced each other a total of five matches in the Indian Super League. it has always been a close affair between these two sides as four of those games have ended as a stalemate. The only other game was won by Jamshedpur FC, so they have a slight upper hand in terms of statistics.

The first leg of this fixture saw Jamshedpur FC draw levels with Hyderabad FC with Greg Stewart and Bartholomew Ogbeche both scoring one each.