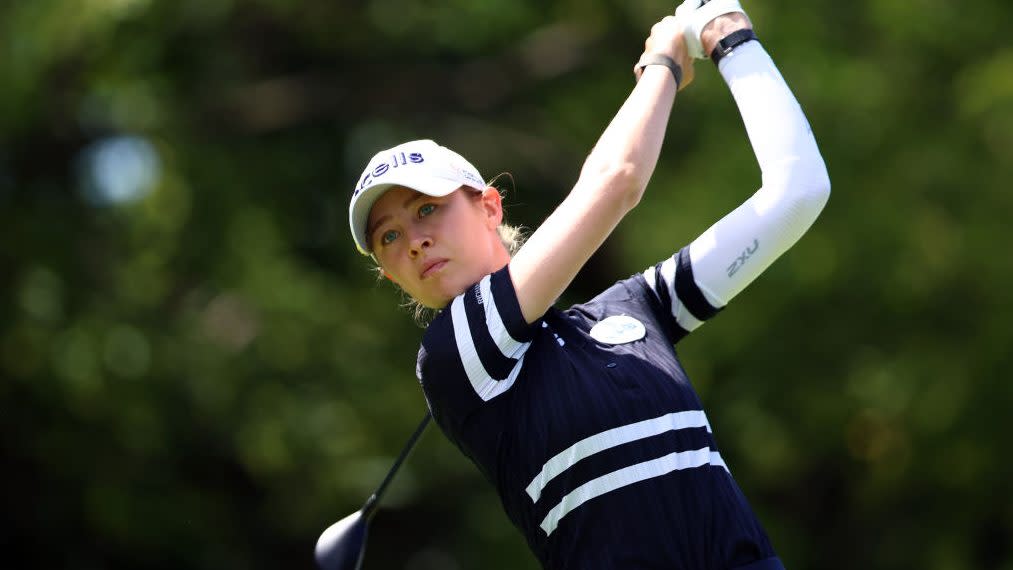 Following the inaugural Kroger Queen City Championship last week in Cincinnati, Ohio, (won by Ally Ewing) the LPGA moves west to Oregon for the tour’s longest-running non-major event at the AmazingCre Portland Classic, where players will compete for a $1,500,000 prize purse. After a one-year stint at Oregon Golf Club, the tournament returns to Columbia Edgewater Country Club, which will host the event for the 35th time.

News broke Tuesday that defending champion and world No. 1 Jin Young Ko withdrew from the tournament, citing a nagging wrist injury. However, 2020 champion Georgia Hall, who won the tournament the last time it was staged at Columbia Edgewater CC, will tee it up in Portland along with world No. 2 Nelly Korda, who’ll make her tournament debut as the top-ranked player in the field.

How to watch the 2022 AmazingCre Portland Classic

Coverage of the 2022 AmazingCre Portland Classic from Columbia Edgewater Country Club in Portland, Oregon, can be found on Golf Channel, with streaming options available any time on any mobile device and online through NBCSports.com and the NBC Sports app.

Along with Hall and Korda, the field features two-time Portland winner Brooke Henderson (2015, 2016), who also won this year’s Amundi Evian Championship, along with past champions Hannah Green (2019) and Marina Alex (2018). Other notable names in the field at Columbia Edgewater CC include more than a dozen LPGA major winners, featuring:

Past five champions of the Portland Classic

Last time at the Portland Classic

Jin Young Ko, who was ranked No. 2 in the Rolex Rankings and playing in her first event in six weeks, dominated the field at the rain-shortened 2021 Cambia Portland Classic. After play was cancelled Saturday due to weather, Ko finished Sunday with a bogey-free 69 to beat Jeongeun Lee5 and Su Oh by four strokes and earn her ninth LPGA Tour victory.

See also  Phil Mickelson apologizes to US Open fan (no, not for that)

Columbia Edgewater CC, which opened in 1925 and was designed by A.V. Macan, will play as par 72 with an official yardage of 6,478 yards.

This year marks the 35th time Columbia Edgewater has hosted the LPGA Tour. But it also has hosted the men’s Oregon State Amateur nine times between 1928 and 2020 as well as the men’s Oregon Open four times. The first two editions of the Portland Classic, which was initially staged at Portland Golf Club in 1972 and 1973, were won by Kathy Whitworth before the tournament moved to Columbia Edgewater in 1974, where JoAnne Carner captured the title.