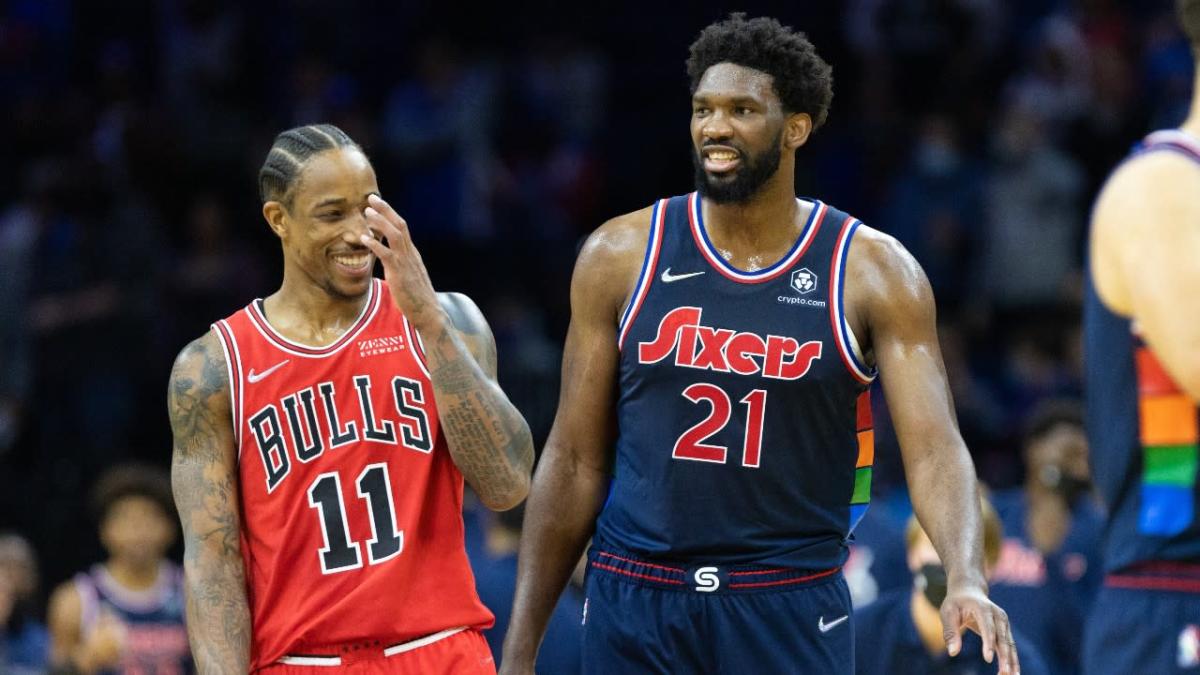 With just over one month remaining in the 2021-22 NBA regular season, every game is critical.

That’s the case yet again on Monday night, as the Philadelphia 76ers are set to host the Chicago Bulls. The Sixers and Bulls rank second and fourth, respectively, in the Eastern Conference entering Monday’s game – and a playoff matchup could be in the cards.

There are multiple ways to watch this potential postseason preview – including a traditional broadcast and a special BetCast presentation.

Here’s everything you need to know for Bulls-Sixers:

When is the Bulls-Sixers game?

Tipoff for the Bulls-Sixers game is set for 7 p.m. ET on Monday at Wells Fargo Center in Philadelphia.

What channel is the Bulls-Sixers game on?

For the first time in NBC Sports Regional Networks history, there will be a dual-market sports betting telecast to go along with the traditional broadcast.

If you want to watch your usual Sixers broadcast with Kate Scott and Alaa Abdelnaby, tune in to NBC Sports Philadelphia. The traditional broadcast is also available to stream online here and in the MyTeams app.

BetCast is an alternate live game sports-betting experience. The program has been used for select Sixers games since April 2019. NBC Sports Philadelphia, Chicago and Washington have all utilized BetCast for NBA games.

Prior to the game, there will be a special telecast getting you ready for BetCast. “Bet the EDGE GameTime,” a podcast hosted by Matt Bernier and Drew Dinsick, will have a special edition episode leading into the game on NBC Sports Philadelphia Plus from 6 p.m. to 7 p.m. ET.

There will also be interactive ways to engage with the betting experience on Twitter with NBC Sports Philadelphia, NBC Sports Chicago and PointsBet.

Who is favored to win Bulls vs. Sixers?

The Sixers are favored by 7.5 points over the Bulls, according to PointsBet. The over/under is set at 232. The moneyline for Philadelphia is set at -325, while the moneyline is +250 for Chicago.

You can find full odds for the game here, including alternate spreads, player prop bets and more.

Editor’s note: All odds are provided by our partner, PointsBet. PointsBet is our Official Sports Betting Partner and we may receive compensation if you place a bet on PointsBet for the first time after clicking our links.