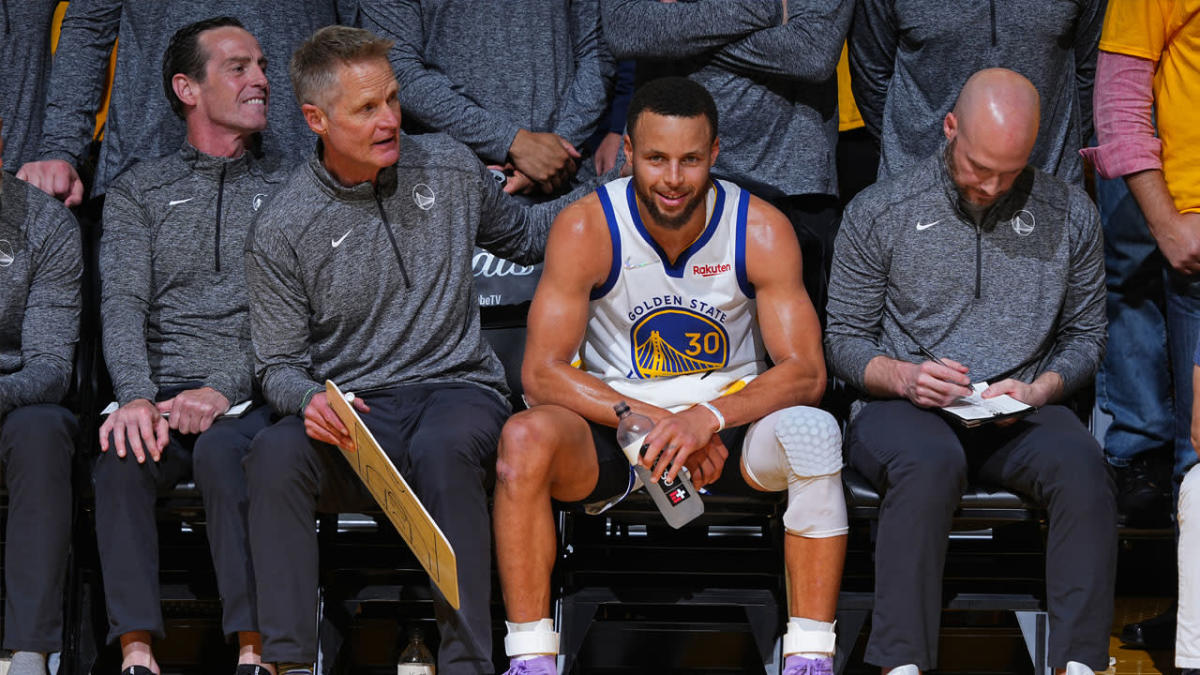 Steph Curry didn’t make a 3-pointer in the Warriors’ 104-94 win in Game 5 of the NBA Finals over the Boston Celtics on Monday.

And while Curry will surely turn the page as Golden State heads into a closeout Game 6 on Thursday at TD Garden with a chance to win its fourth title in eighth seasons, it’s worth looking at what coaches and Curry himself thought of being held without a 3-pointer in a playoff game for the first time in his career.

Curry missed all nine of his 3-point attempts, though he adjusted by getting inside with seven two-pointers, leading to a rather pedestrian 16-point outing after a 43-point Game 4 barrage.

For Celtics coach Ime Udoka, he clearly saw a “better job” on Curry from his players after switching up the coverage on him. Warriors coach Steve Kerr expected the Celtics to do a better job on Curry, noting that Boston put more pressure on him early in the pick-and-roll.

Curry himself agreed with Kerr. He said the Celtics guarded the pick-and-roll more aggressively and higher up, so he didn’t get as many 3-point attempts up as he would have like.

But Boston’s focus on Curry led to the superstar’s teammates capitalizing. Andrew Wiggins had the game of his life with 26 points. Klay Thompson had 21 points, while Gary Payton II and Jordan Poole had 15 and 14 points off the bench, respectively.

And Curry, ever the unselfish star, was happy to let the others take shots when he was bottled up or missing. He had eight assists on the night and said he used the Celtics’ aggression against them.

It was the gravity of Curry on full display.

“We still left a lot out there because we have different ways to attack you, even if it’s not me just trying to hunt shots,” Curry said. “Using ball movement, all that type of stuff to do kind of normal Warriors basketball. It’s a feel thing.”

Udoka also pointed out the catch-22 when it comes to zeroing in on Curry when the Warriors have other weapons.

“Even for the best shooter in the world, games like this happen,” Kerr said. “And fortunately they don’t happen too often. I like Steph coming off of a game like this, too. I like his ability to bounce back. So, to be able to win the game with our defense, with our depth, is a great team effort.”

With a chance to finish off a championship season on Thursday, Curry probably will take another 3-pointer-less night – if it means the night ends with the lifting of the Larry O’Brien Trophy.