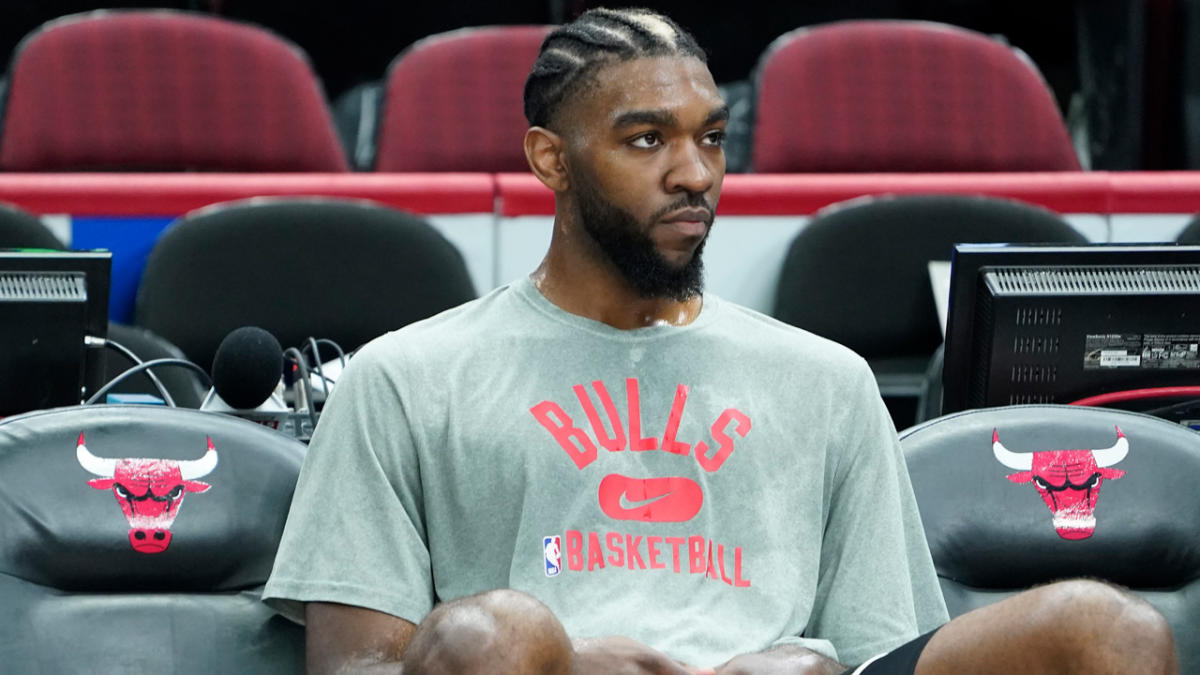 Throughout this week, NBC Sports Chicago will look at four of the biggest questions facing the Chicago Bulls as they begin training camp.

First was the issue of Lonzo Ball’s health. Next up: How will the Bulls maximize Patrick Williams?

Patrick Williams turned 21 years old in August. He has played 88 regular-season games, plus five in the playoffs, since being selected fourth overall in the 2020 draft.

And yet, he enters his third year in the NBA a popular pick for the biggest X-factor in the Bulls’ quest to build on their step forward in 2021-22 — a step which culminated in 46 wins and the franchise’s first playoff appearance since 2017.

That widely-held belief isn’t without substance. Williams, a 6-foot-7 forward with a 7-foot wingspan, is not lacking for physical ability. He has flashed defensive versatility, scoring spark and preternatural athleticism in his limited run, and mans a position of critical need for a team thin on size at the power forward spot and rim protection in the frontcourt.

But for one reason or another, Williams’ potential has yet to culminate on a consistent basis, a dynamic he spoke to during his most recent session with local reporters in April.

“Consistency,” Williams said then when asked where he hopes to improve most this season. “Being consistently aggressive. Whether it’s making shots or missing shots, you can’t really control that. But just having my presence felt on the game consistently I think could be a next step.”

Now, with another offseason of work behind him and training camps beginning next week, it’s time for a follow-up: How will Williams assert himself? And how will the Bulls maximize him?

The first step toward answering those questions is a simple one: Williams needs to be available.

Williams appeared in just 17 regular-season games in his second NBA season because of a severe wrist fracture sustained after an in-air collision with Knicks center Mitchell Robisnon in October 2021 — five before the injury, 12 after. He also missed all of training camp and three of four 2021 preseason games with an ankle sprain.

Fortunately, those injuries hold little predictive power — both were derived from fluke events — and fly in the face of him starting 71 of 72 games in a durable rookie season.

The next steps are trickier. Williams has been a deferential offensive player to this point, averaging 7.2 field-goal attempts per game and a 14.8 percent usage rate in his first two seasons. His loudest performance to date was a 35-point outburst on the final day of the 2021-22 regular season, when the Bulls rested their three leading scorers.

Can he find areas to be aggressive — attacking closeouts, pouncing into cutting lanes, and launching spot-up jumpers — while those foundational players are on the floor?

“Definitely. I think that’s on me,” Williams said in April. “DeMar (DeRozan), Zach (LaVine) and [Nikola Vučević] are at the top of every team’s scouting report. So when I catch the ball, I think it’s more of me being aggressive, me knowing my spots… Knowing when I catch the ball, this is what I can get to, this is a move that I can make, and just being aggressive whenever I catch it.”

That is the right sentiment. But it requires followthrough.

Defensively, there should be an onus from Williams to improve his rebounding (4.5 per game in two seasons) and impose himself physically while taking on the murderer’s row of big wings the Eastern Conference has to offer, from Giannis Antetokounmpo to Kevin Durant Jayson Tatum to Jimmy Butler to…

You get the idea.

Williams is serious-minded and humble. If asked expectations for himself in Year 3, he is unlikely to focus on statistical benchmarks or individual accolades. Broadening his contributions to a team context has always been his style.

But for Bulls head coach Billy Donovan, front office leaders and Williams’ teammates, it will be an interesting topic to explore. If maximized, Williams has the potential to upgrade the Bulls’ depth, versatility and upside on both ends of the court. The franchise brain trust’s plan to coax as much out of their third-year forward is essential.

Since his first day in the building, Bulls coaches and teammates have touted Williams’ gifts and encouraged him to seize the opportunities before him. In theory, he is a linchpin to this team’s present and future.