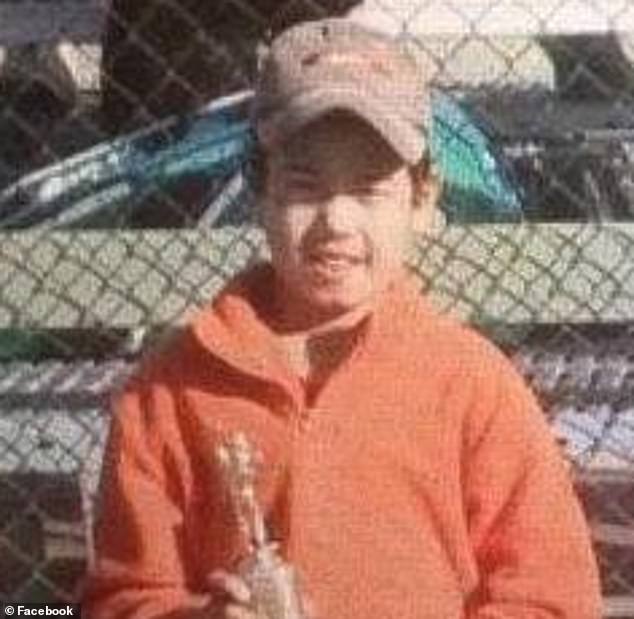 At the end of 2016, unheralded Australian tennis player Jason Kubler had been given the worst news he could have imagined as doctors told him he was going under the knife to repair a hereditary knee condition for the sixth time.

His ranking had plummeted out of the top 1000 and he had $75 stashed away in a steel tin from coaching – and he regarded that as a small fortune at the time.

Kubler with one of his first-ever tennis trophies. He started playing at Mango Hill in north Brisbane, where his mother Lyn still lives and manages local tennis bookings

After showing all the promise on the planet as a junior world No.1, it was a crossroads that would have defeated most athletes.

Tonight, Kubler will be looking to make history as he goes into his third week of Wimbledon, reaching the fourth round against American Taylor Fritz after having to win three times in qualifying just to make the main draw.

He becomes the first Australian to make it this far from qualifying since Bernard Tomic was at his peak, joining a list of names including the great John McEnroe. None of those players have faced the hurdles Kubler has overcome, though. 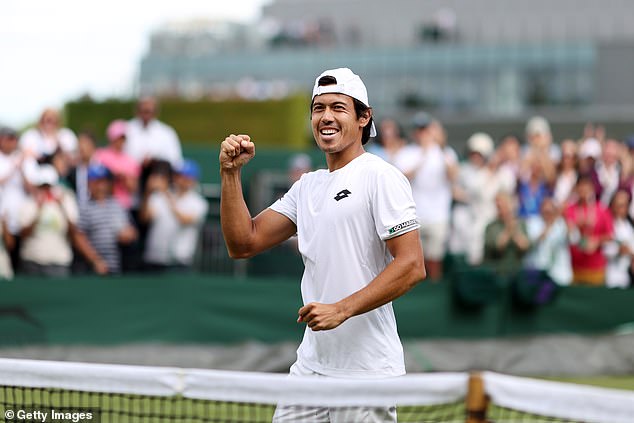 Kubler was introduced to the sport by his father when he was just five years old, but he then lost to dad to cancer just three years later.

His first bout of surgery was when he was just 14, after learning he had torn the meniscus in both knees, requiring three surgeries in three months.

Considering many young athletes are lost to sport as they transition from their teenage years to adulthood, it was a miracle Kubler ever played professional tennis at all. 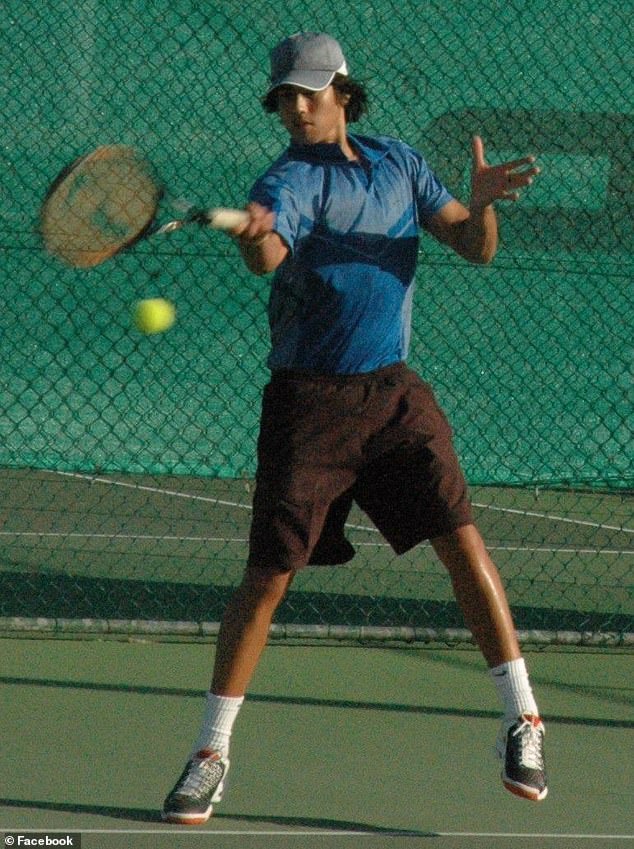 Kubler was a highly-talented junior player and reached the No.1 ranking in the world

See also  A Grand Slam Streak Without (Yet) a Quarterfinal

Leon Glinster was the former head coach of the Top Tennis Academy for junior development in Ipswich when Kubler was on the comeback trail from his first bout of double knee surgery as a teenager.

He was there when Kubler returned from that huge setback, cheering from the sidelines when he won his first ever professional match and worked with Kubler when he had to become an exclusively clay-court player to protect his knees and eke out any kind of career.

‘He pushes his body to the limit … rather than give away the sport, he elected to play on clay to get his body back into shape,’ he said.

‘I watched him work hard and his fitness level is second to none. He is a credit to the sport itself.’ 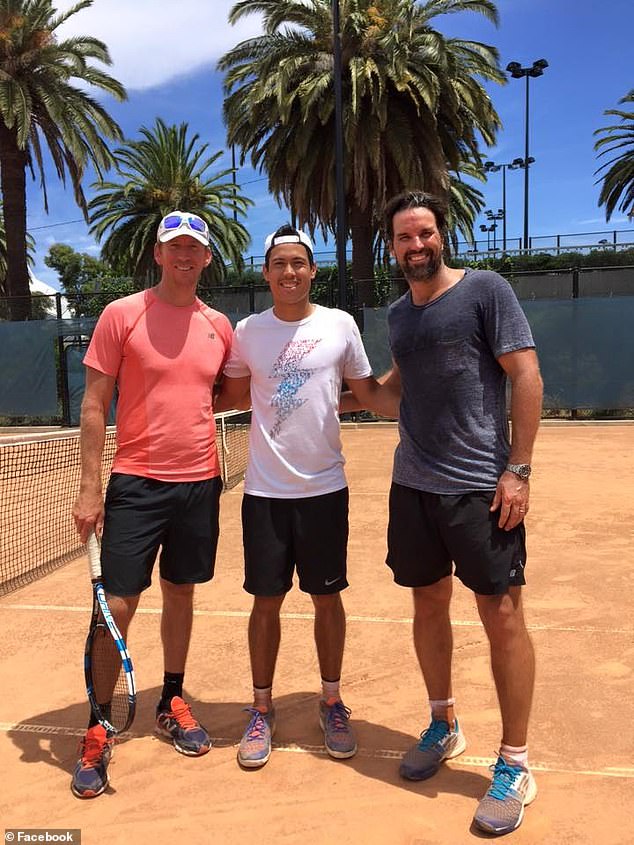 Glinster said that time spent on clay definitely helped shape Kubler into the force he has become.

‘He was like a bit of an onion, peeling away the layers to get to where he had to be,’ he said.

‘It is a completely different game playing on clay, you have to be more patient and rally off the baseline, more so than attacking the net.

‘Jason’s fitness levels got him through that.

‘It is testament to his character that he has found a way back to be in the fourth round at Wimbledon.’ 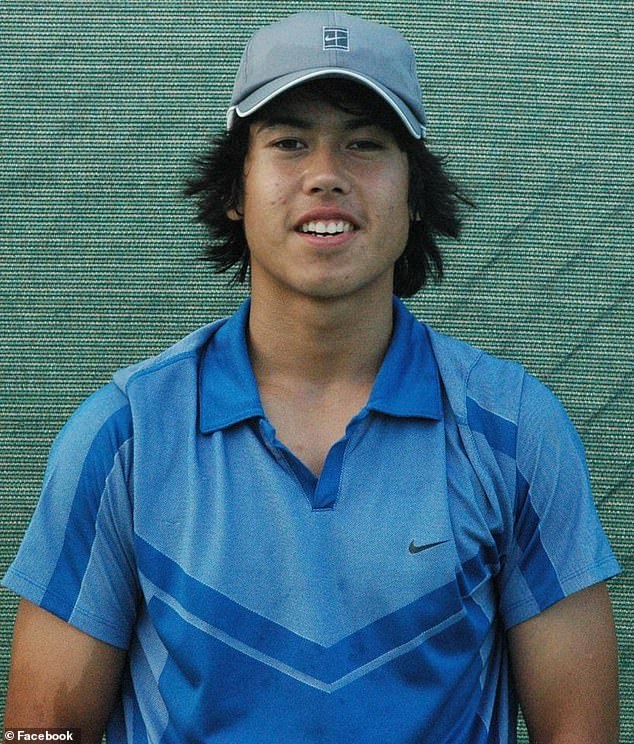 Kubler, pictured when he just 14, had his young career derailed when his physio told him that he had torn the meniscus in both of his knees and would need three bouts of surgery

Fast forward to 2018 and Kubler was back on his feet again, determined to put all of the pain and sacrifice behind him.

After 14 months out of the game, Kubler would return for one last crack at professional tennis – but now the demons were mental, rather than physical.

‘It was different when I had to wake up at 4.30am to go and hit with a couple of girls for an hour-and-a-half and then I would make $45 out of it.

‘It gave me a good perspective on life.’ 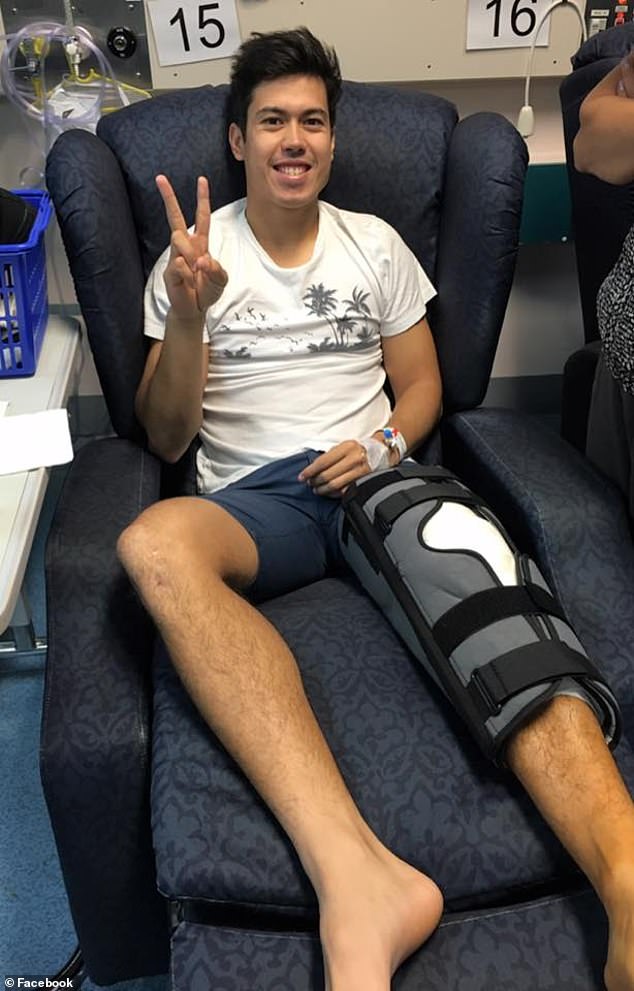 Kubler would fly to low-paying regional tournaments in Australia and pray that he didn’t draw night games because he couldn’t afford another night’s accommodation.

There were tournaments he would have to keep playing, knowing that if he didn’t win he didn’t have enough money to even get back home.

Then, the worm turned.

At 24, Kubler decided to give it one last crack at a Futures event on hard courts in Brisbane.

‘I was obviously hesitant at first but I needed the money,’ he said.

‘I thought, ‘Oh man, I’ll happily enter and maybe win a match, walk away with the money and go back to coaching’.

‘Then, first of all, luckily that the knee held up and, after losing second round, I made the finals the following week in Toowoomba.’ 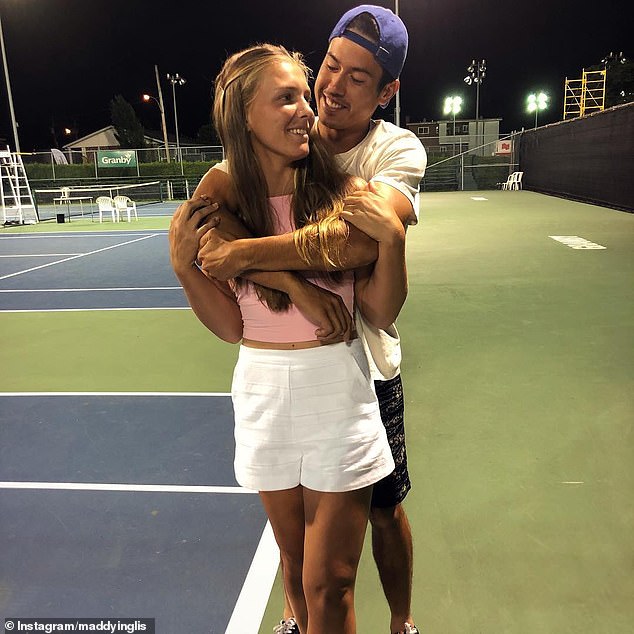 Love match: Kubler is enjoying life off the court as well and has been with his girlfriend Maddison Inglis for over a year

Wanting to coach and rest, Kubler tried to pull out of a tournament the following week in Cairns but couldn’t afford the $US250 [$A365] late-scratching fee.

So Kubler played on, made another final, then hit the jackpot and collected a $16,000 cheque for winning a Challenger title at Traralgon in Victoria.

‘Then I got a wildcard into the 2018 Australian Open worth $US60,000, so I’ve gone from having nothing to this in a couple of months,’ Kubler told AAP. 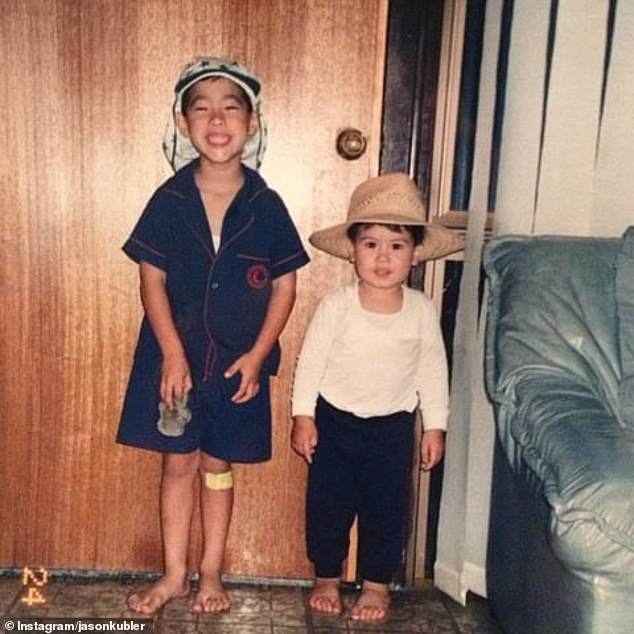 Kubler would earn his maiden Wimbledon main draw entry that same year, losing in four sets to Argentinian Guido Pella – but he was far from disgraced.

But as the shadows fell on 2019, Covid lockdowns began to be enforced around the world. Tennis tournaments dried up. Kubler’s knees began to throb again and after a series of losses, he had to take a break.

Coming into 2022 he failed to qualify for the Australian Open. The end was surely near.

But his dogged determination put him on a plane to Paris, where he qualified for the main draw – the only Aussie to do so – and made it to the second round. 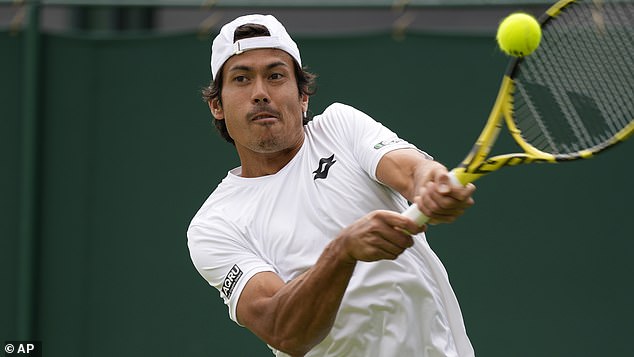 Again, he was forced through qualification at Wimbledon and the rest is history. He now, finally, has enough money in the bank to buy a house and a ranking back inside the top 100.

‘If anything, I can sort of invest more in myself now with that large amount of money for me.

‘Maybe a physio on the road more often, definitely more weeks with a coach.

‘If anything, it’s just I give myself more opportunity to hopefully do something like this again.’