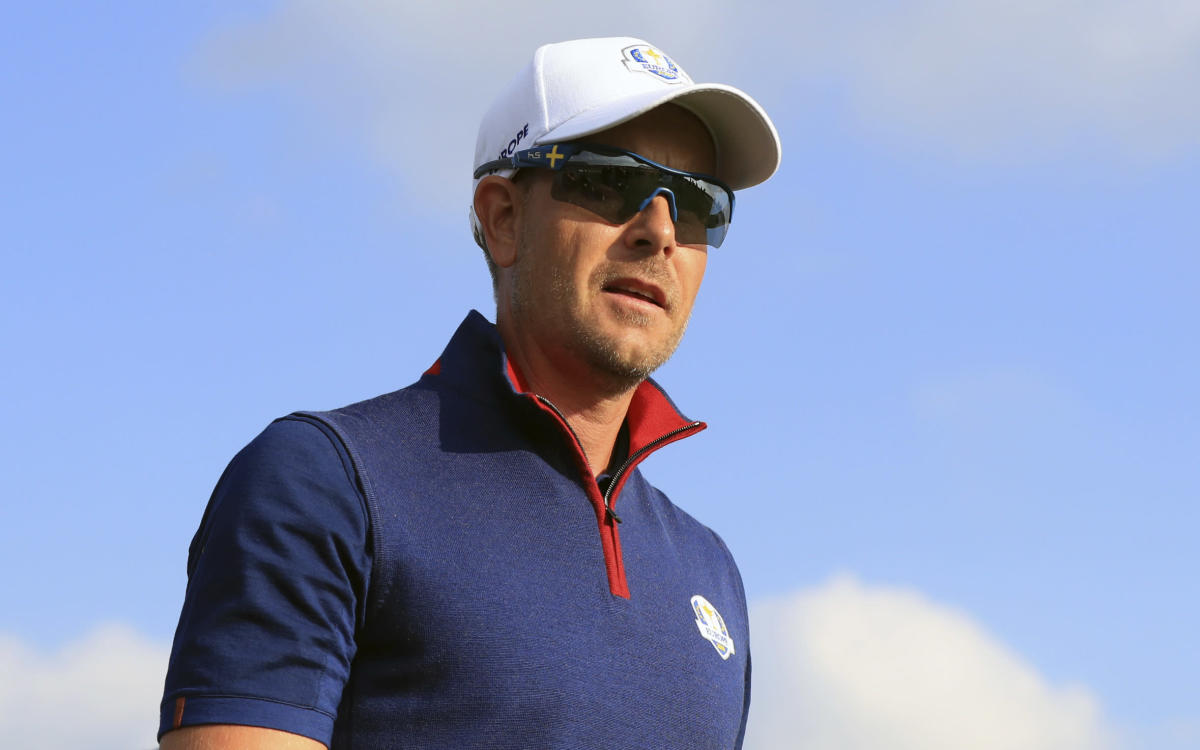 You would be hard pressed to find a restaurant that serves decent pickled herring or that has a selection of aquavit in Des Moines, Iowa, but the Hawkeye state’s favorite golfing son, Zach Johnson, the newly-named U.S. Ryder Cup captain, is going to get familiar with Swedish style over the next two years. And we’re not talking Ikea.

Two weeks after the PGA of America announced that Johnson will be the captain of the 2023 team that competes at Marco Simone Golf and Country Club in Italy, it was announced that Sweden’s Henrik Stenson will be leading the European Ryder Cup team.

Stenson, 45, won the 2016 British Open at Royal Troon in an epic battle over Phil Mickelson and was the winner at the 2009 Players Championship. He has competed in five Ryder Cups as a player and in his most-recent appearance went 3-0-0 at Le Golf National in Paris to help Europe win in 2018. His career record is 10-7-2, he played on three winning teams and was a vice captain last September for Padraig Harrington.

The start of the Ryder Cup is still 564 days away, but as Sir Nick Faldo, the losing European Ryder Cup captain from 2008, pointed out, Stenson’s job will likely be harder than a Viking winter.

It is far too early to project who will be on the team, but it’s safe to say that Stenson will be relying on Jon Rahm, Rory McIlroy and Viktor Hovland. They are the only three European players currently ranked in the top 10 on the Official World Golf Ranking.

Tyrrell Hatton is 15th, Paul Casey is 24th, Shane Lowry is 36th and Tommy Fleetwood is 47th. Sergio Garcia, a bright spot for the Euros at Whistling Straits when he went 3-1, is currently No. 49.

The Americans won the last Ryder Cup by a record margin, 19-9, and it is deep with young talent. Compared to Stenson, Zach Johnson will likely be able to blend a team to suit the course and conditions from an abundance of riches.

Dustin Johnson, who went 5-0-0 at Whistling Straits, is ranked No. 10 in the world and will be 39 when the next Ryder Cup is contested, but Justin Thomas (ranked 8th), Jordan Spieth (ranked 14th) and Xander Schauffele (ranked 9th) will only be 30. Those three players won a combined seven points for the U.S. team in Wisconsin.

Scottie Scheffler, ranked No. 5, has won twice on the PGA Tour since going 2-0-1 at the 2021 Ryder Cup, and Collin Morikawa, ranked 2nd, has won two majors and went 3-0-1 at Whistling Straits. They will only be 27 when the next Ryder Cup is played. The reigning FedEx Cup champion, Patrick Cantlay is ranked 4th, will be 31, and four-time major winner Brooks Koepka will be 33.

Among the players who were not at Whistling Straits but who might be blended into a team are putting and short-game specialist Kevin Kisner, the top-ranked ballstriker on the PGA Tour in Will Zalatoris, and rising star Max Homa.

Stenson said that the European team will decide at a later time how many captain’s picks he will have. Johnson has already said he will have six picks.

Regardless, the reverberations from the 2021 Ryder Cup are unmistakable. The United States has a deep, talented team that appears to be filled with players who are excited about playing and winning cups. The Europeans, now headed by Stenson, are transitioning, but the Swede is not intimidated.

“I know my players are going to be up for a challenge,” he said. “We saw a very strong American team at Whistling Straits. But we also saw that coming into Paris.”