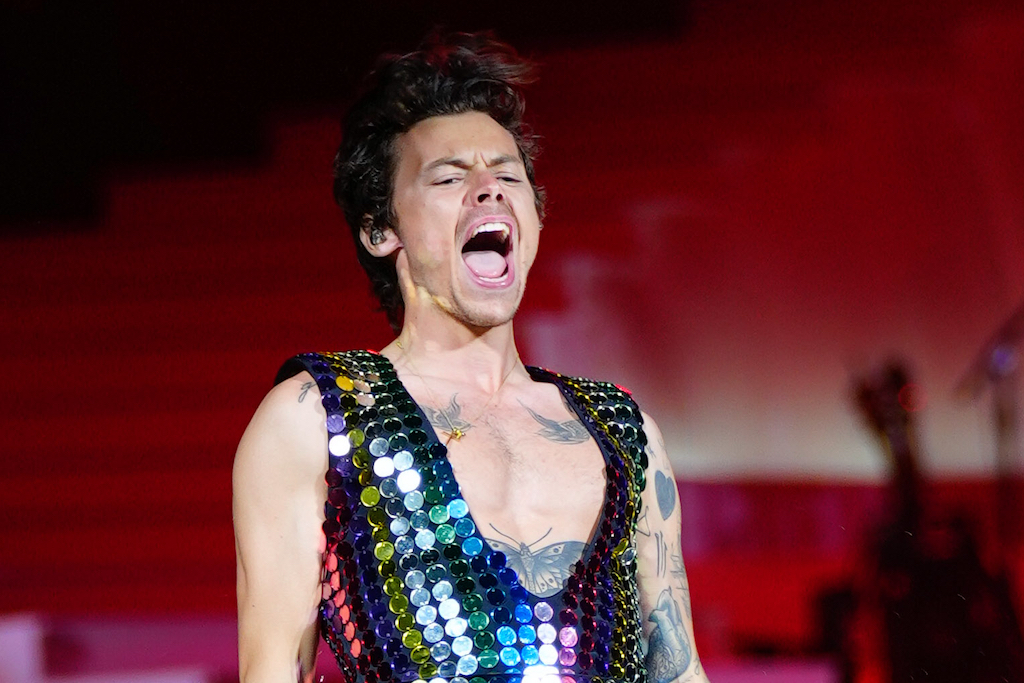 Harry Styles electrified the 2022 Coachella stage in a big way.

The “Watermelon Sugar” singer performed at the Indio, Calif.-based musical festival last night, where he wore a striking look to perform songs from his “Fine Line” album. He also wowed the crowd when he brought out Canadian singer and songwriter Shania Twain.

Outfit-wise, Styles donned a multicolored sequin jumpsuit that shimmered and sparkled as the bright stage lights reflected off of it, with a flowy disposition toward the legs. The garment had a plunging neckline and showcased the tattoos on his chest, and its sleeveless design also displayed the tattoos on his arms. In another shot, the “Night Changes” singer threw on a billowing furry black coat for a unifying touch to his colorful ensemble.

Sequins are a type of embellishment added to clothing to create a dazzling, ritzy look — when handled in moderation. Sequins were inspired by the centuries-old tradition of fastening coins to clothing to keep one’s wealth close, which can be traced as far back as 1300 B.C. First made of metal during the flapper era, sequins eventually came to be constructed of reflective Mylar or plastic. The embellishments have remained popular throughout recent decades, especially in eveningwear.

On the footwear front, Styles opted for a pair of shiny black boots that gave him great mobility to bounce around the stage. The shoes had patent leather uppers and an almond-toe shape.

Styles has also strived to make a name for himself within the fashion industry, having starred in campaigns for Gucci.

Click through the gallery to see Styles’ incredible fashion statements over the years.