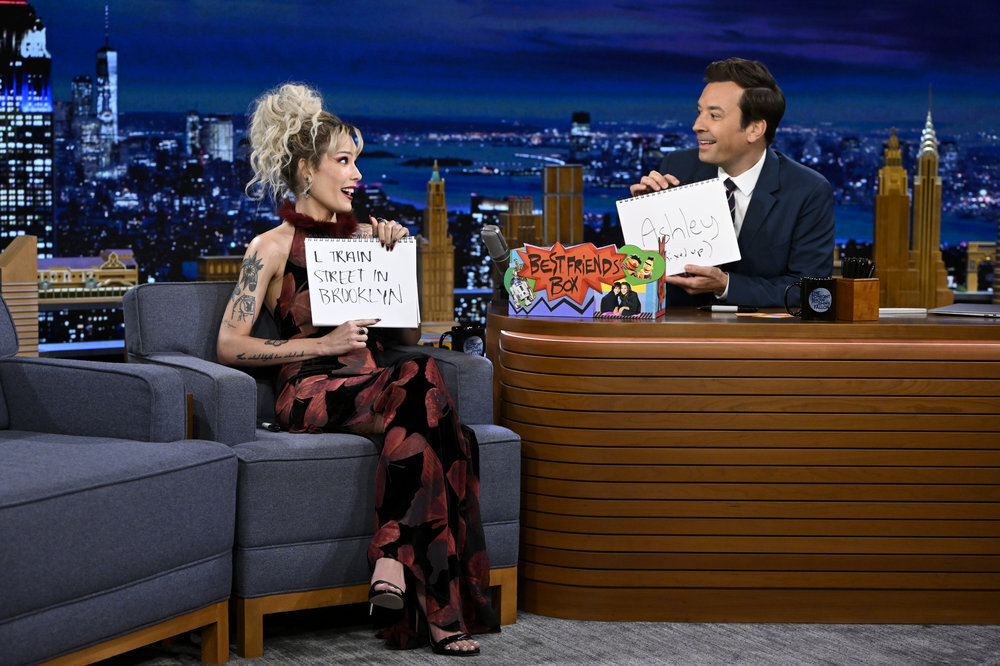 Halsey made her appearance on “The Tonight Show Starring Jimmy Fallon” last night in a sleek dress that took butterflies to a different level. The singer discussed music as well as her About Face beauty brand.

The halter dress by Kim Shui Studio consisted of meshed butterflies across the entire garment, with a black fabric under the design. Her neck featured a fur mock neck in the color of burgundy. This design embarked on a gothic aesthetic as Halsey remarked that she “felt like a vampire queen.”

With an exposed back, another line of fur trim was accented at the bottom. With all of her tattoos visible, the dress emphasized Halsey’s edginess but still prioritized elegance.

Her accessories were on the lighter side, which was understandable as the dress had enough drama on its own. Instead, she went with a fierce hair and makeup look, deciding on an ’80s up-do that capitalized on her blond curls.

For her makeup, she went with a bright blood-red lip that circled back to the “vampire”-inspired look she embraced.

Halsey coordinated the dress with a pair of glossy and very elegant open-toed heels. The black. colorway of the shoe went well with the ins and outs of the black fabric of her dress, keeping the look cohesive with moody colors. The sandals worked well with a dress that had its own dramatic flair and completed the look with minimal effort.

Pop on a pair of black sandals for a refined appearance.