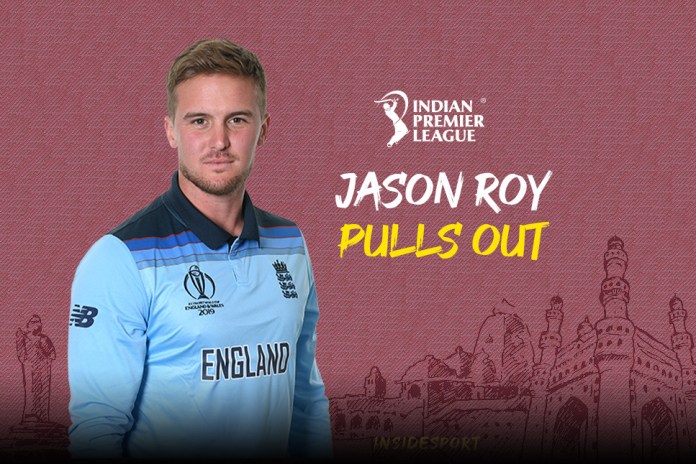 IPL 2022 – Jason Roy Gujarat Titans: Gujarat Titans faced a big blow ahead of the IPL 2022. Their Opening batsman Jason Roy has pulled out of the IPL 2022 citing bio-bubble fatigue. The England opener was bought by the franchise for his base price of 2 crore at the recently concluded IPL Mega Auction. Follow IPL 2022 LIVE Updates with InsideSport.IN

Jason Roy Gujarat Titans – Jason Roy Pulls Out: Gujarat Titans, which will be captained by Hardik Pandya, bought Shubman Gill in the retentions before the mega auction.

In the auction, they were able to acquire England opener Jason Roy for his base price, which was considered to be a steal.

While it was expected that Jason Roy would partner Shubman Gill at the top of the order for the new franchise, Jason Roy’s decision to opt out of the tournament has come as a blow.

Jason Roy PSL 2022: Roy recently played in the Pakistan Super League and slammed a century just before the auction.

Playing just five matches, he was the leading run-getter for his team Quetta Gladiators.

Who will Gujarat Titans name as a Jason Roy Replacement? The franchise is yet to name a replacement for Roy.

However, they have Matthew Wade, who can also open the innings for them.

The Maharashtra Government has also announced that 25% of the crowd will be allowed in the stadium which has come as a major relief to the Indian cricket loyalists.