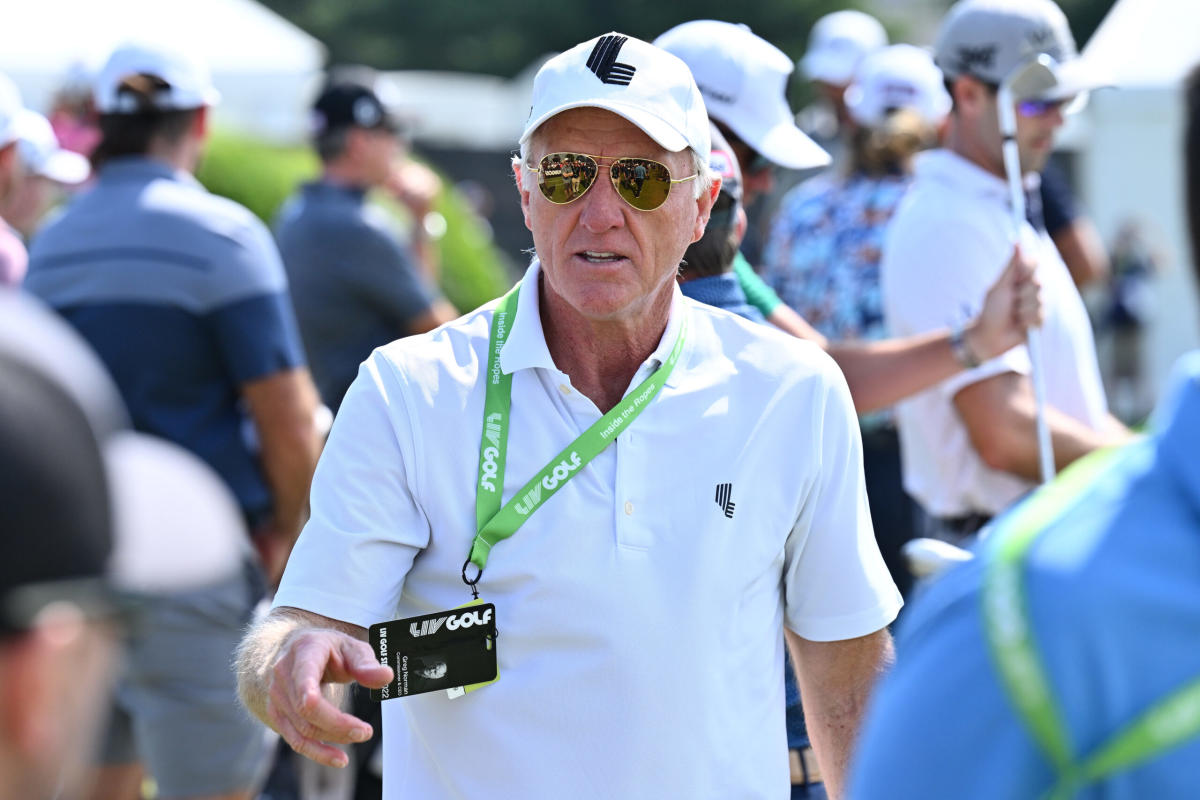 Greg Norman is heading to Washington, D.C. to talk L-I-V.

LIV Golf’s CEO and commissioner is set to visit with members of Congress this week on Capitol Hill to discuss the upstart circuit that features 54-hole tournaments, no cuts, shotgun starts and massive paydays. The news was first reported by Politico.

“LIV Golf is coming to the Hill this week to meet with lawmakers from both parties,” LIV Golf confirmed to Golfweek. “Given the PGA Tour’s attempts to stifle our progress in reimagining the game, we think it’s imperative to educate members on LIV’s business model and counter the Tour’s anti-competitive efforts.”

Backed by Saudi Arabia’s Public Investment Fund, LIV Golf has been criticized as a way for the Kingdom to “sportswash” its human rights record. Saudi Arabia has been accused of wide-ranging human rights abuses, including politically motivated killings, torture, forced disappearances and inhumane treatment of prisoners. And members of the royal family and Saudi government were accused of involvement in the murder of Jamal Khashoggi, a Saudi journalist and Washington Post columnist.

The ongoing power struggle between LIV Golf and the PGA Tour for professional golf supremacy has seen both organizations lobby against the other on Capitol Hill, and it’s a fight that won’t end anytime soon.

See also  Two holes-in-one, a DQ and a guy so frustrated he checked out of his hotel early (then shot a 62) highlight DP World Tour’s Made in Himmerland

Eleven golfers sued the PGA Tour for antitrust violations in August, but only seven remain after four players removed their names. When a judge in California denied the temporary restraining order that would have allowed three LIV players to compete in the PGA Tour’s FedEx Cup Playoffs, it also was revealed the antitrust case would begin in August of 2023 at the earliest. The United States Department of Justice is investigating the PGA Tour, as well.

See also  In first action in 55 days, Bryson DeChambeau in positive mood despite a 76 in Memorial