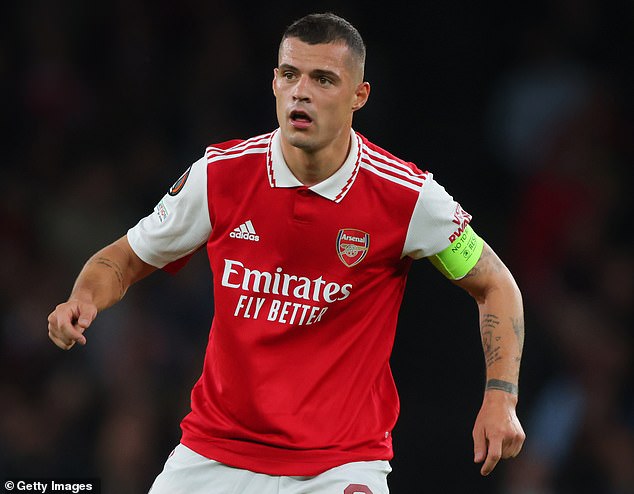 ‘When you are there you have to be there as long as possible’: Granit Xhaka urges Arsenal to maintain top spot in the Premier League before the World Cup, insisting ‘it has to be the aim’ following the Gunners’ strong start to the season

Granit Xhaka has challenged Arsenal to remain top of the Premier League until the World Cup, telling his team-mates: ‘It has to be the aim.’

Mikel Arteta’s side are four points clear of Manchester City after 10 games.

They have won eight straight matches in all competitions and this season boast the highest win percentage of any team in Europe’s big five leagues (93 per cent).

Xhaka has been instrumental in Arsenal’s climb to the Premier League summit and he said: ‘When you are there you have to be there as long as possible.

‘If we have the chance to stay where we are at the moment and the World Cup comes, maybe it is a good break for everyone, maybe for us as well, to prepare something else for January.’

Thursday’s Europa League win over PSV Eindhoven means Arsenal have not dropped a single point at the Emirates this season.

The Switzerland international has been reborn under Arteta in recent months and he wrote another chapter of his redemption tale against PSV, when his goal secured qualification to the Europa League knockout stages. Xhaka was then asked if he is playing the best football of his career. 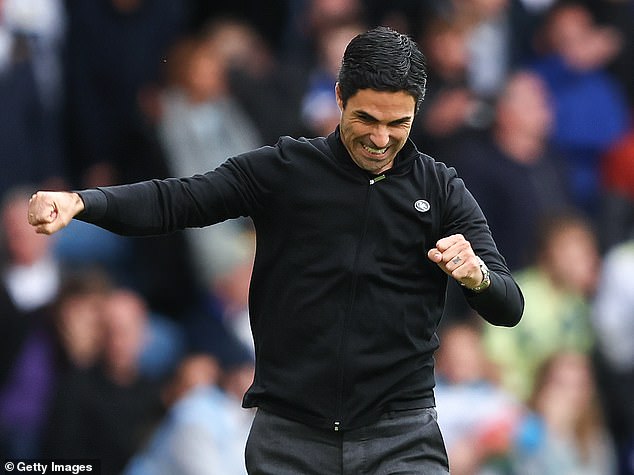 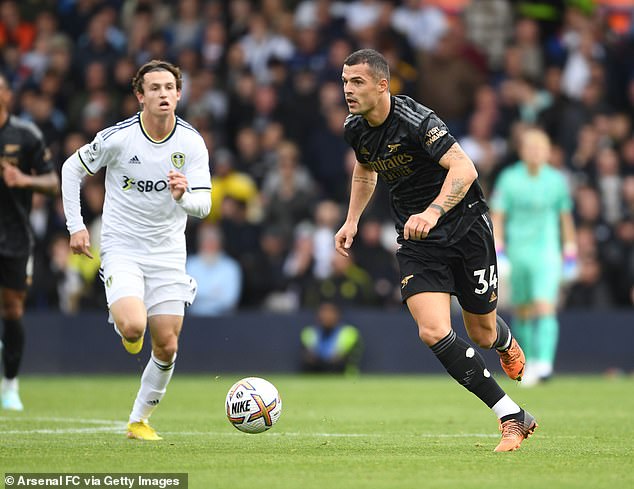 ‘It’s a hard question, I don’t want to put myself down!’ Xhaka said.

‘I did good work to be here where I am at the moment but it’s a different time, let’s say that. I’m much more experienced, much more…not clever because I don’t want to label myself stupid before but with the games, with age, with everything else around you become a different player, a different person. I’m so happy that everything is going how I always dreamed.’

The 30-year-old started all but one match this season and is among several of Arteta’s key players who are short of rest. 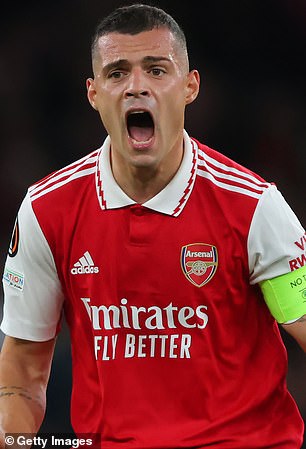 Knocks are beginning to take their toll elsewhere but Xhaka insists he won’t let the fear of injury impact his performance.

‘I will never think like this when I go on the pitch. This is football, it can happen in one second,’ he said. ‘You have to put your foot in when it is a 50/50 ball. And me, my personality, the people who know me, I will never back out of that.’

On how he keeps playing so many matches, the midfielder added: ‘It’s a secret! No, I am joking… I am 30 years old, I know my body better than before for sure. When you are young, you are different, you think different. When you are 30 you know your body, you know exactly what you need more of and what not. Of course you have your private people around helping you with everything, with the food, with the recovery.’

Arsenal will hope to continue their winning run at Southampton on Sunday.