The cocksure approach of Old Firm supporters is only occasionally – and amusingly – spoked. When Brendan Rodgers decided Leicester City was a more valid career option than seeking to equal, or make, history at Celtic the response was volcanic. Steven Gerrard will be spared such abuse – the Rangers following go weak at the knees within 500 yards of their now former manager – but the swapping of Ibrox for Villa Park and Premier League mediocrity still stings. Rangers, fresh from years as an on- and off-field laughing stock, adored the kudos bestowed on them by association with Gerrard. That he chose to walk away is a blow to light blue ego.

Rodgers, it should be noted, departed Glasgow with seven domestic honours – including two Trebles – and further Champions League experience. Gerrard has collected one Scottish trophy from a possible nine, with his wider mission as incomplete as it is tricky to evaluate. What he has in common with Rodgers, his former manager, is a debt of gratitude to a club in Glasgow, who did as much to elevate status as was the case in reverse. Rangers were good for Steven Gerrard by providing an environment not widely available elsewhere. If you can manage the Old Firm, you can manage anywhere, as Dick Advocaat once put it.

Should Rangers win this season’s Scottish top flight, they are almost certain to gain direct entry to the Champions League. Gerrard apparently could not care less, a path back to Anfield not being particularly well served by trouncing Ross County or watching players skate around an artificial pitch at Livingston. As the Rangers support mourn Gerrard’s loss, they are entitled to query the timing. It gives credibility to whispers all season that all was not well behind the scenes. One also has to wonder why Gerrard would not be fully confident of retaining the title, given the margin to Celtic at the end of 2020-21 was 25 points.

Just last month, days after insisting he was “happy” and “settled”, Gerrard broke ranks with the assertion that: “To compete with the teams we are playing against, we have to spend big money.” His point related to the Europa League. In response, the Rangers hierarchy were entitled to point to a seven-figure salary-bill increase mid-pandemic. The club has a last-reported £48m in staff costs, £33.5m of which relates to the first-team squad. It is a sad indictment of a player-trading model beyond Gerrard’s domain that not a single player was sold for even moderate value during his reign. Gerrard paid only lip service to the development of youth players via the first team. All the while, Rangers were reporting huge financial losses.

Gerrard’s desire to return to England follows logic. He made no effort to forge media relationships in Scotland, a matter linked in part to Rangers’ small-time approach towards press relations. Gerrard’s family remained in England throughout. If the grand plan is to succeed Jürgen Klopp, Gerrard has cause to believe he needs to be in view of the Liverpool hierarchy. Much of Gerrard’s approach in Scotland made this seem like merely a career stop, where England was the more serious or significant domain. Goodbye Stevie G, we never really knew you at all.

Relative obscurity in Scotland, however, undoubtedly assisted him. It is the reason, in fact, that his performance at Rangers is widely and lazily depicted as somehow sensational. It would be ludicrous to portray Gerrard’s time at the club as anything other than good, perhaps very good, but context needs to be applied. Rangers supporters rail against the pointing out of an 11% domestic trophy success record but this is a club that has always dealt in the currency of winning. St Johnstone claimed two trophies last season. It is perfectly reasonable to ask whether other coaches would have achieved more than or identical to Gerrard with the same ever-increasing resource.

The one trophy Gerrard did deliver was key. Rangers’ title success last season may have been the most important in their history. It was the first since the financial implosion of 2012 and stopped Celtic returning a record 10 in succession. Celtic’s implosion is an easy reference point but the fact is Gerrard’s Rangers played a part in that with their relentlessness.

Successive runs to the last 16 of the Europa League were noteworthy. There is a debate to be had on whether Rangers should be aiming for that kind of territory as a minimum but the fact remains they had been light years away from it before Gerrard arrived. Rangers topped a group that included Benfica.

Rangers had looked back to fine domestic fettle immediately before their manager’s departure. Their lead at the top of the table is four points, with a League Cup semi-final a little over a week away. Earlier, there had been struggles, including an embarrassing Champions League qualifying defeat by the 10 men of Malmö. Given their margin of 2020-21 league leeway, there was no excuse not to be fully prepared for that tie. Instead, Rangers capitulated at home.

Gerrard’s task was to ensure last season was not the exception, given Rangers had been a clear second best in Scotland in 2018-19 and 2019-20. When Rangers lost at home to Hamilton in March 2020, days after being bundled out of the Scottish Cup by Hearts, there was audible disquiet from the Rangers support relating to Gerrard’s capabilities. As football duly shut down, Rangers performed the perfect reset.

Gerrard is streetwise. He conducts and carries himself as a former Liverpool and England captain – and Rangers manager – should. Early over-praise and over-criticism of players at Rangers was toned down. When the training ground was revamped – again at decent cost – it was Gerrard’s way of raising standards. Yet would a manager with his CV, without the wow factor Gerrard had as a player, be appointed by a Premier League club? It is tricky to imagine that being the case.

“Let’s go,” declared Gerrard to mass appreciation as he was hired by Rangers. Go he did. At the first reasonable opportunity. What happens next at Ibrox may reveal Gerrard’s true value. 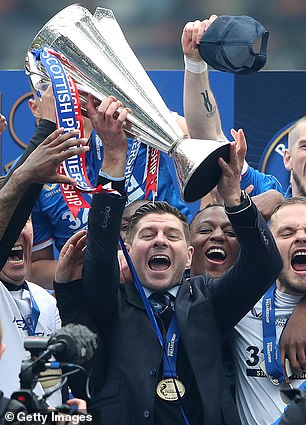 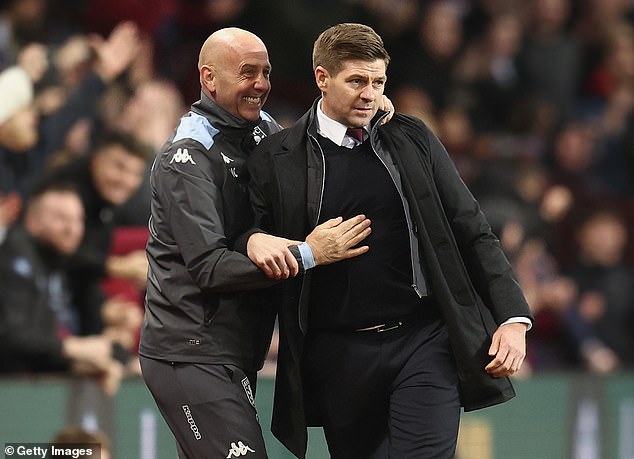