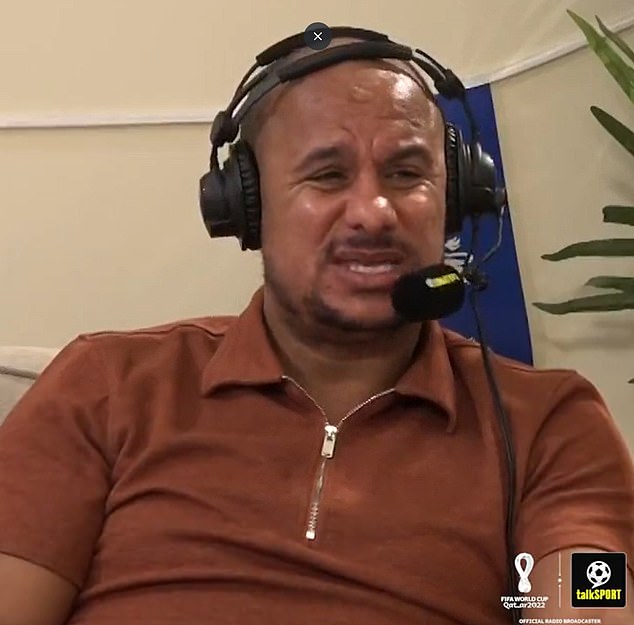 Gabby Agbonlahor claims only THREE Argentina players – Lionel Messi, Lautaro and Lisandro Martinez – would get into England’s starting XI… as he says the team ‘don’t have a chance of winning the World Cup’ after dismal loss to Saudi Arabia

Former England striker Gabby Agbonlahor reckons that only three of Argentina’s players would make it into England’s best XI.

Argentina were one of the favourites heading into the World Cup but made a disastrous start, losing 2-1 to Saudi Arabia.

England, meanwhile kicked things off perfectly with a 6-2 thrashing of Iran.

Scroll down for video

Gareth Southgate’s squad is packed full of quality and having watched both teams Agbonglahor thinks a combined XI would be predominantly made up of English players.

‘Some of my friends were like “they’re (Argentina) going to win this World”‘, he told talkSPORT.

‘They were second favourites after Brazil. I’m watching them play and I’m like Romero looked poor, Otamendi  looked poor.

‘I’m m looking at their team and I’m like Lisandro Martinez at centre-back, Martinez in goal and Messi maybe get into England’s XI. 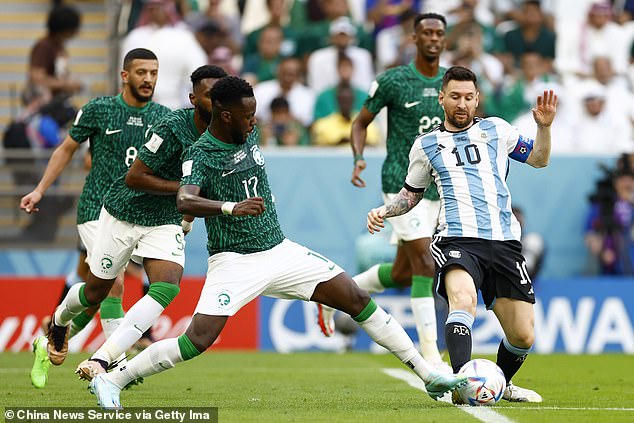