As Daniil Medvedev, the world No 2, started his French Open this week, there was ample reason for many not to even consider him for a deep run at this tournament as he makes his way back from hernia surgery.

In his absence, he has been the face of all the news about the ban of Russian players at Wimbledon; all of his press conferences and interviews have been dominated by this topic, making it a potential distraction. In his comeback tournament last week in Geneva, Medvedev lost his opening match to Richard Gasquet in straight sets and he seemed far from top form. He has returned on the surface he spent much of last year insulting, even as he reached the French Open quarter-final.

On Saturday, however, Medvedev stepped on to the court and produced one of the best clay-court performances of his career. Across just one hour and 48 minutes on court, he comprehensively outplayed Miomir Kecmanovic 6-3, 6-4, 6-2 to reach the fourth round for the second consecutive year.

Kecmanovic has been one of the standout players of the season. After arriving in Melbourne for the Australian Open ranked 77th, he has since risen to a current career-high ranking of 31st. But Medvedev dominated him from the beginning, playing controlled, attacking tennis, and across the match he could do everything he wanted with the ball. Medvedev finished with 42 winners and 26 unforced errors, and he was not broken throughout.

While Medvedev said he was surprised by how straightforwardly the match and scoreline panned out against such a quality player, he was only partially surprised by how he has played so far in Paris despite his preparation. “Coming here, of course not easy after losing the first round [in Geneva], but I felt on practice that there is something that is working well,” he said. “Just need to continue playing a lot of balls and working physically.”

He continued: “Here before the tournament I really felt good, great, made a lot of physical work, played a lot of sets on the high intensity. So, I’m not that surprised, but to be honest, every time I play really good on clay I’m a little bit surprised, so today I was surprised.”

Saturday was a productive day for tennis players from Russia, with Andrey Rublev, Daria Kasatkina and Veronika Kudermetova also winning. Asked if the group are supporting each other given their precarious status in tennis, Medvedev navigated the delicate subject by noting that while he and other Russian tennis players congratulate each other, he treats all other tennis players identically.

While all attention remains on the top-heavy half of Rafael Nadal, Novak Djokovic, Carlos Alcaraz and Alexander Zverev, the bottom half is a world of opportunity. Stefanos Tsitsipas, last year’s finalist and the only top contender to land in this half, is the heavy favourite to make the final after a productive tennis season. Although he easily defeated Mikael Ymer to reach the fourth round, his form has been questionable so far in Paris.

If Medvedev was not considered a true contender to reach the final at the beginning of the tournament, he is now. He will face Marin Cilic, the 20th seed, in the fourth round. Cilic defeated Gilles Simon 6-0, 6-3, 6-2 in the Frenchman’s farewell to Roland Garros. Simon, a former world No 6 and aged 37, has decided to retire at the end of the season.

“It’s a lot of work and a lot of suffering,” he said. “I’m down to three Voltaren and six [paracetamol] before the match. All that’s left is morphine. I know where I’m at. I’ll do everything I can to stay until the end of the year.” 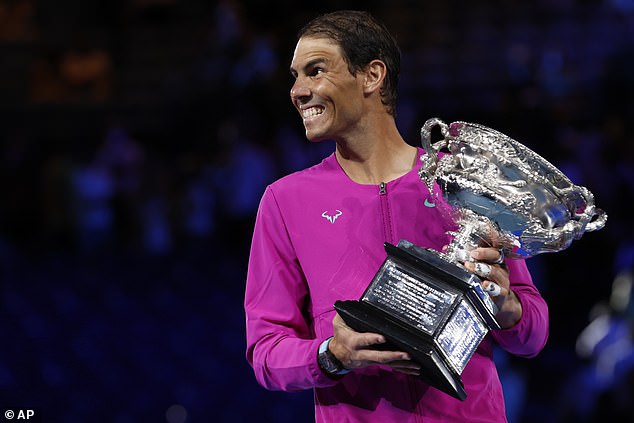