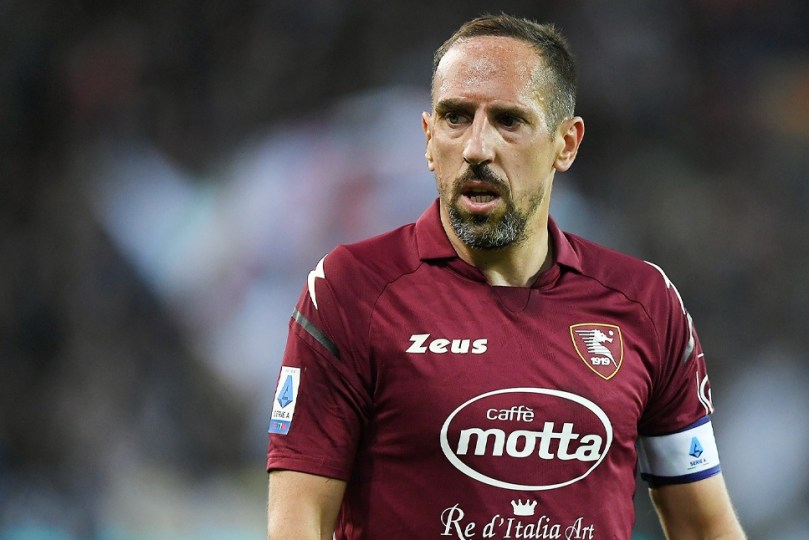 Frank Ribery Retirement: The Bayern Munich legend Frank Ribery announced his retirement from professional football. The 39-year-old took to social media to let the fans know about his decision of hanging up the boots. He tweeted “The ball stops, the feelings do not. Thanks to everyone for this great adventure.”  on Friday. For more Football related news, follow Insidesport.IN

The winger has been struggling with a knee injury for the majority of this season. Ribery has been playing for Serie A side Salernitana. He is likely to terminate his current contract early due to injury complications.

Ribery has spent the majority of his senior career in Bayern Munich, scoring 124 goals and providing 182 assists for the German club in a span of 12 seasons. The player retires with a trophy cabinet decorated with a Champions League and nine Bundesliga titles.

The winger has been the part of 2006 World Cup runners-up France National team. However, he retired from international duties back in 2014 after a persistent back injury. His club career, on the other hand, continued to flourish until now.

Thanks to everyone for this great adventure. 🙏🏼#FR7 #Elhamdoulillah pic.twitter.com/Ku4i1MeEbE

The player moved to Serie A in 2019 with Fiorentina. Last summer he joined the Serie A minnow Salernitana and helped them to avoid relegation. However, Ribery had been unable to make any appearances since the opening match against Roma this season. The 39-year-old finally succumbed to his knee injury and abruptly ends his glorious professional career of 22 years.

The next phase of Frank Ribery’s career may come sooner than expected as the Frenchman has been in talks with the Salernitana side for a management role already.