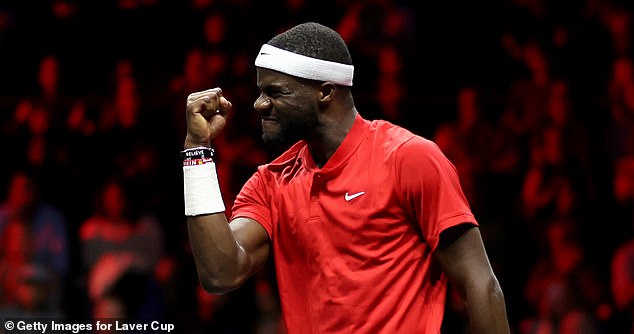 Right to the end of an emotional three days Roger Federer was ever the competitor, admitting that a shock defeat for his Team Europe at the Laver Cup had been a sting in the tail.

‘I don’t like losing, it’s not fun, it leaves a bad taste,’ said the Swiss legend, following a 13-8 reverse that saw his side lose this event for the first time in five editions.

Federer will be back soon enough, and is sure to be around in some capacity at next year’s event when it moves on to visit Vancouver. He denied there were any immediate plans to take over as Europe captain, and Bjorn Borg said he will stay in the role for a year before stepping down. 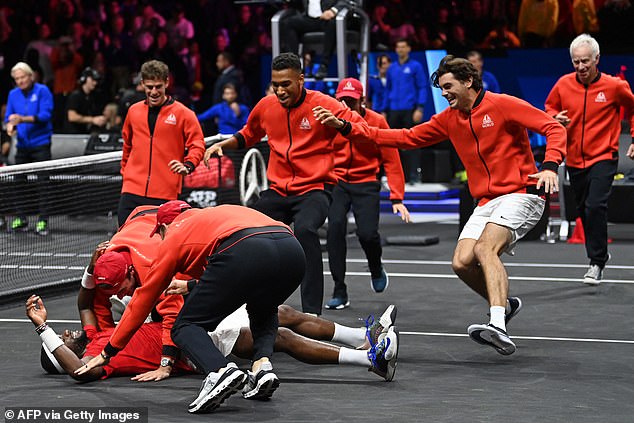 Quite what he brings to the position, aside from prestige, is something of a mystery. He was powerless to stop Sunday’s three defeats which completely switched the outcome.

The Swede seems to act more like a deck-chair attendant than coach on the courtside team bench, with the players stepping in to offer colleagues whatever advice is needed.

The sight and sound of great players such as Novak Djokovic giving pearls of wisdom to their usual rivals is arguably the best feature of the event, and part of its superb presentation. Whether that translates into genuine substance remains a moot point.

Regardless of that, there was no doubt the players have bought into it, nor any question that World captain John McEnroe was ecstatic at the outcome.

‘I love everybody, baby!’ he bellowed after American Frances Tiafoe had been the hero in clinching the win. 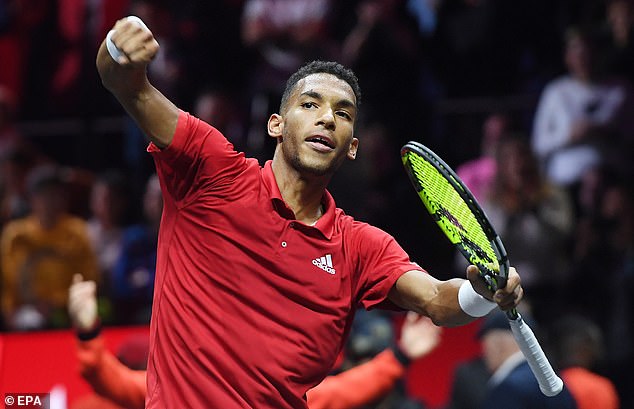 After being immersed in tears over Federer’s retirement, the superstars of Europe were left merely glum-faced after going down six matches to five, irrespective of points weighting.

Federer’s farewell dominated this glitzy affair, and imparted to it a historic significance far beyond the result.

‘I didn’t need to fire them up,’ said McEnroe of his lesser ranked players. ‘Frances is prime time, he loves this stuff.’

Fresh from making the semis of the US Open, the irresistible Tiafoe saved four match points at a packed O2 Arena to clinch the match with a 1-6, 7-6, 10-8 win over Stefanos Tsitsipas. 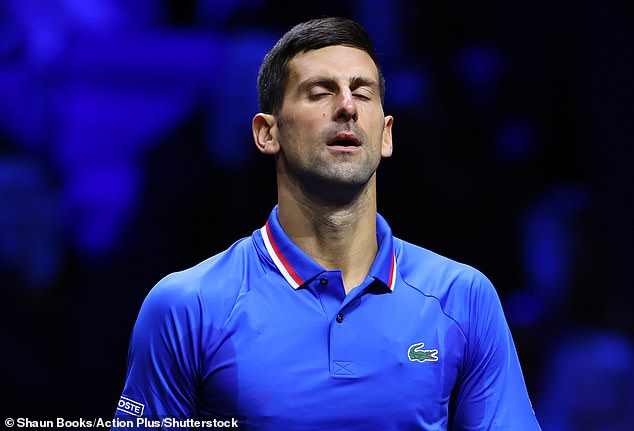 While the achievement could not possibly match the scale of hyperbole bestowed upon it by the TV commentators, it had been an unforeseen turnaround.

Starting the day behind 4-8, the shift began when Andy Murray lost another doubles rubber before Novak Djokovic went down to Felix Auger-Aliassime in straight sets. Before he knew it, with three more points on the line, Tiafoe had the chance to complete the upset.

He had come back to force a marathon second-set tiebreak, and after that reeled off five consecutive points in the sudden-death tiebreak which would decide the match. Clinching it 10-8 before being mobbed by his team-mates, he has again shown real star quality. 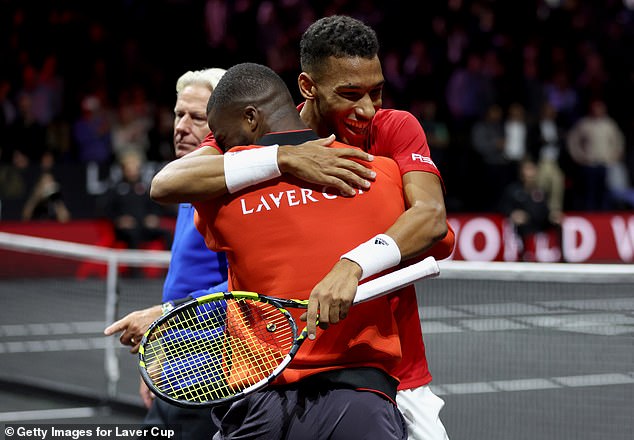 Murray will embark on the rest of his season less heartened. Across here, the US Open and Davis Cup, in singles and doubles, he has lost five matches aside from a dead rubber against Kazakhstan in Glasgow.

Once again it was a case of a few big points going missing, this time in the company of Matteo Berrettini. They each served double faults in the tiebreak in losing 2-6, 6-3, 10-8 to Felix Auger-Aliassime and Jack Sock.

Murray was again left to try to look on the bright side: ‘I’m still playing competitive tennis and physically feeling good against top players,’ he said. ‘I just need to start really turning some of these tight losses and close matches into wins. It’s as simple as that.’ 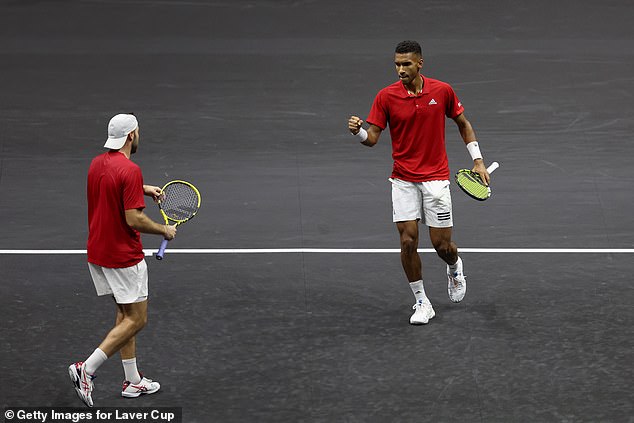 Auger-Aliassime went straight back out on court to beat Djokovic 6-3, 7-6. That was completely unexpected after the Serb had looked in superb form the previous evening.

Djokovic explained later that, having not played competitively since Wimbledon, his right wrist had become sore, although he still hopes to be able to play this week’s ATP event in Tel Aviv.

‘I have been struggling with my right wrist for the last four, five days, to be honest,’ he said.