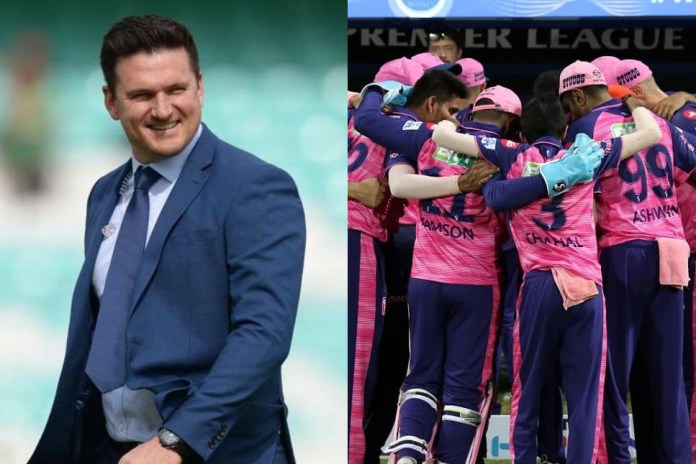 IPL 2022 Final: ‘-Former South African cricketer Graeme Smith expressed his elation at the prospects of watching two of the best teams in the IPL 2022, Gujarat Titans and Rajasthan Royals, clashing to lift the trophy in front of more than a hundred thousand spectators at the Narendra Modi Stadium in Ahmedabad on Sunday. Follow IPL 2022 LIVE Updates with InsideSport.IN

Speaking on ‘Cricket Live’ on Star Sports, Smith said, “It’s going to be a great contest. I can’t wait for it and I reckon the crowd at the Narendra Modi Stadium will be bigger than what it was in the Qualifier 2.

Also read IPL 2022 Finals LIVE: Trent Boult a DANGEROUS bowler, but a man with GOLDEN HEART: Watch VIDEO as he gives his JERSEY to a YOUNG FAN 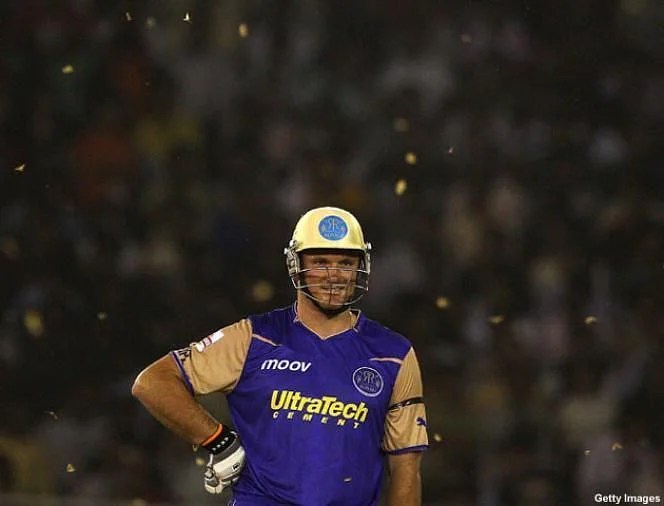 You can imagine that atmosphere and that energy (on this venue) when there will be more than a hundred thousand spectators watching the game. We have two quality teams playing the epic final and two quality bowling units and some high quality batting line-up on both sides. I think we are going to have an immaculate and exciting TATA IPL 2022 Final.”

The two cricketers, however, added that things get different in a high-stake game like Final, hence there can’t be any favourites as of now.

Rajasthan Royals stormed into the IPL 2022 final after defeating Royal Challengers Bangalore by 7 wickets in the Qualifier 2 and set up the summit clash with the IPL debutants.

Gujarat Titans, however, lead the head-to-head with two games to love against Rajasthan Royals in IPL 2022.

Smith – who was part of the Rajasthan Royals side when they lifted the title during the inaugural edition in 2008 – said the Sanju Samson-led side might have a little advantage over Gujarat Titans because it has already played a game and the men in pink and blue must have gotten a fair idea of the conditions. The former SA captain went on to claim that predicting a winner is tough because the two teams are full of potential match-winners.

Smith added, “I think the advantage Rajasthan Royals have over Gujarat Titans is that they’ve played a game on this surface. They have got used to the atmosphere, the outfield, the pitch, and the extra bounce.

But I think it’s a one-off game and (in matches like these) if someone from the big players stands to the occasion and puts up a massive performance, it gives a major boost to the side. Both these teams are laden with potential match-winners which makes the TATA IPL Final most exciting.”

Former Indian cricketer Suresh Raina – who has scored the most runs in the IPL playoffs and won four IPL trophies while playing for CSK – seconded Smith’s opinion. He, however, claimed that Gujarat Titans will be fresh as they’ve had some time to rest while the Royals will be playing their second game in three days.

Suresh Raina added, “I think Gujarat Titans will have a slight edge over Rajasthan Royals in the finals because they’ve had a good rest of four-five days and also due to the tempo they’ve been in this season.

See also  Kohli, Rohit & Bumrah likely to be rested for T20Is against NZ

I believe RR cannot be taken lightly because they are looking in sublime form and if Jos Buttler fires for one last time in this season, then it will be a huge bonus for the team. So it will be an epic clash. Also, the wicket has been brilliant here in Ahmedabad and we’ve seen a lot of strokes from the batters.”

Kieron Pollard ruled out due to injury