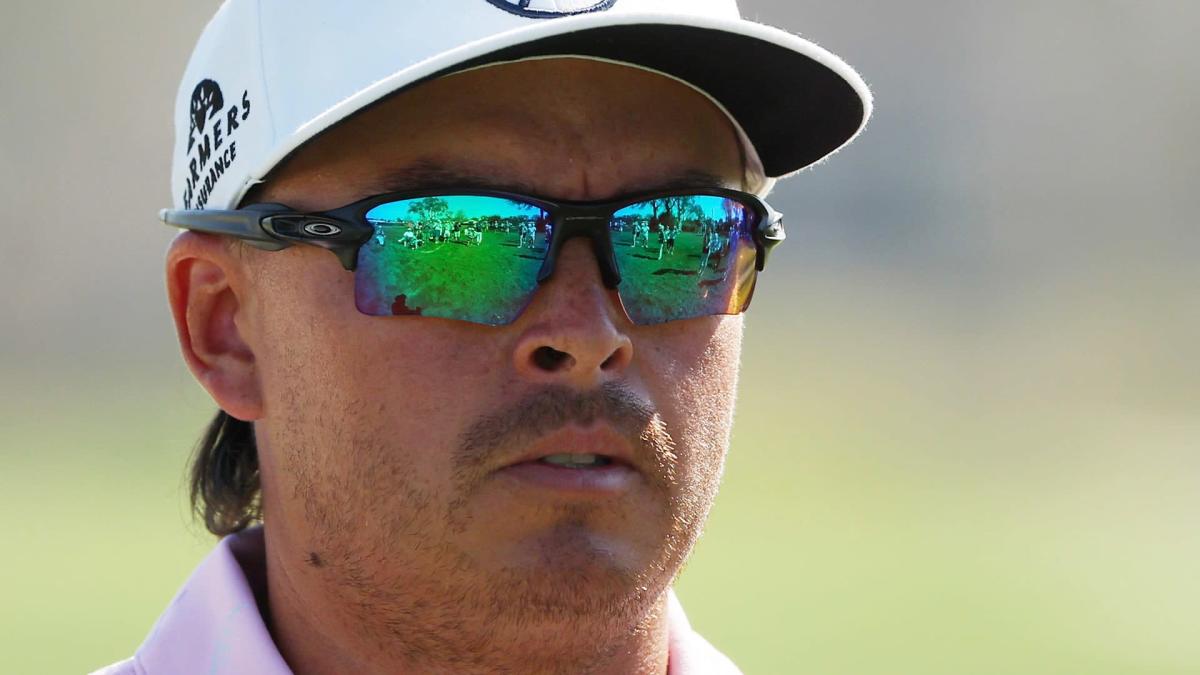 ORLANDO, Fla. – Rickie Fowler doesn’t have a plan in place. He’s going to play it by ear, as the cliché goes: practice, play golf, watch his phone and, yes, maybe even watch some golf. But it won’t be easy.

“It’ll suck,” Fowler admitted when asked about his plans for next week – Players Championship week.

For more than a decade Fowler has spent Players Championship week at TPC Sawgrass with a head filled with glory. He made his first start at the PGA Tour’s marquee event in 2010 a year after turning pro. He’s seen the “fifth major” transition from May to March, played for titles and missed the cut and was there when the world come to a surreal halt two years ago as the pandemic forced officials to cancel the event after 18 bizarre holes.

Fowler finished runner-up to Matt Kuchar in 2012 on the Stadium Course and endured a marathon playoff with a textbook Sunday on the island-green 17th hole in 2015 for his signature victory.

Apart from flat-brim hats and an endearing boyish charm, that ’15 victory has defined Fowler’s career. It’s not just the quality of title as much as it is the style points he earned by outlasting Sergio Garcia and Kevin Kisner in arguably the most compelling playoff in the championship’s history.

For the first time since joining the Tour in 2010, Fowler will see The Players from a different perspective: at home watching on television.

“It’s one you don’t want to miss. It’s obviously a special one given that I’ve won it before,” said Fowler, who still has an outside chance to make the field at TPC Sawgrass as the seventh alternate but it’s unlikely. “Play better and things fall into place.”

Playing better has been the problem for some time.

Players Championship field: Phil Mickelson out, 48 of world’s top 50 in

Fowler’s struggles have been well documented. He’s three years removed from his last Tour victory (the 2019 WM Phoenix Open) and has plummeted to No. 122 in the world ranking. The questions have become ubiquitous enough that the answers seem patented but this felt different. This is The Players.

“Playing poor golf is a big bummer, it sucks. Everyone goes through tough or low points in this game,” he said. “Just try to ride it out and keep pushing forward.”

The dark clouds parted slightly last fall when he tied for third at the CJ Cup in Las Vegas. It was enough to give Fowler and swing coach John Tillery a reason to be optimistic, but after starting the year with three consecutive missed cuts that momentum seems lost.

Fowler took nearly three months off for the birth of he and his wife Allison Stokke’s first child, a daughter named Maya who was born on Thanksgiving Day.

It was a special time for the family and Fowler said the extended break was a once-in-a-lifetime experience. He also conceded that the break made any momentum from the fall seem like a distance memory.

“There was a lot of good stuff there. I didn’t play that well afterwards but went into having quite a bit of time off and that was all planned and I wouldn’t change that for anything,” Fowler said. “But that made it kind of tough to take that good play there and roll with it, in a way. It was like, OK, that’s it. Now it’s trying to pick back up where we were.”

Fowler said he and Tillery are finally “speaking the same language” when it comes to the golf swing. And an extended session on Tuesday (five baskets filled with range balls) at Bay Hill has become the norm as the 33-year-old continues a comeback that’s going on two years now.

At Bay Hill where he was playing for his last realistic chance to earn a spot in The Players’ field, there were plenty of signs of progress. A towering tee shot on Sunday at the par-3 17th sailed over the flag to 23 feet followed by a wedge to 4 ½ feet at No. 18. There was also the not-so-good like at the eighth when a missed fairway led to a double bogey-6 and again at the ninth for a triple bogey-7.

There has been plenty of missing out for Fowler the last few years. He didn’t play the Masters or U.S. Open last year and he hasn’t qualified for the Tour Championship since 2019. But not being at The Players will hit differently.

The last time that happened he was at Oklahoma State dreaming of a life as a professional. Barring a historic exodus, he will spend next week dreaming of a tournament that means so much to him.

“I’m not going to schedule around to watch it,” Fowler laughed when asked if he planned to watch The Players. “I’d be out playing and practicing and probably later that afternoon if I’m home, there’d be time when I’d watch and keep up with it.”

It seems more likely he’ll spend the week trying to find answers that have eluded him for so long. It won’t be an easy week and he knows that, but he also knows there’s only one way back to both TPC Sawgrass and the top of the golf world.

“The love of the game is just growing. It’s not going away,” he said.