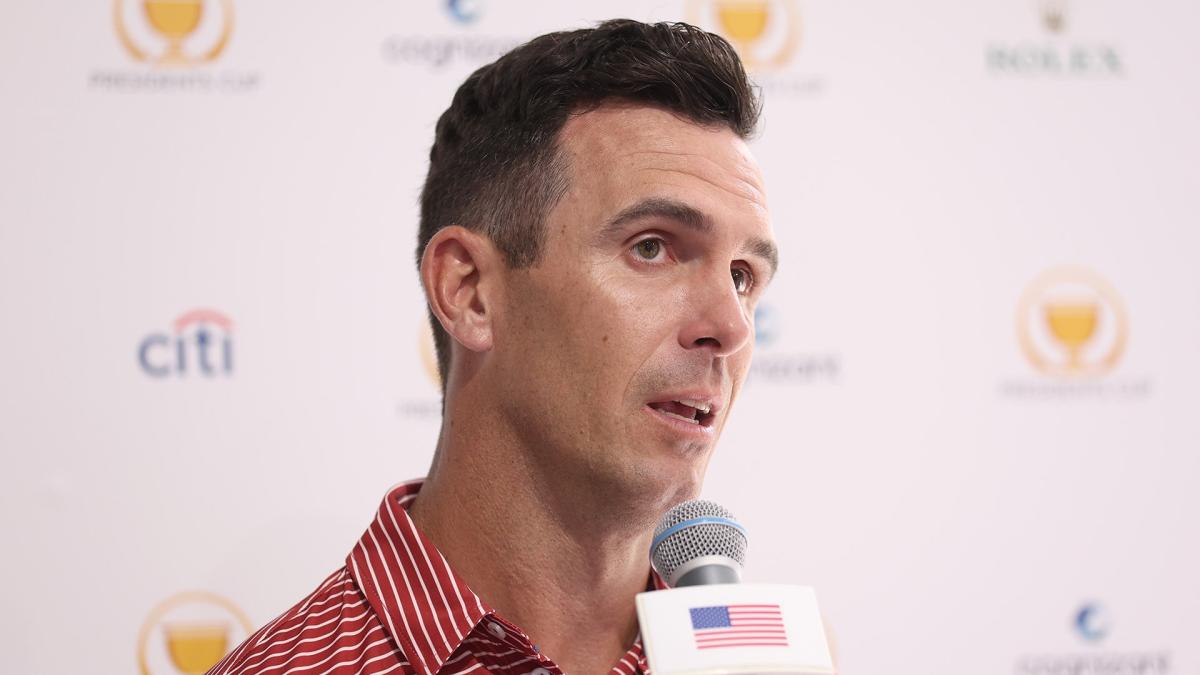 Billy Horschel has been waiting 14 years for this moment, to be a part of a U.S. team. He remembers most vividly being passed over for the 2014 Ryder Cup despite winning two playoff events and later watching on television the Americans struggle to a five-point loss at Gleneagles.

However, when it comes to moments like that, when Horschel has been left at home while his compatriots played on, it’s never added to his motivation. After experiencing a Walker Cup as an amateur as a member of the victorious 2007 U.S. squad, Horschel never needed extra incentive to qualify for a professional Cup.

“My desire burns so hot that it can’t go any higher,” Horschel added. “To make these teams … there’s no higher ceiling. There’s nowhere else for it to go.”

So, forgive Horschel if he’s a little miffed that some people want to dampen his Team USA debut by questioning his and others’ belonging at Quail Hollow.

Sure, he’s aware of the past American team members who aren’t here following their defections to the Saudi-backed LIV Golf circuit, guys such as Dustin Johnson, Brooks Koepka, Bryson DeChambeau and Patrick Reed, who all either were suspended or forfeited their PGA Tour memberships and were ruled ineligible for this event. But as one of U.S. captain Davis Love III’s six captain’s picks, Horschel, who finished 11th in points, feels deserving of a spot on this year’s 12-man American squad, regardless of who isn’t playing or what anybody else thinks.

See also  The Open: Tiger Woods sheds tears as he walks down the 18th hole at St Andrews

Love: ‘No talk’ among U.S. of missing LIV players

He’s not alone. Moments after winning the Fortinet Championship on Sunday, Max Homa was asked on the broadcast about his upcoming Cup debut.

“I’m just happy to be in form, to represent my country, play with those boys,” Homa said. “They’re some good golfers, so I just wanted to come in in form.”

Homa then couldn’t help but call out his haters.

“I know this is Twitter, but I’ve had a lot of people tell me if the LIV guys wouldn’t have left, I wouldn’t have made the Presidents Cup team,” he added, “so I had a little bit of a chip on my shoulder this week.”

Horschel, who won the Memorial this year among five top-10s, addressed Homa’s comments on Tuesday during his media availability.

“I know there’s been a lot of chatter about it on both sides, at least the players who went to the LIV tour. Then as Max [Homa, another pick] sort of indicated Sunday after he won, there was a lot of people on social media that like to chime in. What he’s heard, I’ve heard as well, I only made the team because the LIV guys left the [PGA] Tour,” Horschel said. “I mean, those are just people that don’t know what the ‘F’ they’re talking about. If they would have seen the points list when [Johnson and others] left the Tour, Max and I were clearly in the top 12. So, it doesn’t bother us one bit.”

Love was asked about such chatter, too, and while he admitted that Johnson, a stalwart inside these U.S. team rooms (nine total Cups) who had recently gone 5-0 at last fall’s Ryder Cup, would’ve at least procured a captain’s pick had he been allowed to participate.

“Yes, we miss him,” Love said of Johnson. “But I think on points, we pretty much got the guys we wanted to get. I think we would have had to make a spot for him as a pick farther down unless he got on a huge roll in the FedExCup. But like Trevor said, we’re really happy with the 12 we’ve got because we know that they’re committed and excited. Look at Max Homa. He was talking about it since January, ‘I want to make this team, I want to make this team.’ Billy Horschel … he’s been on the bubble for three or four teams. He’s really excited.

“So, like Trevor, we have a bunch of guys who are excited and ready to play, and there’s no talk in our team room of anybody missing.”