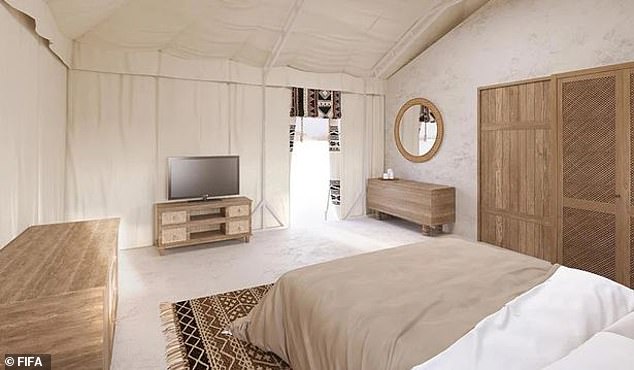 FIFA have unveiled a tent city that they plan to host World Cup fans in Qatar this winter as part of a ‘fan village’ experience at the tournament.

The tents though will be no ordinary camping experience and will cost supporters around £350 per night to stay at the venue based in Al Khor.

With hotel booking limited in the tiny state at the tournament that kicks off in November, it’s still likely to be the cheapest form of accommodation for any supporter wishing to see their side compete. 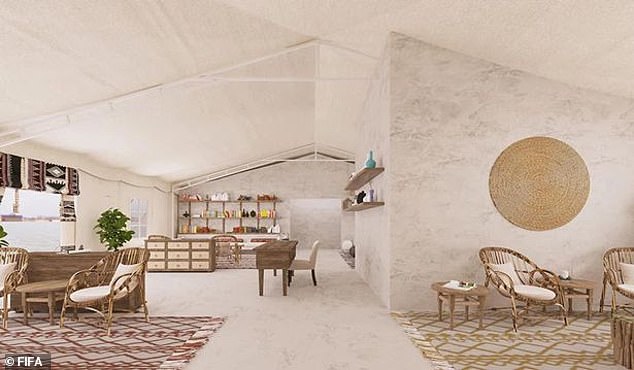 The tents though are more than just your average cramped experience that you might get at a music festival.

They are spacious, have air conditioning, an ensuite bathroom and coffee and tea-making facilities.

In addition there is also the luxury of a TV, a hair dryer, iron and an ironing board, fridge, a safe and even wifi – helping match many facilities on offer in a typical hotel room.

With the tent city based in Al Khor, it is also based in one of the city’s that is holding World Cup matches – including England’s clash against the United States in their Group B match on November 25 as well as one of the semi-finals on December 14.

The venue is also just 40 minutes away from the capital city of Doha.

FIFA have described the accommodation as a ‘unique experience’ that will allow fans to connect with the culture of Qatar.

‘Fan Village Al Khor offers a unique experience of Arabian camping that both reflects and encompasses the traditions of Qatar. 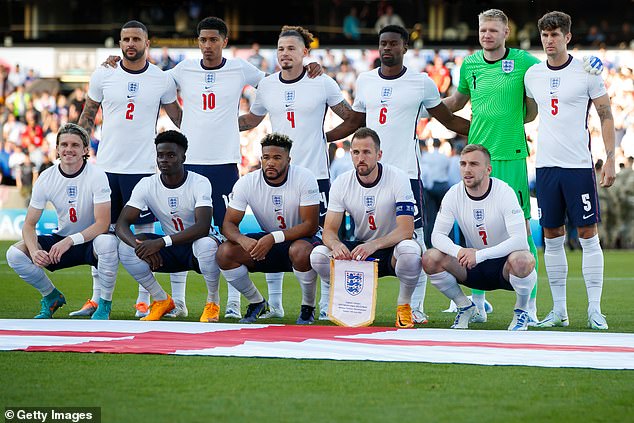 ‘The accommodation is comfortably furnished, laden with contemporary touches and in a style reminiscent of a traditional Qatari tent.

‘Being located directly on Farkiah Beach allows you to escape and connect with nature, culture and the beauty of the golden sands.’

England will be hoping to build on reaching the semi-finals of the last World Cup in Russia as well as the final of Euro 2020 last year.

Gareth Southgate’s men have been placed in a group along with Wales, the United States and Iran and will take on the latter in their first group match on November 21.