T20 World Cup: Virat Kohli on Ravichandran Ashwin’s selection – Team India captain Virat Kohli has backed Ravichandran Ashwin to make an impact in the upcoming T20 World Cup in the UAE. Ashwin returned to the white ball side after a hiatus of four years, with many questioning his inclusion, considering the absence of Yuzvendra Chahal in the team. However, Kohli has backed the veteran spinner, saying that the Delhi Capitals star made India’s T20 World Cup squad on merit, and is counting on the experience Ashwin has gained over the years.

IND vs ENG Warm-up: Speaking in a media interaction ahead of the India vs England warm-up game, captain Virat Kohli heaped praise on Ravichandran Ashwin, backing his experience to make an impact at the T20 World Cup. Kohli said that Ashwin was rewarded for his fearlessness and ability to bowl at any stage of the game,  and believes finger spinners can be more effective than leg spinners in the UAE.

He said, “Ashwin has been rewarded for reviving his white-ball skills altogether. He bowls with a lot of courage in white-ball cricket. If you saw the IPL in the last couple of years, he’s bowled difficult overs, he’s bowled against the top players in the IPL, and not being shy to put the ball in the right areas. Spinners can get intimidated by the way power hitters hit the ball, but Ashwin believed in his skill set.”

See also  Why fans want to BOYCOTT CSK? Chek why

IND vs ENG Warm-up: Virat Kohli further explained why Ravichandran Ashwin made it to India’s T20 World Cup squad, and how the veteran offspinner could make an impact. The Delhi Capitals star had a modest IPL 2021, but kept his place in the squad, marking a return to the limited-overs team after four years.

The Indian captain said, “We felt like the way he was bowling and his variations now and his control over pace is something which is … again a lot of experience, a guy who has played a lot of international cricket and he’s at his confident best. These guys can go in there and change the game with their spells.”

Ravichandran Ashwin formed a potent pair with Ravindra Jadeja across all formats of the game before they were disbanded in favour of wrist spin in limited-overs. Ashwin and Jadeja have bowled and Kohli is hopeful that the duo can rekindle that partnership with finger spinners making waves in the UAE.

Kohli said, “Wrist spinners were the ones in demand, mostly through that middle period, but now the finger spinners with that accuracy have come back into the game again, so we also have to evolve as a team with the evolving trend of the game. With Ash and the likes of Ravindra Jadeja as well, performing beautifully. These guys can be very consistent.”

Virat Kohli achieves most Test wins as captain in England; Check out 4 other records broken at Oval • InsideSport 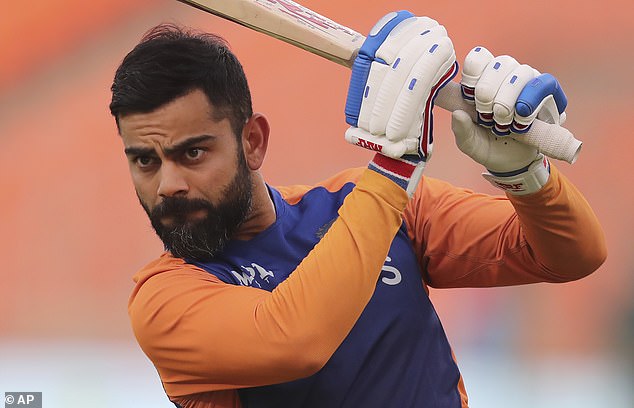