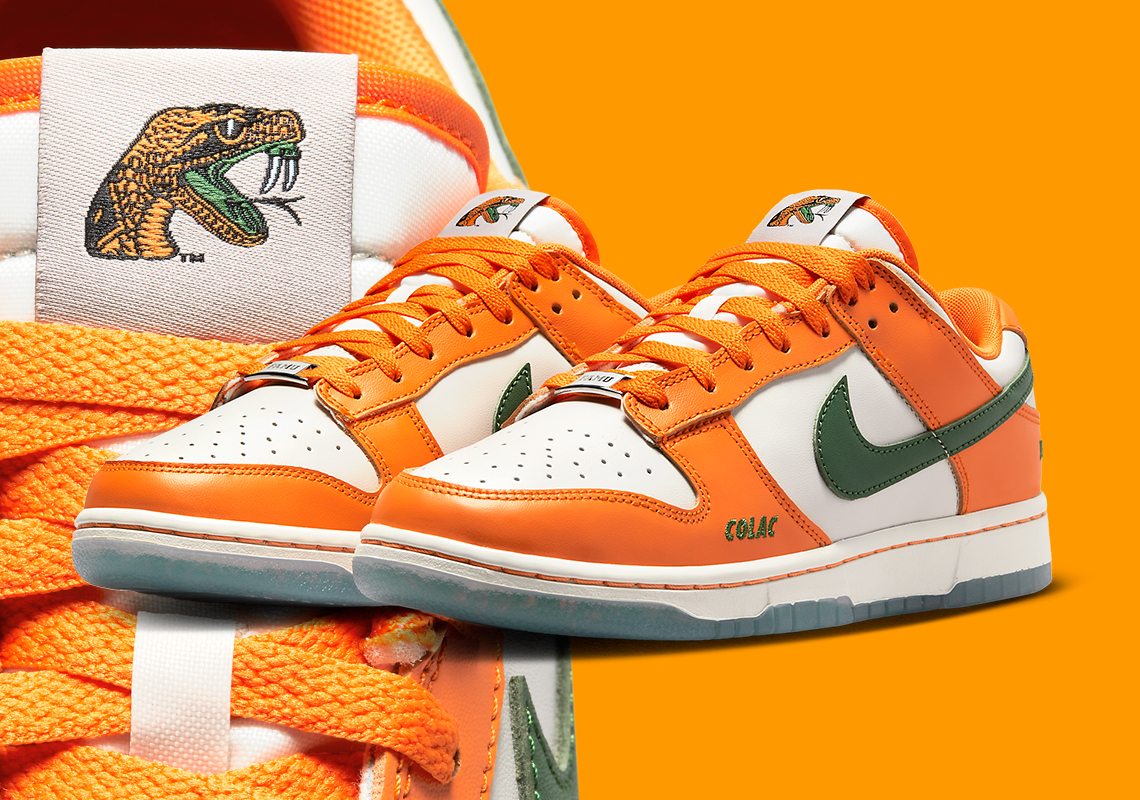 As NIKE, Inc. continues to show support for Historically Black Colleges and Universities, the Oregon-based conglomerate has stopped by Tallahassee, Fla. to present FAMU with its very own Nike Dunk Low.

Clad in the school’s iconic orange and green colors, the newly-surfaced pair is laden with references to Florida Agricultural and Mechanical University. The Rattler mascot (based on folklore surrounding the institution’s relocation to Highwood Plantation in 1891) replaces traditional “NIKE AIR” branding on the tongue label, while “1887” on the heel of both shoes nods to FAMU’s founding year. “WE BRAGG DIFFERENT” messaging also lands on the Nike Dunk‘s heel, further allowing those with connections to the third largest HBCU in the U.S. to boast in a way their peers can’t. Other nods to the Florida-based school appear at the lateral quarter panel, aglets and semi-translucent outsole. Lastly, the sneakers arrive in a “YARDRUNNERS”-branded box, a call out to the initiative the Swoosh founded in 2020 to highlight HBCUs and some of their exceptional students.

Enjoy official images of the pair ahead, and anticipate a Nike SNKRS launch soon.

In related sneaker news, the Air Jordan 1 “Lost and Found” is scheduled to release in November. 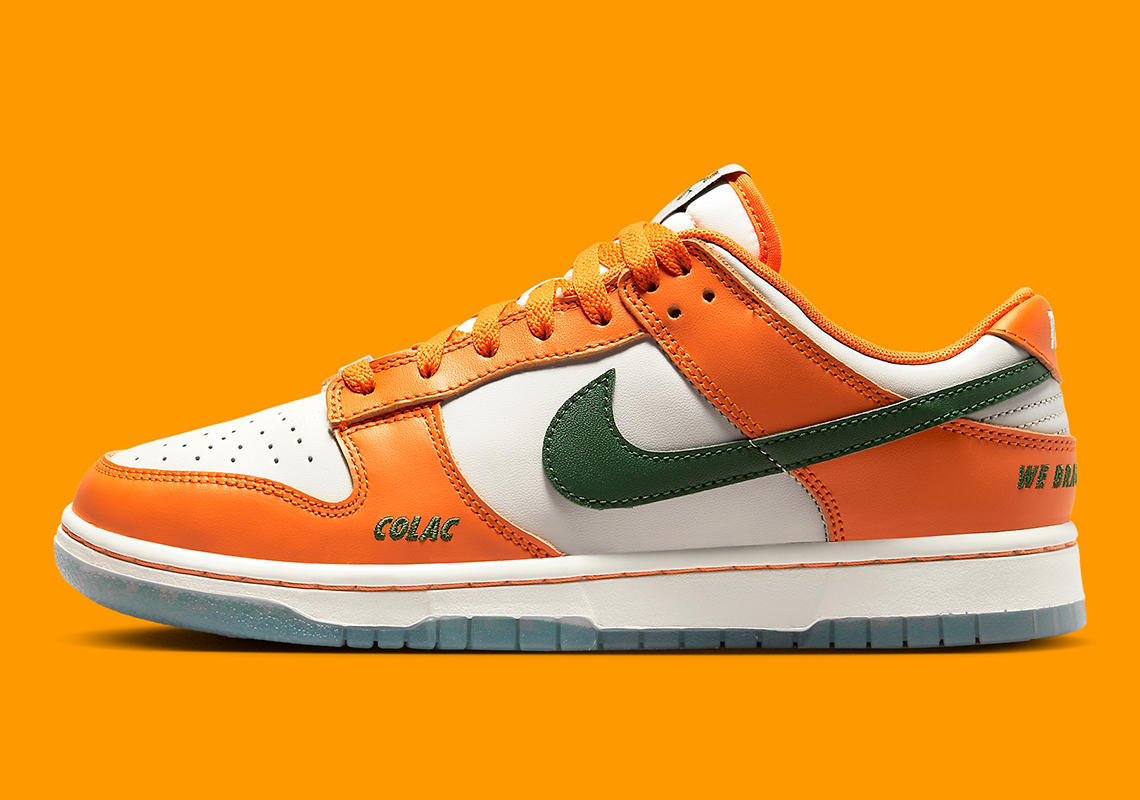 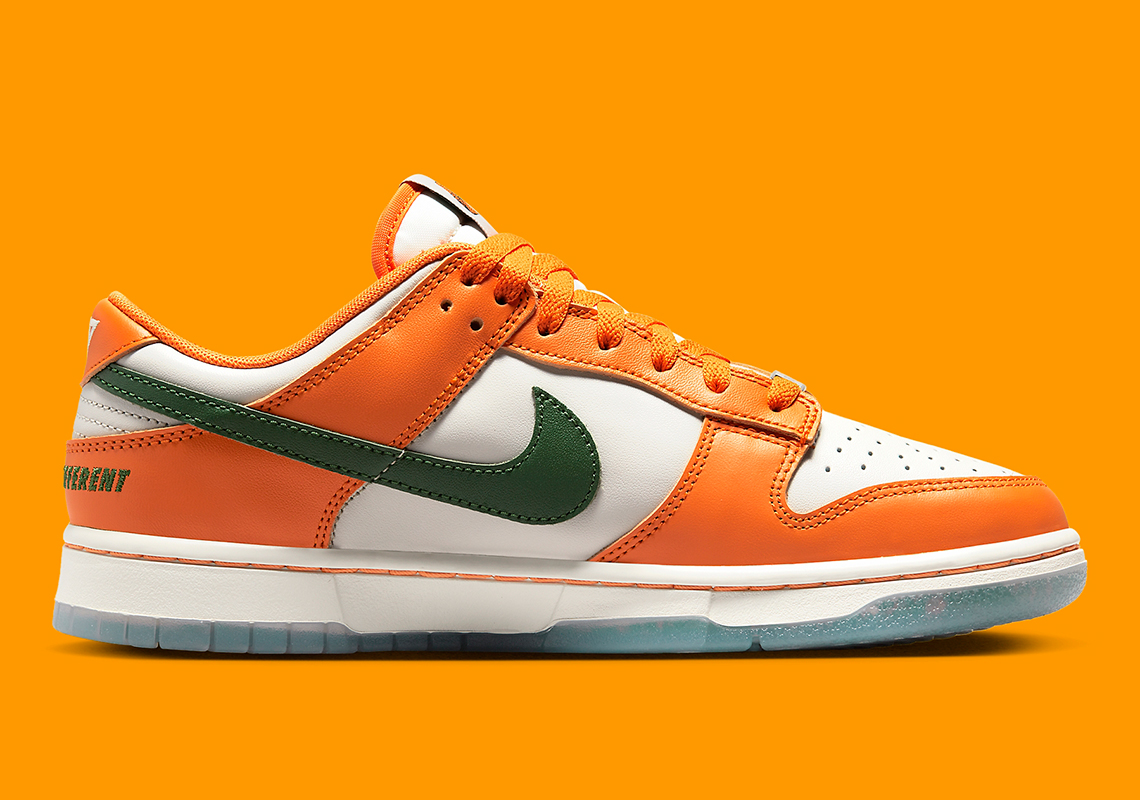 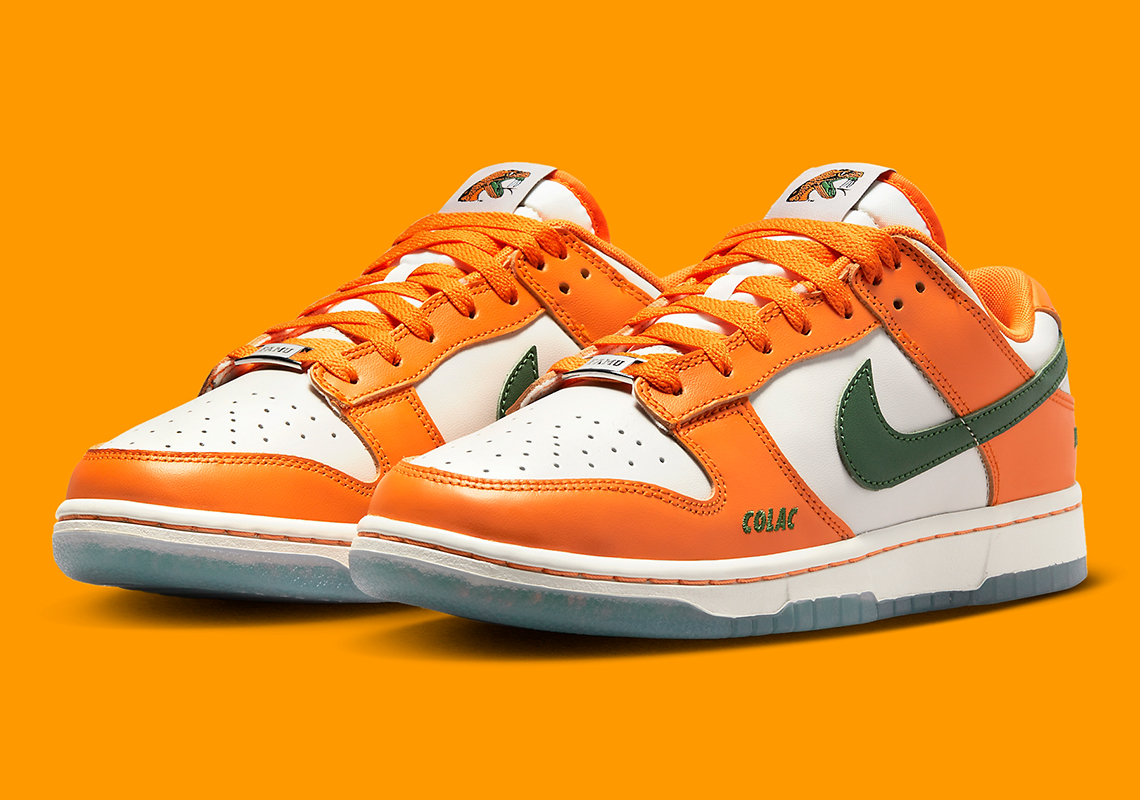 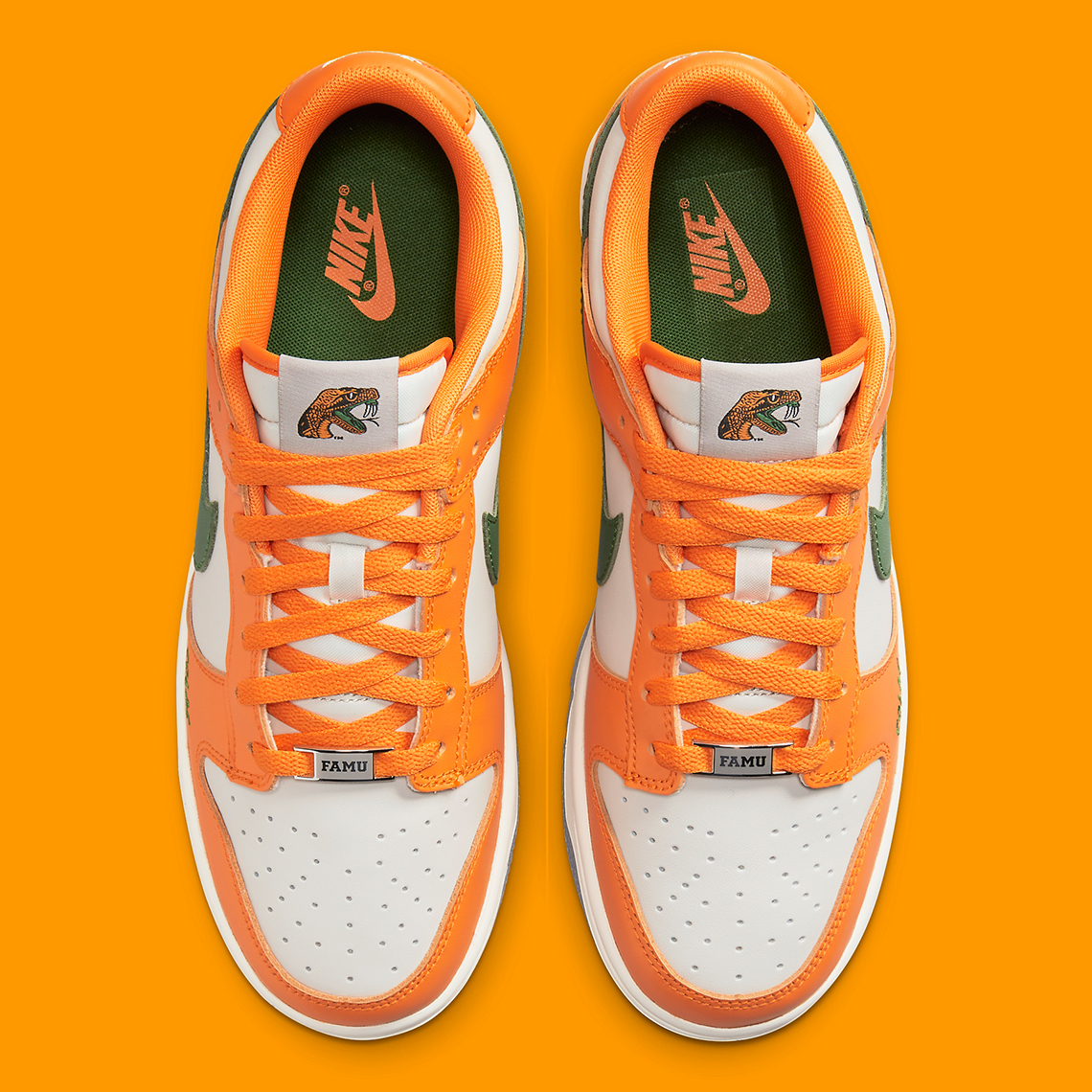 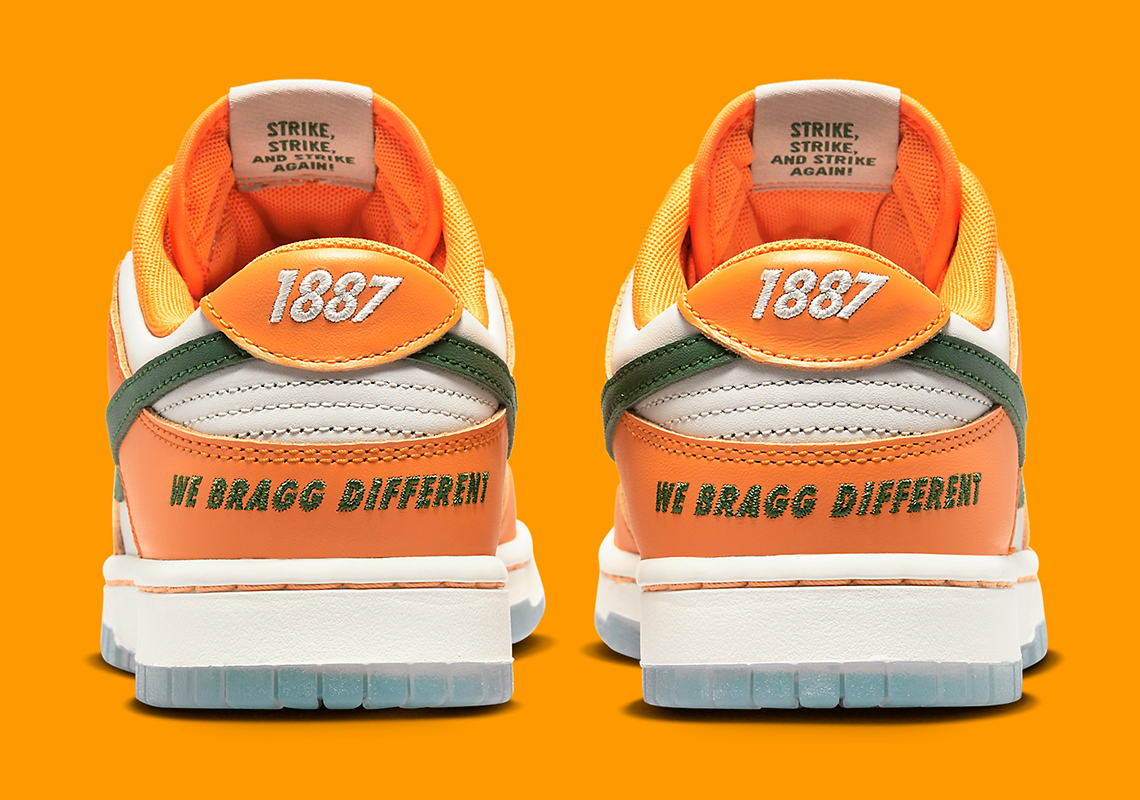 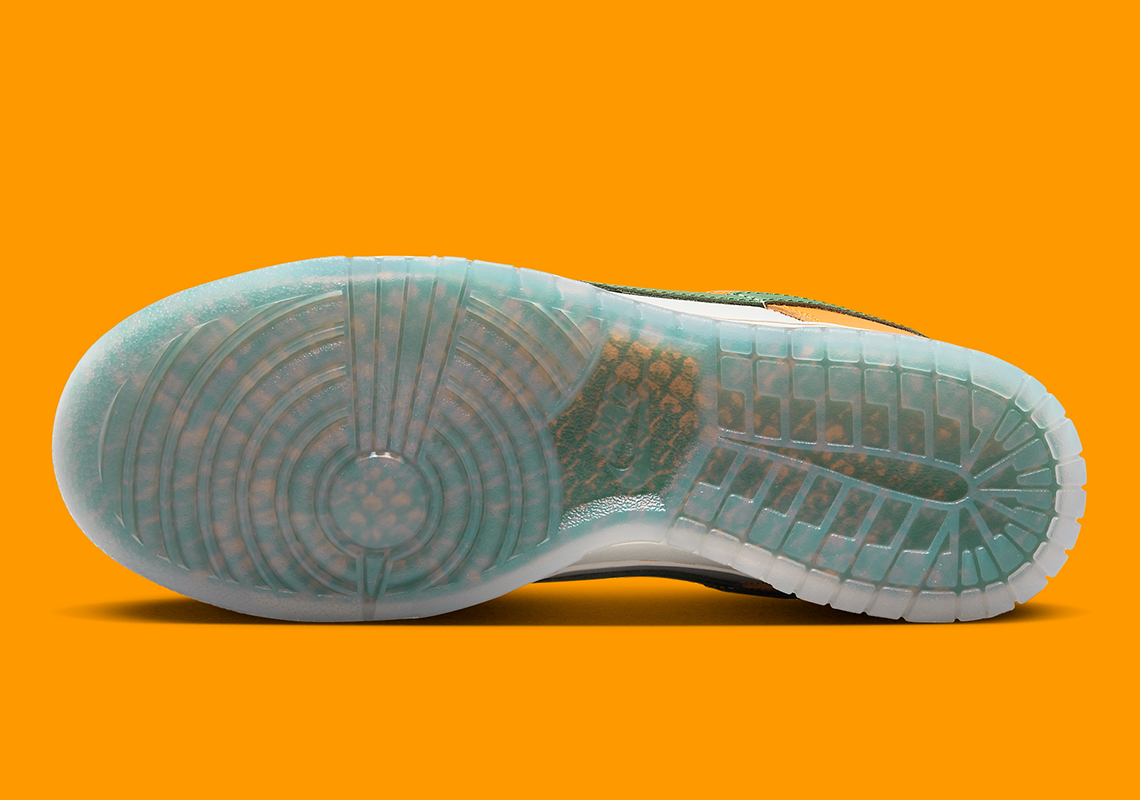 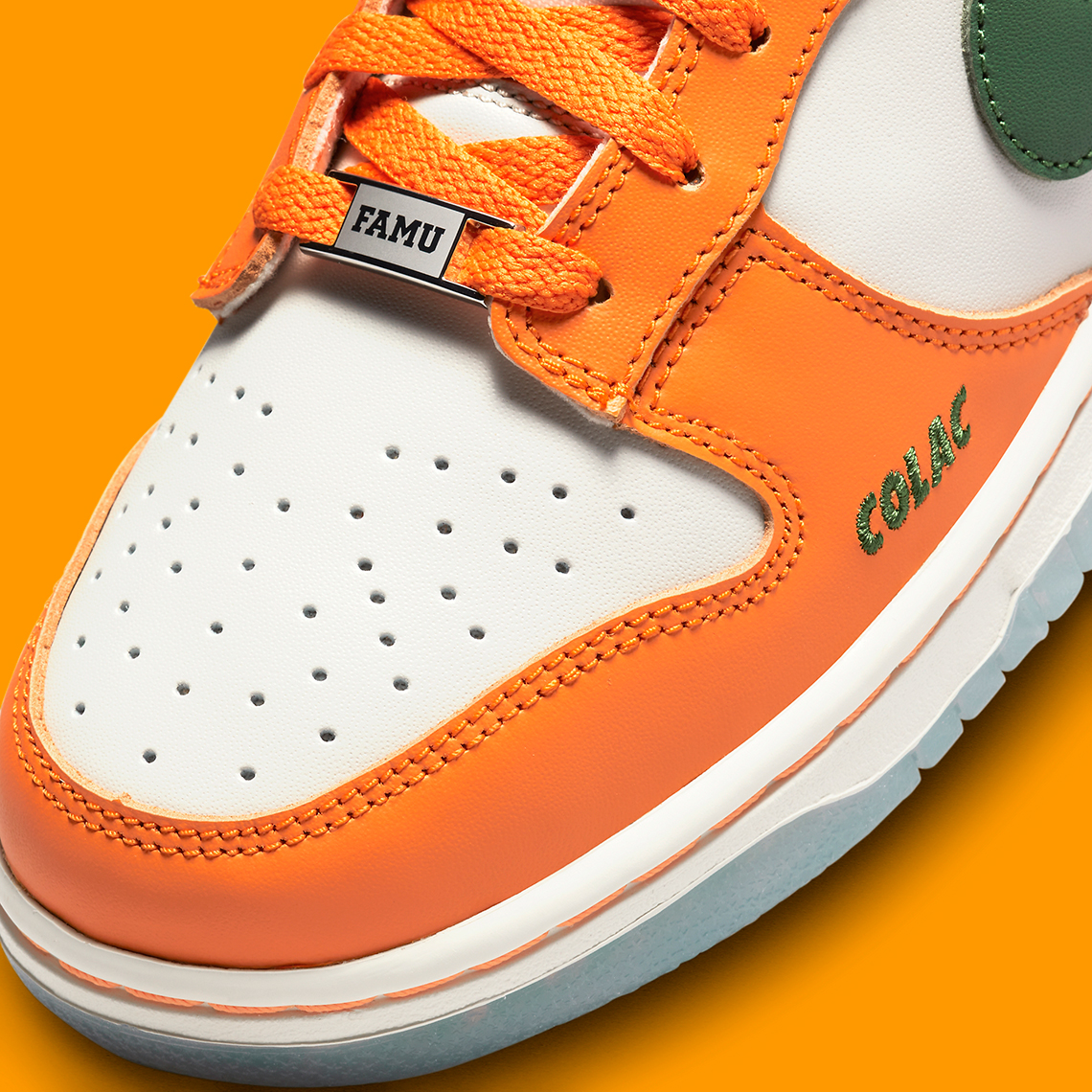 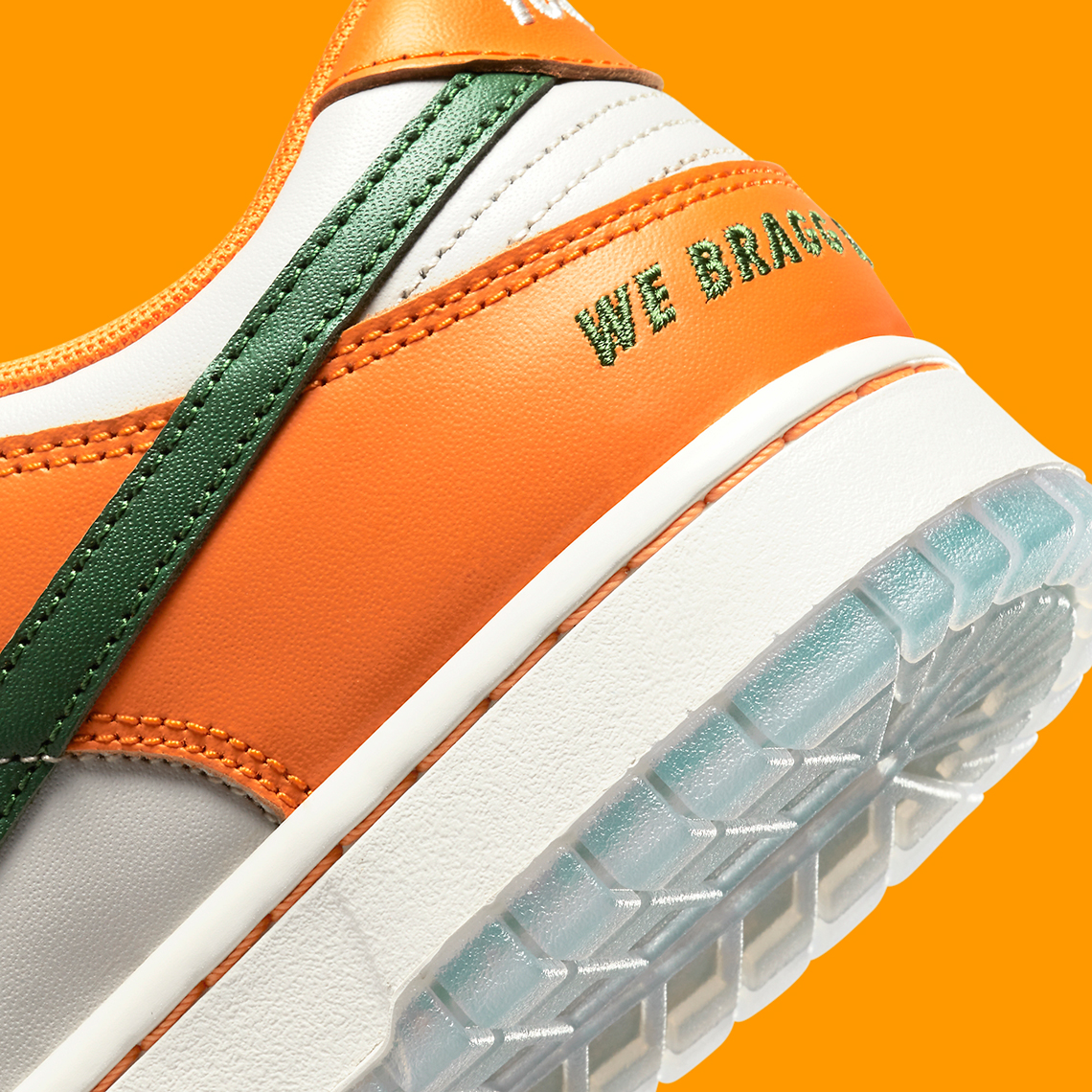 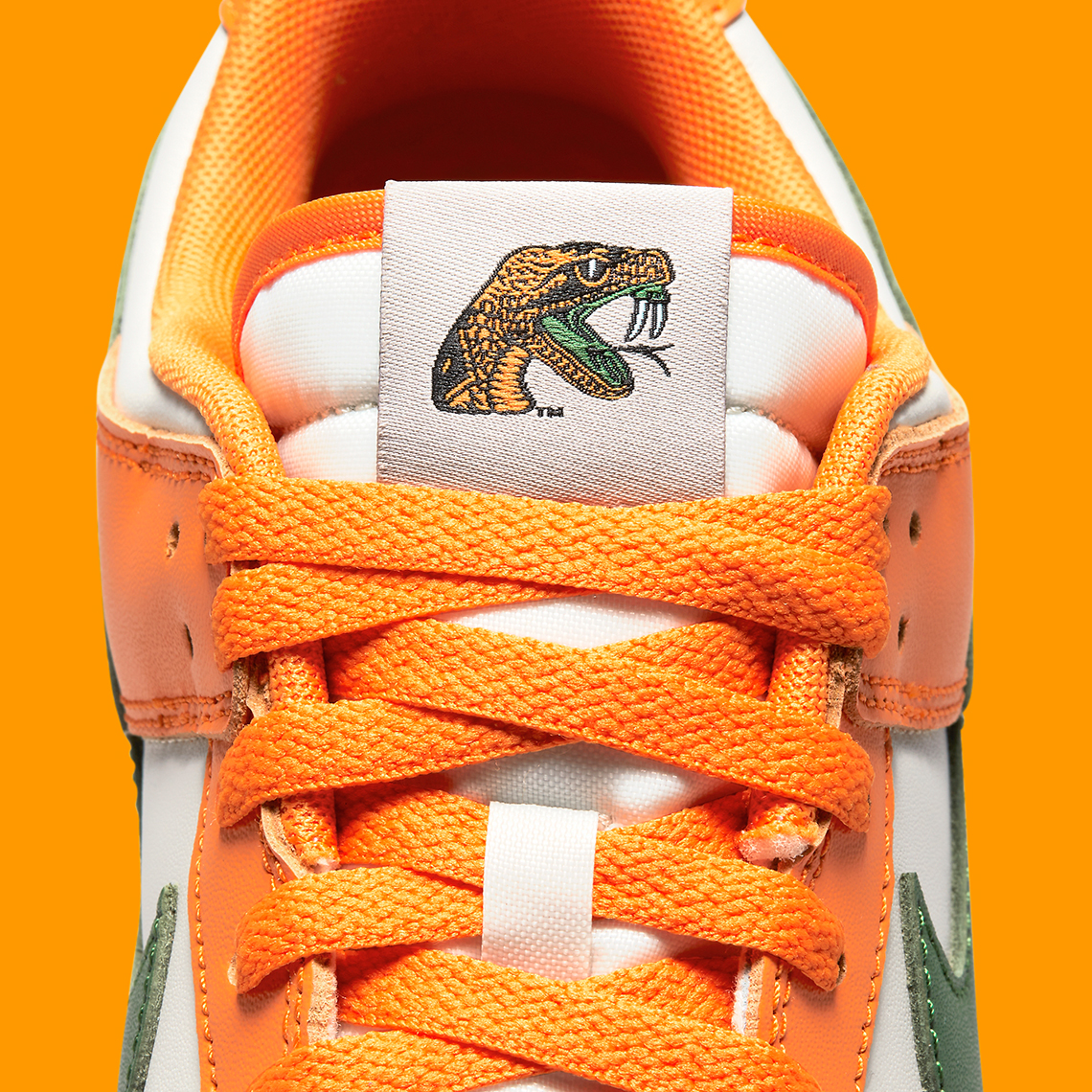 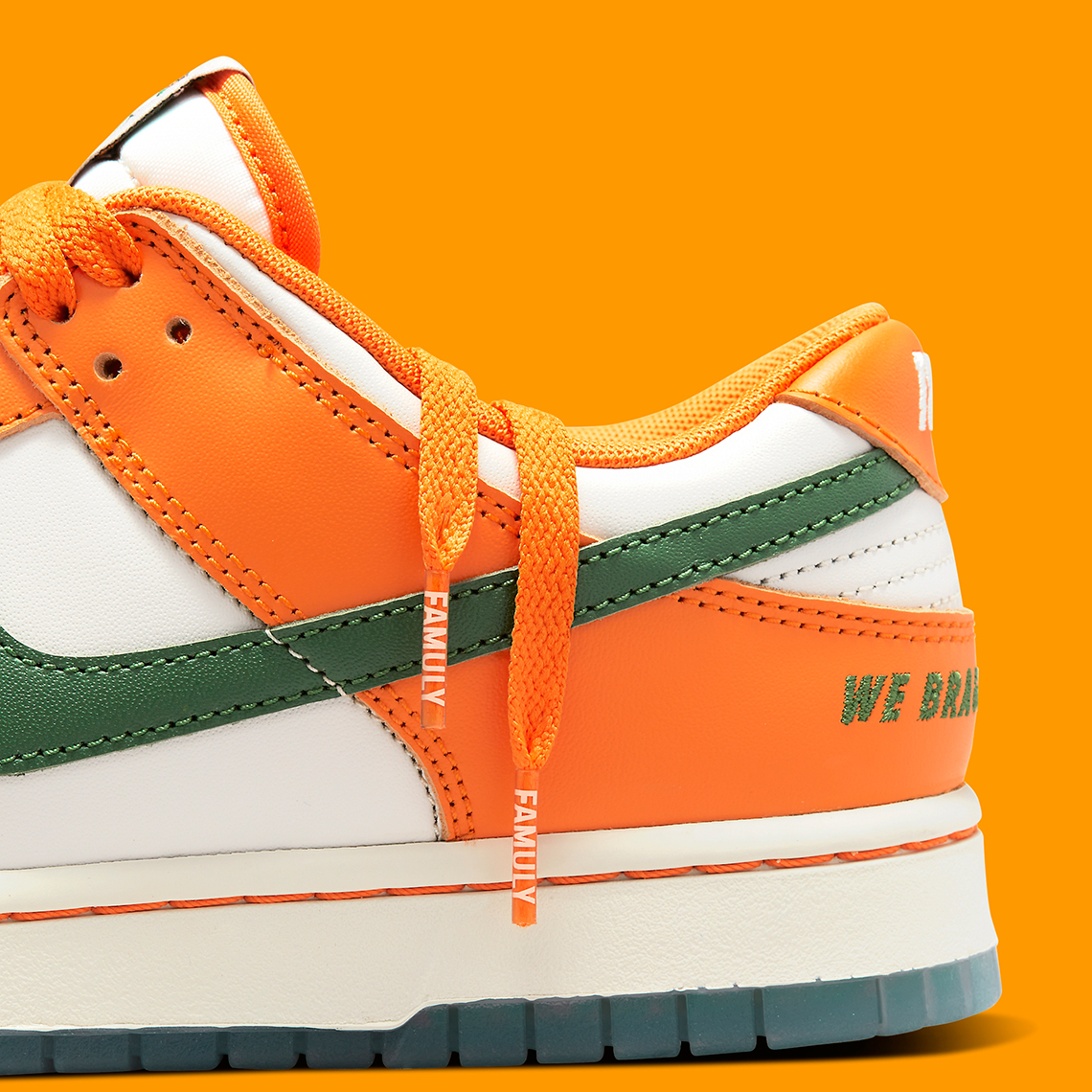 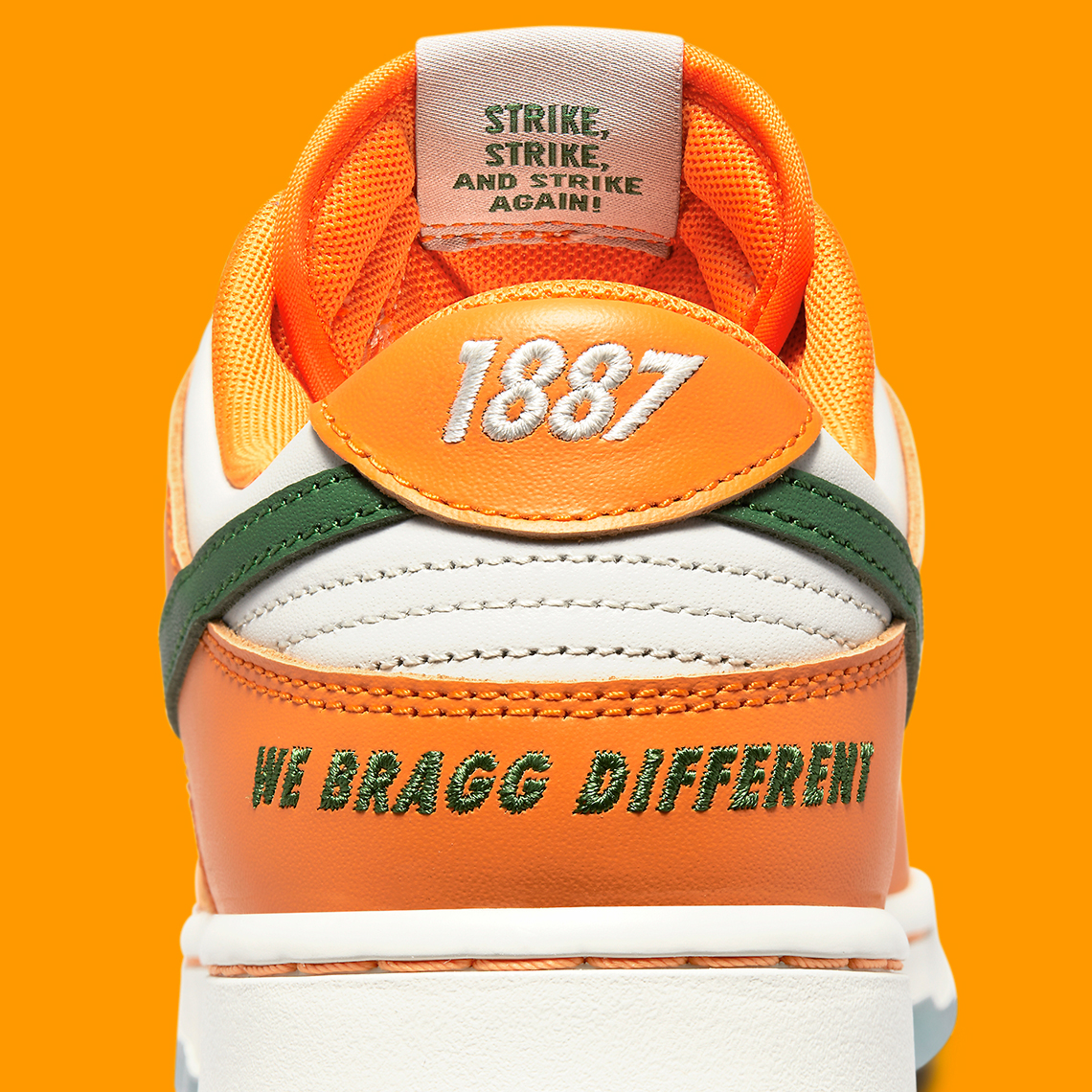 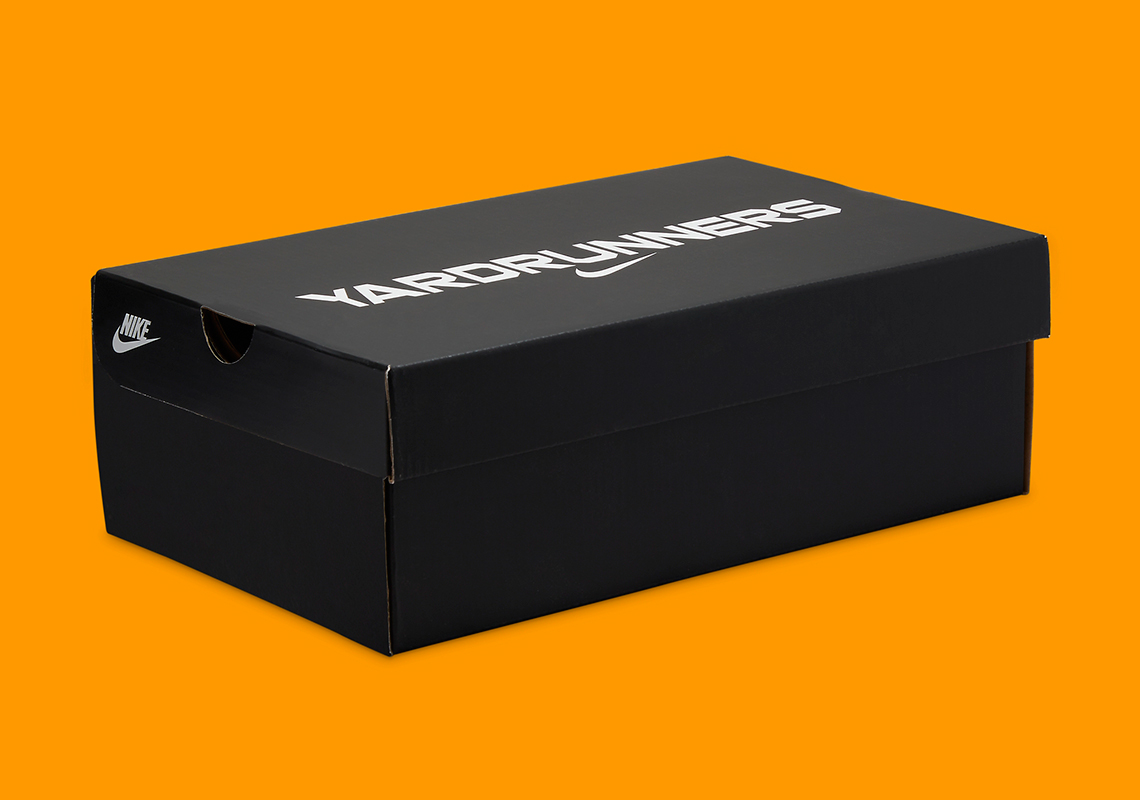