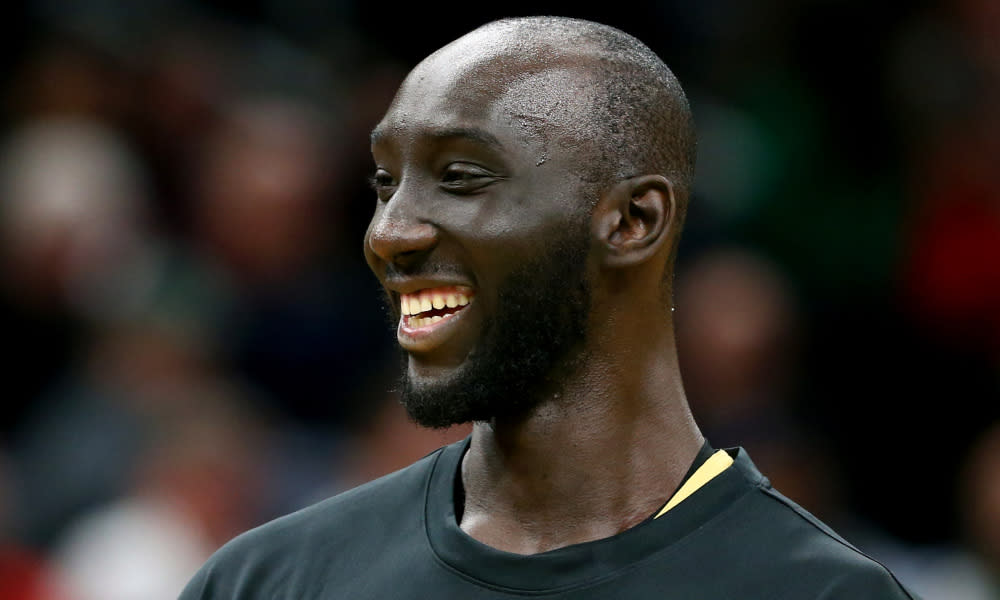 We’ve seen former Boston Celtics big man Tacko Fall on the court playing center, on the sidelines breaking news, and even playing soccer on the pitch. But now the Senegalese center adding yet another chapter to his resume — literally.

The UCF product has penned his first children’s book, called “To New Heights” with co-author and agent Justin Haynes and illustrator Reggie Brown. The tome tells Fall’s story of making the NBA as a small-town boy in West Africa with big dreams and a bigger drive to realize them. “I’ve been profoundly blessed by so many incredible people in my life, people that have inspired me to believe in myself and chase my dreams,” wrote the former Boston big man in an Instagram post announcing the book.

“My book, To New Heights is out today!” he continued. “This is the story of my journey, written with the hopes that it might inspire any kid who reads it, in the same way that so many of you have inspired me.”

Published by Candlewick Press and available in hardcover and digital formats, you can pick up Fall’s new book at most booksellers as of today.

Celtics to add Bill Russell’s No. 6 to parquet floor

Every player in Boston Celtics history who wore No. 15