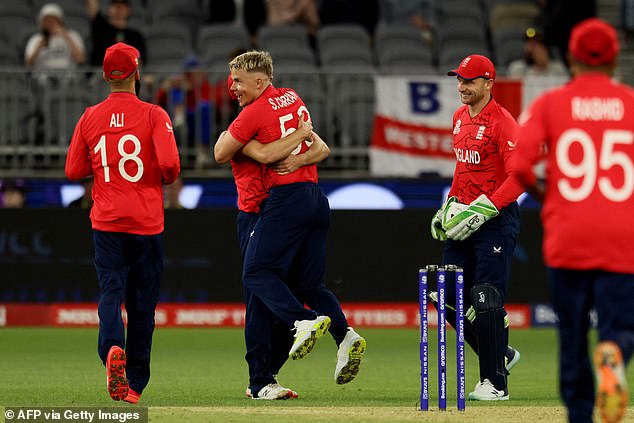 Sam Curran became the first men’s English bowler to take five wickets in a Twenty20 international on Saturday and then set his sights on ruining Australia’s party.

Curran produced exceptional figures of five for 10 and excelled at the death as Afghanistan were bowled out for 112 in a near perfect England performance in the field.

Then, after England had made slightly hard work of reaching their opening World Cup target with 11 balls and five wickets to spare, the left-armer looked ahead to facing an Australian side who earlier crashed to a heavy defeat against New Zealand.

‘We face Ireland first and that will be another tricky game because they’re a dangerous team but there’s no hiding that Friday will be a pretty epic game against Australia,’ said Curran.

‘It will be an incredible experience and hopefully we can go into that game having won on Wednesday. If we then win again against Australia it would be great for us and might leave Aussie in a tricky position.’

Curran, who missed last year’s Twenty20 World Cup with a stress fracture of his back that kept him out for seven months, has excelled in the all-important death bowling role here, particularly now Reece Topley has been forced out of the tournament through injury. 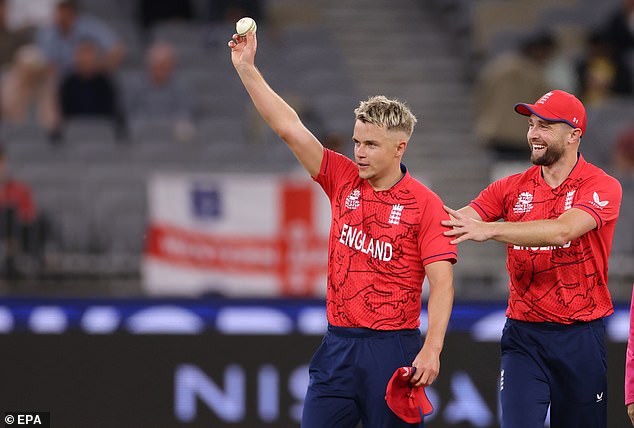 Curran bowled superbly, with great control, to ensure England got their tournament off to a flying start

He was on a hat-trick against Afghanistan and then took two wickets in the final over as five wickets fell for just three runs in 11 balls, a collapse that ultimately proved decisive.

‘Any time you take on a tough situation that’s when you want to be involved and you have to be as adaptable as possible,’ said Curran. ‘Some days it won’t come off but we can take confidence from that performance today for the rest of the tournament.

‘It’s my first World Cup game and the energy when I woke up this morning gave me an extra buzz. I’m really enjoying the pace and bounce in Australia and using the dimensions of the grounds. 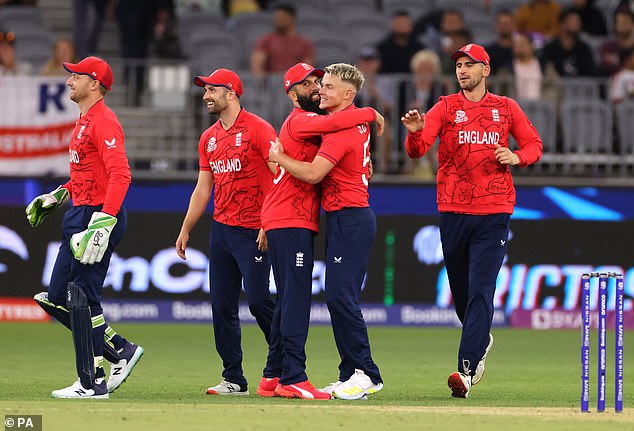 ‘I wasn’t aware I’d become the first England bowler to take a five-wicket T20 haul so that’s great but more importantly that was a fantastic win for us.’

Former England batsman Jonathan Trott was in opposition colours as the Afghanistan coach and was disappointed his side could not get closer to an upset.

‘We were in a decent position but in our last four overs we were 16 for five and the England bowlers were very good in Australian conditions,’ said Trott. ‘We just need to get better at playing the full 40 overs.

‘We knew what we would get from England having watched them a lot. They’re a very good, organised outfit who have a lot of combinations to pick from. So as it was our first competitive game in Australia we did okay.’ 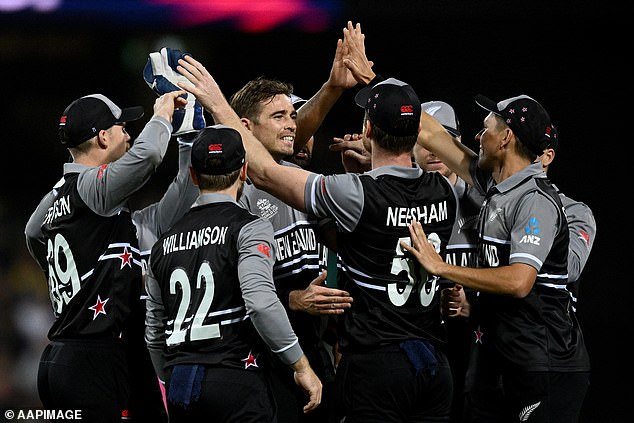