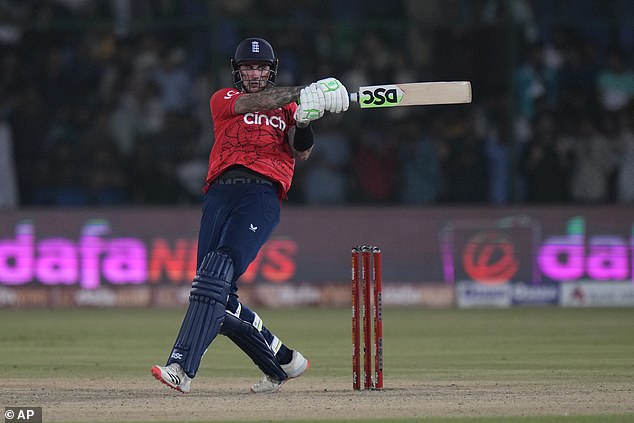 By Richard Gibson For The Daily Mail In Karachi

Alex Hales ended his international exile in style with a half-century that put England 1-0 up in the Twenty20 series against Pakistan.

Nottinghamshire batter Hales celebrated his return with 53 off 40 deliveries and although he was dismissed immediately after reaching his milestone, his innings was enough to make the result under the floodlights of the National Stadium a formality.

The 33-year-old, playing his first England match since being dumped at the start of the World Cup-winning summer of 2019 following the failure of a recreational drugs test, could not match the fluency of Pakistan’s Mohammad Rizwan, who earlier struck a 46-ball 68.

Crucially, though, he dogged it out until just 17 runs were required at less than a run a ball, falling to a miscue to mid-off off Haris Rauf immediately after his seventh boundary had taken him to that comeback 50.

Earlier, Moeen Ali, captaining in the country of his heritage with Jos Buttler recovering from injury, won a crucial toss. Statistics show that 60% of floodlit T20s in Pakistan are won by teams chasing.

And so Pakistan were condemned to their first-ever loss in white-ball internationals in Karachi with four balls in hand when Harry Brook, the dominant partner in a 50 stand with Hales, launched Shahnawaz Dahani through the covers for his seventh boundary. 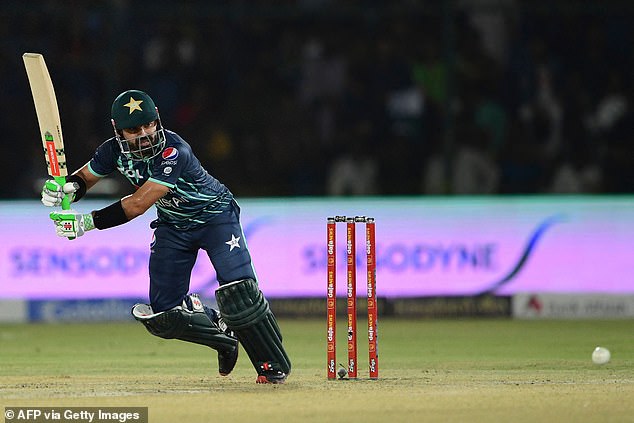 The Yorkshireman finished on 42 not out and highlighted why England believe his versatile game is suited to next month’s bid to win the World Cup.

Both teams had come into a contest, the proceeds from which will go to Pakistan’s flood relief, incorporating new faces.

Ben Duckett had not featured in any format for England since the week after Hales’ absence began while Luke Wood enjoyed a stunning debut with three wickets at the death of Pakistan’s 158 for seven. 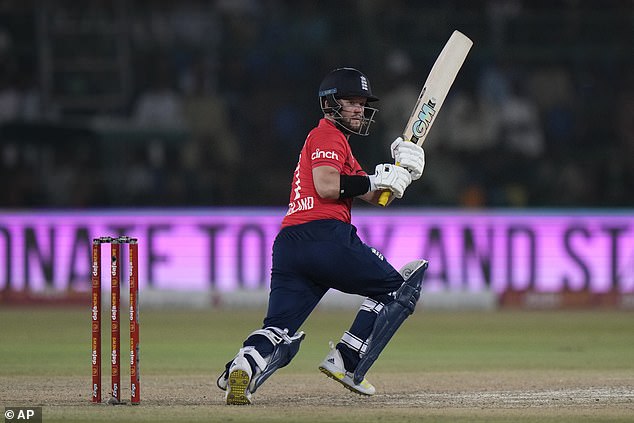 It completed an innings of two halves for the Pakistanis in their first home match against England on their own soil since 2005.

Despite their outstanding records in T20 cricket, Pakistan’s openers Babar Azam and Mohammad Rizwan came into this series under a cloud of negativity.

Babar retains a ranking of three in the world rankings but has had his place within the national side questioned amid accusations in Pakistani cricket circles of slow scoring, with some suggesting it is a legitimate tactic for opponents to keep him in rather than try to dismiss him. 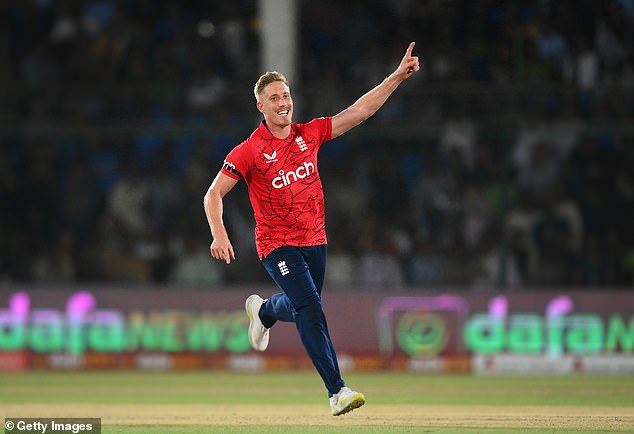 Stung by the criticism, he produced a counter-punch to race into the 20s from 10 balls, and was seemingly putting an horrific Asia Cup campaign in which he mustered just 68 runs in six innings behind him.

Similar accusations of ball-chewing were levelled at Rizwan, owner of the highest T20 international batting average by anyone to have played 20 innings, although when he burst into life here after a cautious beginning, things looked ominous for a much-changed England team.

But Adil Rashid altered the momentum of the innings in the 10th over when he speared a googly through Pakistan captain Babar’s defence. 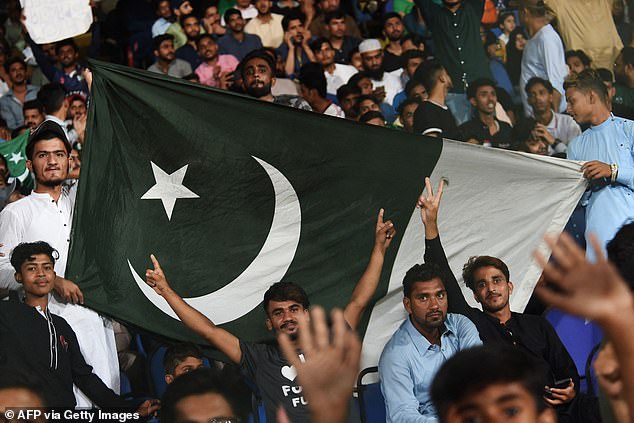 From 85 for one, Pakistan lost their way as Haider Ali and Shan Masood, making his debut in this format following a strong season with Derbyshire, heaped pressure on Rizwan with their inability to find the boundary.

It encouraged Rizwan to leave his crease with fatal consequences, as Phil Salt completed the easiest of stumping off Moeen, in between the departures of the other two as Pakistan lost all three for 11 runs in the space of 11 deliveries.

It forced the hosts to readjust their ambitions on a pitch that slowed up considerably once the ball got softer and left England, with Hales the conductor of the chase, needing to score at less than eight an over to mark the historic occasion with a series-opening success.