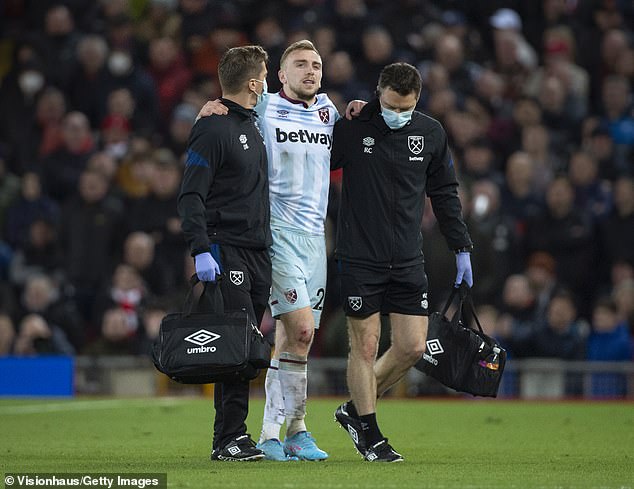 England candidate Jarrod Bowen will have a scan on a heel injury after limping out in clear distress during West Ham’s 1-0 defeat on Saturday night.

Bowen was hurt after being caught by Andy Robertson as he shaped to shoot early in the second half and though he tried to continue temporarily, the pain forced him out of the action to be replaced by Said Benrahma.

The 25-year-old, who has featured in West Ham’s last 79 Premier League games, must be considered a serious doubt for Thursday’s Europa League tie against Sevilla and will hope he is not ruled out of a possible first England cap against Switzerland later this month.

‘It looks like something in the heel. It happened in the tackle with Andy Robertson,’ said Hammers boss David Moyes.

‘He ran back to the edge of the box and went down. I was hoping it wasn’t too bad but I didn’t like he couldn’t put any weight on it when he came off. It’s not an obvious-looking injury but I’m not a physio. He will have a scan.’

Jurgen Klopp consoled Bowen when he came off, with Liverpool having been previously linked with the player. Moyes saw the gesture as good sportsmanship rather than anything else.

‘I had a chat with Jurgen before the game and he was very complimentary about our team so no problem,’ said the Scot. 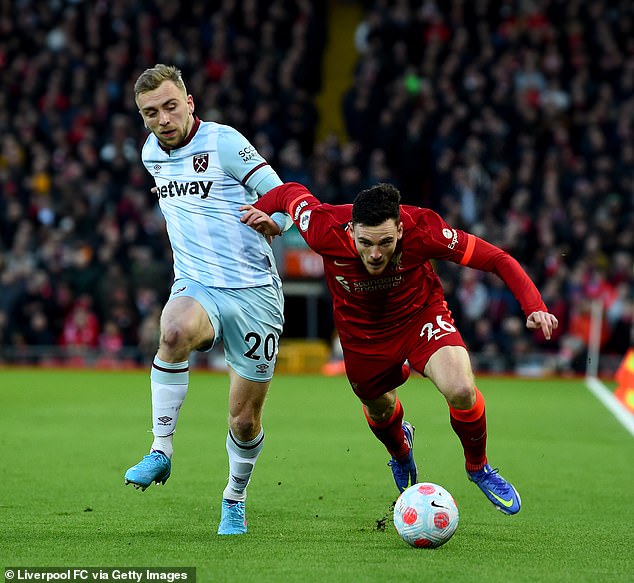 West Ham, who were missing the influential Declan Rice, were unfortunate to be beaten by Sadio Mane’s first-half goal, with Moyes also unhappy about a late tackle by Diogo Jota on Pablo Fornals.

‘I thought we played better than we’ve done in recent games.

‘We had one or two huge opportunities. Michail Antonio played really well but we are lacking that bit of being clinical.

‘Pablo Fornals is one on one with the goalie, Lanzini controls one in the box and I never thought he could put it over the bar from where he was.’

West Ham hope Rice will have recovered from flu-like symptoms to face Sevilla. 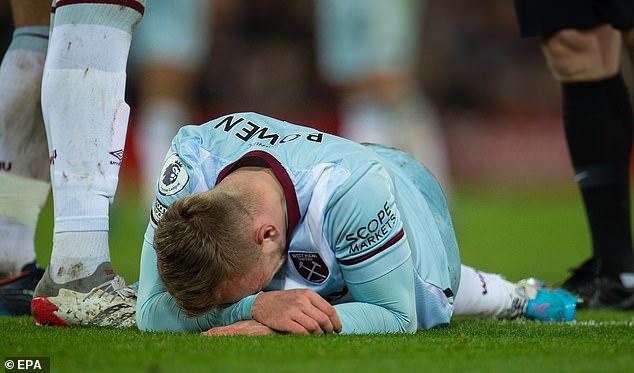 Liverpool’s seventh league win a row was testimony to their growing strength in depth, with Jurgen Klopp playing the closing stages with a front three of Mane, Luis Diaz and Jota after Mo Salah was taken off to rest before Tuesday’s Champions League tie against Inter Milan.

Klopp said: ‘We needed to bring in fresh energy and now it looks like we have top quality in depth. There’s no chance you can win games like this if you keep the same team all the time.’

Klopp was still unhappy with the number of chances that Liverpool presented to West Ham, particularly when Fornals was allowed to run on goal with only Alisson to beat. He lobbed the keeper but Trent Alexander-Arnold ran back to sweep the shot off the line.

‘There was no pressure on the ball in midfield, Ali [Alisson] stayed really calm and Trent was then able to clear the situation,’ said Klopp. 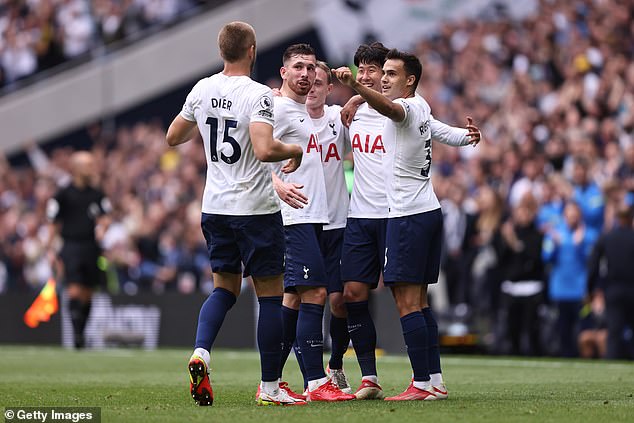 Cristiano Ronaldo is back and more: 10 reasons we CAN’T WAIT for the Premier League to return 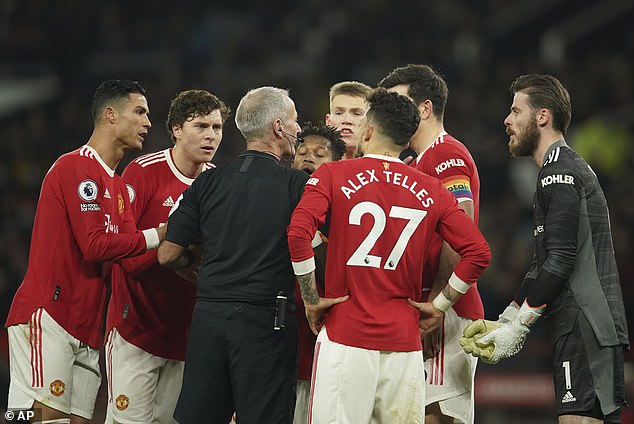 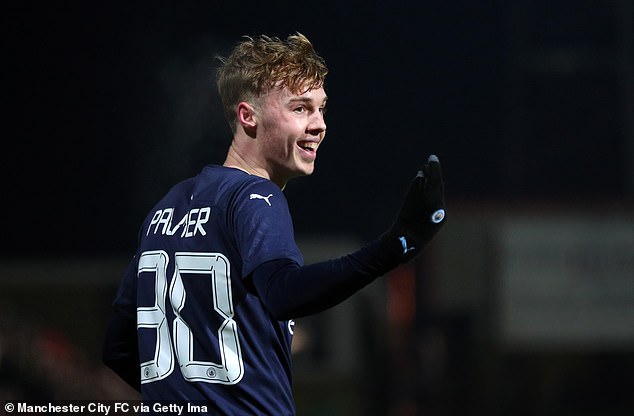